Ji Nuan lifted her head from where she was laying in the cold prison and glanced towards the guard who had thrown a plate of cold rice on the floor. She did not move to sit up.

“Acting aloof? You love to eat, and yet you’re not eating!”

The prison guard reached his foot in and cruelly crushed the rice under his feet.

He had heard that this Ji Nuan dared to attempt to murder Miss Yun from the Yun family, who had specially ordered him to torture her well in prison.

Ji Nuan sat in the corner; her eyes fixed blankly on the dirtied food on the floor.

Outside the cell, the sound of the television could suddenly be heard from the prison guard’s room.

“Shine Group’s CEO Mo Jingshen has returned to the country today. Right now, he has arrived at Hai Cheng-”

“Shine Group is Asia’s largest banking enterprise. Mo Jingshen officially took over the company seven years ago. Today his position as a corporate ty* is unshakable…”

Ji Nuan’s silent expression froze in an instant. She rushed up to the door, trying her best to look out of it.

The prison guard turned around to see her sorry figure kneeling by the door with a frantic expression. Her hands held tightly on to the cold cell door; her red eyes fixed towards the television.

“What are you looking at? Do you even know whom the news is speaking about? A woman like you doesn’t even have the right to help such a person adjust his shoes.”

Indeed, the person that she was today was not even worthy of tying Mo Jingshen’s shoes.

It did not matter if this person who had become Shine Group’s CEO was once her husband ten years ago.

She was once ambitious, proud, and stubborn. All she wanted was a divorce, to completely push away this man who spoiled her and always protected her within the palm of his hand.

For a whole ten years, he never once showed up again.

But what did the television say earlier?

Mo Jingshen returned? He came back from America?

From the television came the voice of the reporter struggling to ask his question: “CEO Mo! Rumors say that the two of you married two months ago in America. Is this trip back to the country meant to bring your beloved wife-”

That is true. Not mentioning his status today, even ten years ago he was an influential figure. With his good looks, no one could match up to him. Countless rich ladies had lined up dreaming to one day marry him.

Right now, he must be very happy.

“CEO Mo, you don’t often speak in front of the media, but since this is a rare occasion when you’ve returned to the country, could you speak about Shine Group’s current…”

“Is the lady following behind you Mrs. Mo? Mrs. Mo is indeed very beautiful.”

A sweet female voice then spoke up. “I apologize, Mr. Mo won’t be accepting any media interviews. Everyone, please move back.”

Hearing that voice, Ji Nuan felt as though lightning struck her.

That voice… is her sister Ji Mengran!

The Ji Mengran who suddenly disappeared right before the Ji Family went bankrupt!

At that time, when she insisted on a divorce, it was this sister who encouraged her to try all sorts of incredulous methods including cutting her wrist to suicide, causing Mo Jingshen to distance from her gradually before eventually divorcing her.

Ji Nuan began to laugh. She laughed till the point where her lungs hurt.

“Since CEO Mo won’t be giving any interviews, will Mrs. Mo be willing to say a few words?”

The reporters remained persistent in their questioning. Ji Mengran followed behind Mo Jingshen; her face brightened up with a smile.

Yet, at this moment, Mo Jingshen spoke up. His voice was apathetic with no warmth whatsoever. “She is not Mrs. Mo.”

Ji Mengran’s smile stiffened. Uncomfortably, she licked her lips to hide her embarr*ment.

Indeed, she is not…

The surrounding reporters fell into a weird silence until suddenly a voice rang up, “Rumours say that since CEO Mo divorced ten years ago, there has not been another woman…”

Ji Nuan suddenly could not hear the sound from the television anymore.

A sharp pain suddenly came from her abdomen, causing her to fall against the floor as blood rose up from within her chest, spurting out of her throat.

It seemed that these people had been slowly feeding her poison in the past three months.

Finally, was her life going to end here?

It was as though she was being roughly intruded upon in an instant.

It hurt to the point where her body stiffened. A whimper escaped from her lips, but was instantly quietened by the man on top of her who sealed her lips with a kiss.

The next time she regained consciousness, Ji Nuan found herself looking at an expensive chandelier hanging above her.

She laid upon silk sheets that were soft and expensive. It was as though she was laying upon a cloud—it was unbelievably comfortable.

She sat up, staring in disbelief at her surroundings.

This was clearly the room that she once shared with Mo Jingshen in Hai Cheng’s Yu Garden!

How did she return here?

Wasn’t the Yu Garden sealed away a few years ago due to being unoccupied for too long?

The aching pain of her lower body reminded her that this was not a dream. She glanced down at herself; the young body’s skin was soft and white as though it had not experienced the past ten years of pain and suffering. Instead, her shoulder and collarbone were littered with love bites.

She quickly pushed the blanket off herself, rushing into the bathroom to look at her reflection.

Ten years ago, Ji Nuan was Hai Cheng’s most prominent lady. With a face praised by all, she was beautiful to the point where no one could match up. Every man who met her would instantly soften deep in their bones. As long as she smiled, numerous men would offer their lives to her.

Ji Nuan could not believe the face staring back at herself in the mirror.

Had she undergone… rebirth?

Before she could recover from her shock, the room door was suddenly pushed open. A sweet voice called out, “Big sister, last night did you and Brother Jing Shen…”

Seeing the love bites on her body, that voice instantly became sharp. “You slept together?!”

Shock ran through Ji Nuan’s body. Turning around, she saw the sour face of Ji Mengran.

This scene was so familiar…

Not only had she reborn, but she had returned to ten years ago! The very month before Mo Jingshen divorced her!

Last night was the first time she shared a bed with Mo Jingshen after half a year of marriage.

She was always against this so-called family marriage alliance, willfully insisting on a divorce.

Mo Jingshen was always considerate of her feelings and had never forced her.

During the month before their divorce, he endured all of her temper outbursts, and because she said that she didn’t want to see him, he would even work at the office till late, choosing to only return when she was asleep or not at all.

Yet, everything that happened last night… was Ji Mengran’s idea.

She said that so long as Ji Nuan placed some medicine in his wine and found some woman for him, it would be sufficient evidence that he was having an affair. She could then apply for a divorce.

What kind of man was Mo Jingshen? Even if he had no defense in his own home, the moment he realized there was a problem with his wine, he instantly refused anyone from touching him and tossed Ji Nuan—who was about to escape—into their room in a fit of rage.

It was also this night that Ji Nuan saw Mo Jingshen’s other side for the first time in her life.

He was not as calm and gentle as he seemed, and he was not capable of enduring her behavior forever. He had pressed her down on the bed, ignoring her cries and slaps, fulfilling his role as a husband without a care for anything else in the world for the entire night. 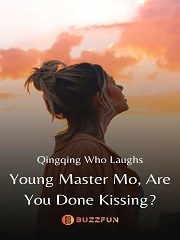 Chapter 1 - Rebirth, Before the Divorce!