It was a midnight and raining heavily...

A black car was running at a high speed towards the old mansion in an outskirts of the capital. The mansion was a bit old and it seems that nobody stayed there but was maintained in a good condition. Only few lights at the entrance were on.

A car stopped in front of a huge iron gate. Car's door opened and a woman in her late 20's got out of it. The woman looked like was in a hurry and was searching someone. She entered through the gate and ran inside, making her way through the rain. She looked worried and anxious. While running inside, she stopped midway and instead of going towards the mansion door she moved towards the huge garden area which was on the left side. Except at the entrance only the lights in the garden were on. She started running on the pavement which was directing towards the garden. After crossing few trees, she stopped at a certain distance away from a patio, which was in the centre of the garden.

A circular shade supported with 4 strong pillars having a beautiful design carved on it. There were two small semi circular wooden tables to sit inside it. It located in the centre of quite a big circular fish pond and was connected to the land with small wooden bridge.

Her expressions changed as if she found what she was looking for and got relaxed while breathing heavily. In that shade, there was a figure facing in an opposite direction to where the woman was standing. It was a man in his early 20s. He was wearing a white shirt and black pant. His suit jacket was lying on one of the semicircular sitting table. Shirt's sleeves were folded upward and his hands were tucked in his pant's pockets. Top two buttons were undone showing part of his strong chest and collar bones.

His features were sharp, pointed nose, deep black eyes, strong jaw line, thin and attractive lips, his skin was fair and looked radiant in a light emitting from the orange shade light bulbs which were hanging to the ceiling of patio. His build was strong. his black hairs were quite damp and messy may be because of the rain and pointed downward towards his eyes. His expressions were blank with his eyes staring in the dark without any emotions.

The girl soaked in a rain walked forward and stopped few steps away from him.. She called his name, "Lu Lijun!!". He noticed it but there was no reply. She was angry but she controlled it and said again, "Do you have any idea, how much everyone is worried about you? Everyone one is searching for you out there. Let's go back!!"

"I don't want to." He said without looking at her.

"Then what do you want to do Haaaaa!!!? Ok let it be then. I am not here to handle your tantrums. Just give me an answers to my questions so that I can explain it to others. Why did you walk out of your marriage at the last moment?? Tell me!!"

Still there was no reply from him as he was not feeling guilty about anything and she got more irritated. Then she just started asking him all the things she had in her mind without a pause.

"How can you do this to Liwei ? Do you know how much you hurt her? If you didn't want to marry her why did you agree for that? Why did you give her false hopes. And what about father?? How can you make him lower his head in front of everyone?"

She was burning with an anger shouting at him. But there was no reaction from him. He was calm just staring blankly in a dark. There was only a sound of rain and wind.

After getting no reply from him , she yelled again. "Lu Lijun!! I need an answer. What's in your mind?? What are you thinking to act so recklessly?? Why are you being like this? Just tell me, why did you do that ?? Whyyy??

He turned slowly, took one step towards her and while looking in her eyes he said, "Because I love you YuYan". His voice was calm and when he called her name his eyes were filled with a love and warmth. He looked very relax as if the burden on his heart had been lifted.. He looked calm and compose just staring at her.

She was shocked that her eyes were wide open, shakingly she took few steps back and stood there with a support from the pillar beside her as if she had heard something terrible. She got back to her senses, her eyes were furious. "What did you just say? Are you out of your mind? Are you crazy? how can y....."

Before she could finish her sentence, Lu Lijun Moved towards her, grabbed her hands and pushed her to the pillar besides her. Before she could react he kissed her. She was shocked, tried to push him away but his grip was very strong. More she struggled, more strong it got. after few moments, he stopped kissing but still pressing her against the pole. His face was still close to her as they could feel each others breath. Looking in her eyes he asked, "Why? Am I not allowed to go crazy for you?" And before she could react he kissed her again and this time it was more intense trying to engulf her completely.

He bite her lower lip. She felt a current of pain running through her body. She was still trying to push him away as she was unable to breath. After few minutes he stopped and again looked into her eyes like he was expecting to see something. But there was nothing other than shock and anger. She was furious and asked "w...what do you think you are doing?" She tried to push him away and run but there was no use.

He pulled her back and hold her even more tightly. Caught her left hand behind her back with his right hand and his left hand was on the back of her neck holding her head at a place and then he answered her question while looking into her eyes intensely, "I am loving my wife". Claiming his right on her he kissed and kissed her again like the feelings he kept burried in his heart for long time were exploding at once.... 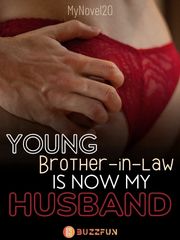