Long’an City was located at the south of China and was a free and flourishing second-tier city. It was currently summer, the leaves and branches of trees swayed around, young males and females who were dressed trendily walked around in the city, instilling fresh blood into this steel city.

When night fell, the entire city blossomed out a gorgeous color which made others to not be able to help but become infatuated with it and thought to themselves that it was really great to live in this era.

At Long’an City, there was a very special leisure bar, the bar was opened at a remote small alley where there was basically no stream of people. But what was strange was that, at the bar’s door, there was a long queue, and looking at the gender of the people that were in the queue, females occupied 80% of the queue!

When you raise your head, a signboard could be seen.

Within the queue, many young females were discussing in a low voice.

“Whether the boss comes or not, it all depends on his mood. If his mood is good, he would even mix a gl* of liquor. Last time, someone was fortunate enough to be able to drink the liquor that the boss mixed and the person fainted on the spot due to being too happy.”

“Seems like you all are new here, the boss of this bar is not only a formidable bartender, he is also a magician. With my own eyes, I saw how the blue color flame fluttered around like a fairy on his palm.”

“That’s right, I won’t forget that day for my entire life, under the illumination of the blue flame, the boss’s face…was simply too…sorry! I can’t think of any words that could describe how good the boss look. It would be great if I can have a relationship that is more than friendship with the boss once, my saliva is about to drip out by just thinking about it…”

“Beautiful woman, I advise that you better not think about it anymore, I heard that the boss have severe mysophobia, only clean females would be accepted by him.”

Outside of the bar, a quarrel was immediately started, and soon after, the quarrel turned into a one on one fight where one scratched towards the other and one pulled the other’s hair. However, the males who were queuing up at the side were having a feast with their eyes. The reason the males came here was not to see the boss, they came because this place had the most females, which means that they would have much more chances.

However, after waiting until early morning and time for the bar to close, they still did not see the boss appear. Thus, they could only leave with disappointment, the boss truly could only be discovered but not be sought.

“Call your boss to come out! I have waited here for 3 nights already, and I have not even seen the boss once! Isn’t it just a man? I will take you as my sugar baby for 5 million rmb!”

A gorgeously dressed woman couldn’t help but step out and shouted out angrily. The woman was indeed somewhat pretty, just that the cosmetic on her face was a bit thick. After shouting, a little cosmetic fell from her face.

“Lady, please do not make a racket.” A security guard ran over in large strides and said politely.

The gorgeous woman snorted and said, “I am just going to make a racket, what are you going to do about it! Isn’t it just money! I do not lack money! Call your boss to come out, if not I am going to tear this place apart!”

At this moment, the sound of steady footsteps rang out at the staircase, and all of the females looked towards the staircase. Just the image of a black leather shoes was enough to make the females within the bar to screech.

When the entire person appeared, it became entirely quiet within the leisure bar, and only the sounds of the swallowing of saliva could be heard. Those sound did not belong to the males, and was the females!

The male wore a black color western suit, with a white shirt inside. His collar was opened, giving others an unrestrained feeling. A silver ring was worn on the index finger of his right hand. On the silver ring, strange symbols were carved on it. The pitch-black eyes of the male were able to captivate the females even more, and his entire face was incomparably distinct. Everything of this male was just so incredibly perfect, not having a single blemish at all. Just a look at that male and one would be deeply absorbed under his charm. Right now, everyone finally believed that there was really such a perfect male in this world.

If this boss was an unconstrained male, it would be the most fortunate thing for every woman. However, this male’s temperament was cold and detached. Very rarely was the male ever seen smiling, and furthermore, he did not care about beautiful women at all.

The gorgeous woman swallowed her saliva with all her strength. It was indeed the same as the rumor, the boss was handsome to the max! Incorrect, ‘handsome’ shouldn’t be used, the boss was already outside the extent of ‘handsome’.

“I heard that you are looking for me.” Ye Hua slowly walked to the front of the female. The latter only felt as if a big mountain was pressing down on her and did not dare to look straight at the pair of pitch-black eyes.

The gorgeous woman did not have the overweening attitude that she had just before. Stretching out her right hand trembling, the gorgeous woman said mumbling, “This…is…5 million, I…I want to…”

“What do you want?” Ye Hua asked lightly. His tone seemed as if it possessed a devilish nature which was able to make others felt intimidated.

The gorgeous woman exerted all of her strength and said, “I want to take you in as my sugar baby!”

After hearing that, Ye Hua did not have any bit of emotion fluctuation at all. After sizing up the woman with a quick look, he said indifferently, “Your nose and canthus have undergone surgery, your chin was done quite well, and those breasts…well, those breasts are real.”

“Look at your body, which part of it would be able to make me feel excited?”

The gorgeous woman’s eyes were opened wide, as if she had just seen a ghost, retreating backward step by step. The cheque that was within her hand fell onto the ground powerlessly, just like her body. While she was retreating back, she accidentally tripped and fell onto the ground with her butt. Finally, she was not able to bear the psychological blow in her heart and cried out like a child. No one had ever questioned her beauty and allure, but right now…

“How many does this count?”

“Eh…the number is too much to count already. In any case, every time when the boss appears, there would always be a woman who is looking for stimulation. As for someone like me who understand my own situation, just looking at the boss is enough for me.”

“Haha, it is the same for me, this kind of man is definitely not someone that we can handle.”

Ye Hua did not even take a look at the gorgeous woman and said towards the security guard, “Drag her out, it is very irksome.”

“Alr…alright boss…” The security guard said with a somewhat incoherent speech. Every time when he saw the boss, he would feel very nervous. Don’t think wrongly, this kind of nervousness was purely because of being afraid only.

After a good while, all of the customers that were in the leisure bar left. Ye Hua walked into the bar counter and blended a gl* of strange looking drink for himself. The drink was dark green color, and within the dark green, there was a line of scarlet, seemingly like a strand of hair revolving around within the wine gl*. The female employees who were cleaning up the bar looked at Ye Hua foolishly. However, one of the beautiful female employees seemed to have made a firm resolution as she took out a letter from her pocket. On the letter, there was a heart on it.

“Tang Wei, don’t go!” A female employee at the side immediately spoke out to stop her.

However, this female who was called Tang Wei still advanced forward bravely. When she came to the front of Ye Hua, she held the love letter forward with both of her hands, and her beautiful face hanged down slightly, not daring to look straight at Ye Hua.

Ye Hua took a look at her indifferently, then placed his gaze back onto the wine gl*.

“Boss…” The girl’s voice was very pleasant to hear, and her looks was also not bad. White skin and exquisite facial features, if it was in a school, she would be a character who was at the level of school belle. In actual fact, she was indeed a school belle and was currently only working at the bar as a part-time job.

Tang Wei slightly went into a daze, then lowered her head and said, “En.”

“Go and get your wages, you don’t have to come anymore from tomorrow onwards.” Ye Hua said indifferently. Even this kind of fresh and pure school belle also could not attract any billows from his heart, and instead, he fired the girl because of the girl’s confession. 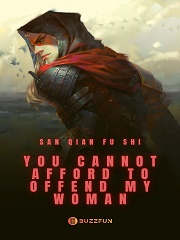