Chapter 2: The Strength of an Ancient Mammoth

Hitting a punching bag? He was an expert at that.

Li Xin was the same age as Duan Ling Tian, and he had been tied to the punishment pillar under the blazing sun, causing his face to turn green long ago…

Hearing Li Rou’s words, he was scared sh*tless and went into a frenzied state while roaring in terror, “Dad, save me!”

“Going too far? Li Kun, usually your son bullies my son. Since his skills are inferior, I accept that slight injury is unavoidable. But this time, your son nearly killed him… Do you really think I, Li Rou, am an easy target to bully?”

“Tian, don’t hesitate and attack. Today, let me see who dares stand in my way of disciplining this junior!”

Li Rou‘s voice was filled with a heroine’s valiant spirit.

Even though she was a woman, the imposing manner she exuded was not a shred below that of a man!

Li Kun looked towards the Patriarch, Li Nan Feng, beside him, hoping he would uphold some sort of justice.

“Seventh Elder, today’s matter is a private matter between you and Ninth Elder. To the greatest extent possible, I hope you can settle it privately.”

“So you’re the one that beat him into such a miserable state?” Duan Ling Tian muttered to himself.

“Duan Ling Tian... let me down if you have the balls, and we can fight one on one!”Li Xin growled, nearly howling, as half of his face had swollen up and his eyes emitted a cold and fierce light.

“One on one fight? Sorry, I’m not interested… As for if I have the balls or not, that’s not something that you should be worried about,” Duan Ling Tian laughed as he spread out his hands and indifferently shrugged his shoulders.

He hurled another slap at Li Xin.

He frowned as he blew on his aching palms while feeling slightly satisfied as he expressed his resentment.

When the surrounding Li Family disciples saw Duan Ling Tian’s actions and heard his words, they were left speechless.

The other guy was already tied up like a punching bag for him to hit, but he still complained that the skin on his face was thick?

What was wrong with this guy!?

“Shoes are still the best after all.”

Bending down, Duan Ling Tian removed a shoe from his foot, took it in his hand, and suddenly aimed it at Li Xin’s face.

This scene caused the surrounding Li Family disciples to feel a chill run down their spines.

“This Duan Ling Tian, he can’t be thinking of using that shoe to slap Li Xin’s face, right?”

“If he really slaps Li Xin on the face with that shoe, won’t his face tear open like a blooming flower!?”

Li Kun could not control himself any longer as he caught sight of this scene, and his body flew out towards Duan Ling Tian like a roc.

Li Rou glided with graceful steps, as if she had turned into both the wind and a celestial maiden drifting across the nine heavens, and arrived in front of Duan Ling Tian a step earlier.

Extending out her delicate hands which radiated with the brilliance of Origin Energy, she slapped her palm towards the oncoming Li Kun.

“Li Rou, today, let me see how strong you really are.”

Li Kun gazed sternly as his hand descended like a giant fan.

Li Kun attacked at full force and drew upon the energy of heaven and earth, creating four ancient mammoth silhouettes…

Just one ancient mammoth had the strength of 10,000 pounds.

The Li Family disciples were watching the battle between Seventh Elder and Ninth Elder intently because it was extremely rare to see an event of such scale.

Under the watchful eyes of the surrounding people, Li Rou and Li Kun’s bodies converged as they exchanged a palm strike.

Both of their bodies jerked; Li Rou’s body was slightly inclined forward, and the white mist above her head developed into ancient mammoth silhouettes as well…

A total of six! The strength of six ancient mammoths!

Instantly, Li Kun looked like an arrow leaving the bowstring. He flew out over ten meters in a sorry state before he could finally stabilize himself.

Li Kun’s face flickered between a pale and green color, whereupon he spat out a mouthful of blood.

With a face full of disbelief, he glanced at the fading silhouettes of those six ancient mammoths above Li Rou.

“How is this possible… The strength of six ancient mammoths… Li Rou is actually a fourth level of Core Formation Stage martial artist?!”

He had never imagined that the usually low profiled Ninth Elder Li Rou, who virtually never lifted her hands against others in the Li Family, would actually have such frightening strength!

The Li Family disciples that were present could not resist drawing in a breath of cold air, “The strength of six ancient mammoths… Ninth Elder is so strong!”

“According to calculations, based upon the strength of six ancient mammoths, Ninth Elder’s strength is around the fourth level of Core Formation Stage.”

“Who could have imagined that the Ninth Elder, who was usually kind and gentle, actually had such strength… If Li Xin had not nearly killed Duan Ling Tian, we might have never had the chance to see Ninth Elder in action.”

“I really never imagined that Mom actually had such strength. Drawing upon the energy of heaven and earth and developing six ancient mammoth silhouettes, she is definitely at the fourth level of Core Formation Stage.”

Duan Ling Tian let out a breath of relief.

In this world, the first stage to becoming a martial artist was known as Body Tempering Stage, which was further separated into nine levels.

Cultivating to level nine of Body Tempering Stage would allow the fleshly body to have a strength of ten thousand pounds.

At full strength, drawing upon the energy of heaven and earth would become possible. It could be developed it into an ancient mammoth silhouette, allowing one to possess the strength of one ancient mammoth.

Above the Body Tempering Stage was the Core Formation Stage.

The biggest difference between the Body Tempering Stage and the Core Formation Stage was Origin Energy.

After achieving level nine of the Body Tempering Stage, producing Origin Energy would allow one to advance to the first level of Core Formation Stage.

As their cultivation increased, the level of power that could be controlled would increase as well.

Thinking up to this point, a smile appeared on the corner of Duan Ling Tian’s mouth.

“Tian, nobody will bother you now… You can continue.”

The shoe in Duan Ling Tian’s hand would definitely slap down upon him, and it was no joke!

Li Kun’s face was grim, but, due to his fear of Li Rou, he did not dare to make a move.

The shoe in his hand descended mercilessly.

Instantly, Li Xin emitted shrill cries, like that of a pig being slaughtered, as a clear shoe print appeared on his face.

Every time his shoe descended upon Li Xin’s face, the Li Family disciples that were present would feel an uncontrollable shiver run through their bodies. Just hearing the sound of the shoe slapping against Li Xin’s face was enough to make them cringe.

Duan Ling Tian murmured in his heart, and only he knew who he was talking to.

While following behind his mother and leaving the courtyard, Duan Ling Tian noticed that Seventh Elder’s glare, which emitted a sense of bloodthirst and hatred; it was as if he was waiting for a chance to swallow him up…

He had seen this kind of gaze countless times in his previous life.

A person who had this gaze was an unscrupulous person who would use any means available to achieve his goal!

That’s why, in his previous life, whenever someone gazed at him in this way, he would get rid of them before they could pose a threat to him.

In order to live in this world, where only the strong were revered, he could only rely on himself.

What he needed desperately was strength... Formidable strength!

There were three rooms in the courtyard; Li Rou, Duan Ling Tian and the servant girl each lived in their own room.

Duan Ling Tian greeted Li Rou as they returned to the courtyard before heading back to his room.

She didn’t contemplate any further and presumed that her son experienced a change after enduring such a shock.

How could she ever know that the body of her son was still present, but his soul had been switched for another.

After returning to his room, Duan Ling Tian sat on his bed with a gloomy expression on his face.

From those foreign memories, he found out that the original owner of this body was sick and fragile from a very young age.

If he wanted to succeed in body tempering, reach the first level of Body Tempering Stage, and become a martial artist, it would be as difficult as ascending the heavens!

Suddenly, a string of eerie and husky laughter, like that of a ghost, resonated inside Duan Ling Tian’s mind.

“Kid, I didn’t think you were that lucky; for your soul to survive that! But nothing has changed… Wait, you’re not that kid. Who are you?! Damn it! You actually dared to snatch away the body that I wanted. Die!!” the husky voice was suddenly filled with cruelty and rage. 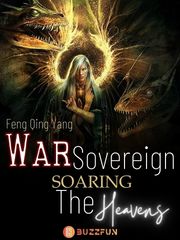 Chapter 2: The Strength of an Ancient Mammoth