Gu Xijiu encountered a critical issue when she woke up; she could no longer recognize her surroundings anymore!

There were muslin curtains, antique porches and interlocking wooden brackets, winding corridors and the like. She looked out via the gaps along the corridor - a crescent moon glowed in the sky flanked by numerous stars. It was then she noticed that she was lying horizontally on the shoulders of a few people carrying her!

She was stunned and involuntarily moved a little. At this moment, she realized that she was naked!! A thin layer of a blanket was wrapped around her tightly, head to toes, revealing only a pair of her eyes.

She peeped at the two men walking, who were carrying her.

Both of them looked strong and muscular, donning an outfit of a Chinese ancient fighter. They were able to walk silently despite carrying a person. It seemed to her that they must be good at martial arts.

Gu Xijiu was clutching her fists tightly in the blanket.

She was cruel and also the top killer in the modern world. However, she never expected to be betrayed by her closest trainer, Long Xi. He was also a doctor; someone she trusted and loved wholeheartedly. Gu Xijiu even thought of marrying him.

However, he attempted to put her to sleep by drugging her, as he wanted to transplant her heart for his sick fiancée.

Long Xi did not expect Gu Xijiu would be awake in the process of the surgery...

She killed him in the operation theater and pierced through his heart...

She was supposed to be dead, but she had no idea how she came to this strange place, instead of meeting the God of Death.

Of course, she knew she was not in a movie set.

She had traveled to a different space!

She had now taken the form of this body, which has been wrapped tightly like a traditional Chinese dumpling, to be transported towards a luxurious hall.

Both men were walking hurriedly and arrived in front of the hall entrance in a blink of an eye. The doors opened outwards silently...

"Ah… Ah… Help! Ah… Help me! Ah… No, please… Ah!" The girl moaned and screamed helplessly inside the room which distracted Gu Xijiu from her thoughts. She quickly screened across the place and frowned.

The displays in the hall were magnificent, both pieces of furniture were made from rosewood and the floral folding screen made from the shell of hawksbill sea turtle had highlighted the immensely luxurious design.

The most luxurious furniture in the hall was the super king-sized bed with cascading curtains and there were the two fair, interlocking bodies romping on the bed...

The guy on top looked like a young man of about 27-28 years of age. He was a charming one with a green, jade hairpin on his head and his long hair was left hung upon his shoulders. His muscular build was faint but looked great and strong, and the edge of his lips was curving upwards with a cold grin.

The girl at the bottom looked really young - she had beautiful features but she did not seem to be enjoying herself as much as her other half. The girl looked pale, with her mouth slightly opened. Her voice was getting softer and her hair was dampened by her sweat. Apparently, she was in extreme pain.

The jerk was f*cking a young girl! Who the hell was that?

The two strong men carried Gu Xijiu and entered the hall. However, that did not distract the guy, as he was banging her more rapidly instead!

The young girl could not take it anymore and fell unconscious after moaning a few times. Her pupils dilated and she had stopped moving.

"Damn it!" The guy was cursing softly and flipped over from the top of the girl’s body. He kicked her off the bed.

The girl did not move at all, and her face had turned yellowish with blood flowing from the edge of her lips. Nobody knew whether she was still alive or not.

"This is extremely useless! Feed the dog in the m* graves with her!" The guy exclaimed, with a tone of extreme dissatisfaction.

The lead male protagonist had many different roles in the story, with his main character being a Holy Master. My dearest reader, stay tuned for more! 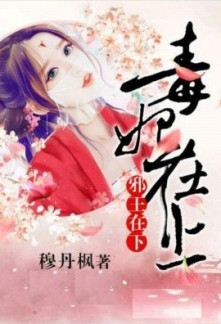