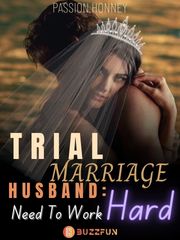 On the wedding day, her fiancé and his lover had a love affair and eloped. Her eyes were dim, she seized the man in front of the Civil Affairs Bureau.”To sum it up, your bride is not here, my groom ran off, wouldn’t it be better if we… fight together?”. Before marriage, she said, “Even on the bed, between me and you, there will not be anything!” After the marriage, he said, “Do not try, how do you know?”