In the five-star Peninsula Hotel in D City.

Li Qianluo's 22nd birthday party has drawn to a close. With redder cheeks as if being heavily rouged, she staggered.

After the elevator arrived at the eighth floor, Fu Xinru held Li Qianluo's hand more tightly and determined that she should not let Li Qianluo and Qi Zeming sleep together.

Upon making a decision, she pulled Li Qianluo towards the room at the end of the corridor. A waiter had just provided room service and was about to leave.

"Hey, leave the door open please. My friend is in this room. I'm going to visit him." Without any suspicion, the waiter pushed the dining car and left.

Fu Xinru saw a tall man wearing a bathrobe from behind, telling that he had just taken a bath.

A male is OK! She pushed Li Qianluo into the room hard without any hesitation, and rapidly closed the door.

She raised her head to look for the camera. Luckily, the room was located at a blind area which was not covered by the camera.

After smoothing her wavelike long hair, she headed for another suite as if nothing had happened.

In the dim room, Li Qianluo, dazzledly, saw a man turning around and looking sharply at her.

She shivered, thinking that how cold-eyed he was.

Her uncomfortableness, however, made her stop thinking. She staggered to her feet and walked towards him. She needed something. But she had no idea what she needed actually.

"GET OUT!" Si Jinheng saw her face clearly when they were less than three meters apart.

The professional designer had fashioned her long black hair into a gorgeous and elaborate braid, demonstrating her elegance and grace. The white full dress further highlighted her charming body shape and *y butterfly-shaped clavicle.

The lower hem of the dress, decorated with small shining diamonds, was like an arc, thus showing her long white leg on the right.

The 8 cm spindly-heeled sandals with diamonds could demonstrate her pleasant, frank and sincere personality.

She unmannerly kicked off one of her limited-edition high heels. One meter away, he saw her face flushing in an unusual way.

"I'm not feeling well. Could you give me a cup of cold water?" Li Qianluo was trying to kick off the other high heel.

Finally, the shoe was thrown three meters away, after she put her right arm around the man's neck and lightly took off the sandal with left hand.

From the faint smell of her perfume, one can tell that it was a world-famous brand - Indulgence - made from middle note white water lily and lily of the valley fragrances.

From the top to the bottom, she only made people think of elegance and grace. A rich young lady entered a wrong room? Is that possible?

Si Jinheng pulled down her slender arm around his neck without hesitation, and walked towards the door.

Li Qianluo failed to support herself and knelt down on the white carpet, with one hand held by him.

"What's going on here?" Si Jinheng became impatient, shook her hand off, and was going to call the front desk.

As soon as he picked up the phone, Li Qianluo had stood up without his noticing it and wrapped her arm around his waist from behind.

"I'm not feeling well. Please save me." Her soft begging had special charm in this dark night.

"So who told you I would arrive at D City today, and who sent you..." Si Jinheng put down the phone and looked at her coldly and sharply.

Before he finished the words, Li Qianluo pushed him hard to the sofa behind, and immediately pounced on him.

Si Jinheng tried to calm himself down, sneered, and gave her a good shove without any hesitation.

Well. He had to admit that this woman was very charming. But the one sending her here must have underestimated his self-control.

Li Qianluo staggered back several steps before keeping her feet. She could barely hear what that man said. The only thing she knew was that she suffered more and more as his charming thin lips opened and shut.

She unfastened the invisible zip at the back, the dress falling onto the carpet without making a sound.

In front of her naked body, Si Jinheng was losing control. It seemed that he got a strong rival who sent a very charming woman.

Though being not sober, Li Qianluo pounced on the man again as she noticed that he was going to throw her out.

Si Jinheng was surprised by her normal reaction over the next few seconds. Then he slowed down and changed positions several times. At last, he showed no mercy.

It was not until dawn that they fell into a deep sleep.

Li Qianluo woke up from the deep sleep, as the air conditioner was set at a very low temperature. She opened her eyes, meaning to pull the quilt back so she could go back to sleep well.

She looked for the quilt and found that it was lying on the floor.

Wait! Something's wrong. Why did she ache all over? Why was she sleeping in the hotel?

She sat up suddenly and found that this deluxe room was occupied by her own, while noticing that on the floor were their clothes and a... bathrobe?

She looked at her body in shock. As an adult, she absolutely knew what happened to her.

Xinru handed her upstairs to take a rest last night. What happened then? Who was that man?

Damn it! She cannot remember at all.

Sitting on the big bed in a daze, Li Qianluo tried to weep, but failed to shed a tear.

She got off the bed, struggled to move to the window with weak legs, and opened the curtain.

The dazzling sunlight indicated that it was late. She guessed it was already afternoon.

Li Qianluo cannot figure out why such a * thing would have happened to her. What the heck was wrong?

Looking out of the window, she knew that she was still in the Peninsula Hotel. It was beautiful outside. The breeze blew and swayed the curtain, bringing in flower fragrance. The pink curtain was flapping in the wind. It was really beautiful. But she had no desire to appreciate the beautiful scenery.

She had no clue. She rubbed her sore eyebrow, sighing. Such being the case, all words would be useless.

On the bedside table were two exquisite packing boxes. She opened the boxes and saw a white chiffon dress.

Li Qianluo planned to take a bath and leave this place as soon as possible. She trudged to the bathroom and found some expensive men's toiletries. These must belong to that man, she guessed.

She shook her head, and turned on the tap of the bathtub. After the tub was full of water, she soaked in a warm bath.

"Who on earth was that man last night?" She tried to recall the past wild night and muttered. 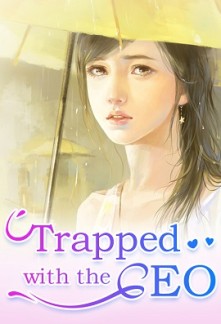