In a forest infested by monsters, two miles away from Ye City in the Qingxuan Continent, located in Donghua Nation...

"Heavens above, is this your idea of a joke?!"

A "black ball of charcoal" pointed at the sky and cursed at it as it stomped on the ground with a hand on its waist.

The charcoal ball fell from the tree with a thud and lay on the ground in a dead faint.

After the "black ball of charcoal" fainted, a person actually fell from the sky, landing on the ground dozens of feet away from it with a loud thud.

The "black ball of charcoal" regained consciousness soon after. It was about to continue cursing when it remembered the lightning, which had just struck it. Annoyed, it softly muttered, "God, it wasn't my intention to curse you, but I, Yun Jiu have weathered through so many obstacles to go from a lowly beggar to an awesome secret service agent in the modern world. After secretly escaping from the organization, it's time for me to finally enjoy life. Why have I ended up transmigrating after being struck by lightning?

"Transmigrating is one thing, but why have I ended up in the body of this… young dark-skinned woman?!

"Well, I don't care if she's dark, but why is she a piece of trash who can't even become a cultivator?"

Yun Jiu kept sighing as she grumbled. When she thought of the life story of the person who used to live in the body she currently possessed, she could not help but tear up. Really, why was her original persona so stupid that she just had to do something that was practically suicidal?!

The person's name was Yun Chujiu, and she was fourteen years old. Aside from being dark-skinned, she was also a piece of trash who could not become a cultivator!

Moreover, she was abandoned at birth! She was left alone in a forest in Sunset Mountain right after she was born.

Fortunately, the kind-hearted Yun Zhangqing and his wife found her.

Yun Zhangqing and his wife, Lin Biyun had been married for years, but they had not been blessed with a child of their own. Hence, they decided to adopt Yun Chujiu and raise her in the Yun family.

Yun Chujiu got her name because she was found on the ninth day of the month[1]. Aside from that, she was also the ninth child in the family.

Unfortunately, when Yun Chujiu was five, it was discovered that she was a piece of trash who could not become a cultivator.

Yun Chujiu's misfortune did not end there. When she was eight, Yun Zhangqing and his wife went missing while they were carrying out a family mission. After that, the family lost all contact with them, and no one knew where they were.

As time p*ed, everyone had no choice but to accept the fact that the couple had already died, and they built them tombs using the couple's personal belongings.

Thus, the poor Yun Chujiu was caught in a very awkward position in the Yun family!

She was merely an adopted daughter, and she was a piece of trash who could not become a cultivator. Once she lost the protection of her adoptive parents, the sensitive Yun Chujiu began to have negative conjectures of the Yun family's members. She felt that all of them looked down on her and wanted to chase her out of the family.

That was when an a**hole called Bai Moyu showed up.

He merely spoke some worthless, cringe-inducing words and gave her pastries that were not even delicious (they were, in fact, horribly dry). However, her original naive persona was extremely touched.

It never occurred to her that Bai Moyu was the second young master of the Yun family's arch-enemy, the Bai family. What would the Yun family think of her once they saw her following Bai Moyu around all the time and even flirt with him?

Even though Yun Xiaotian was furious when he learned about what Yun Jiu's original persona was doing, he merely warned and gave her some advice. The reason was that she was still young, and she had lived such a pitiful life. He did not even punish her.

Yet, her original persona was a total moron, and she felt that Yun Xiaotian did that because he could not stand seeing her live a good life. Manipulated by Bai Moyu, she did many things that harmed the Yun family.

Today, the brainless neanderthal did something so stupid that it would be a good enough reason for the Yun family to chase her out! 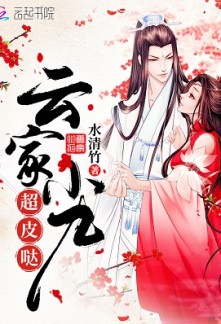