Edited by: I, Vick Ronda and Elk*ar

In the dark of night, a storm is raging.

The violent waves from the sea crashed repeatedly onto the reef, threatening to destroy and devastate the land with each wave. A floating orange colored balloon is being tossed about violently by the winds, signifying that a hurricane is at hand. Even the sturdy pole, which the balloon is tied to, is rattling so heavily, that it seems as though it would break at any second.

Although the terrible weather is not common in this remote port of Si Qiao, it happens 3-5 times a year. That was why the residents were not alarmed, locking themselves up in their huts with a lighted lantern, while enjoying a meal of salted fish and sorghum wine, and using basins to collect any water leaking from the roof. Everytime this happens, the blankets will also become moist , and by just touching them, moistness could be felt.

Under this atmosphere, a campfire was burning within a tattered shack on the west of Si Qiao town. Within the shack was a mess of discarded rubber tires – the poor people can make this into a cheap and effective rubber boat – and a group of 10 excited dark skinned fishermen gathered around the fire. They were all approximately 20-30 years old youths, and sitting amongst them a youth with deep wrinkles, his beard had already turned grey and his handsome features concealed a hidden sorrow underneath. One look was enough to tell that this was a person who had submitted to his fate.

“Aiya, Aiya, today’s happenings, Sanzi’s move has its merits, but Sheyan’s move is definitely the best!”

The one speaking with rude hand gestures and spitting uncontrolled saliva, was a youth with a facial scar called Gao Qiang. However, it seemed that he has gained the approval of the surrounding men, as they nodded their heads while gazing with admiration at the youth.

Another young man with a pair of thick eyebrows, strong bulging muscles with a sturdy physique, although he had an occasional arrogant look on his face, his gaze remained stable. He was sitting on a worn wooden bench, holding onto a broken bowl. The bowl contained scalding hot water, which required him to blow on it before drinking. Sheyan humbly smiled upon hearing his name, without making any sound, as he nodded his head in gratitude and continued drinking his water.

“Sheyan‘s move is naturally undisputable, but I stabbed it nine times man, a full nine times!” Another big nosed youth, looking in his prime, spoke up loudly as he stood up waving his hands frantically.

“Dammit, that * actually dragged on for 30 meters, another 10 meters and we would all be eating out in the hurricane instead.”

In the corner, a dark and thin youth interrupted him with a laugh:

“Bro Dasi , this time’s fragrant cream yield is definitely no less than 20 kg! Even if we can’t extract it all, we can still get at least 10 kg – this itself is a fortune already, didn’t you always want to refurbish your Fu Yuan(boat)? With this catch you can refurbish at least 10 times and still have some leftover cash to spend.

Dasi was that young man from before, hearing that, he could only give out an honest laugh, brimming with happiness. From birth, he has been raised by the sea, the seawater can be said to be a part of him already. In this lifetime, his boat could be considered his home. Because he adopted 2 orphans earlier on, he did not have time to find a wife and soon after he decided he didn’t need one. He used his entire life savings to buy this old boat even after criticism from others, after buying he immediately refurbished the boat, and that is why up till now he had still not repaid all his debts.

If one’s prosperity were to be measured by one’s kindness and honesty, then Dasi would have been extremely wealthy by now. However, no matter how hard Dasi labored, he could not escape his miserable life of poverty. No matter how cruel the heavens can be, eventually there will be a light at the end of the tunnel. When Fu Yuan sailed the previous day, they actually encountered a lone fat headed beast.

The fat headed beast was a name commonly known to all fishermen in the surrounding areas, it was actually a sperm whale. It has a short and stubby body, coupled with clumsy movements, and a weird appearance as though it has a heavier head than the body, if one were to compare it to something, a million times magnified tadpole would fit the description. The head itself is like a gigantic box, taking up to a quarter or third of its entire size. Its nose is special though, only the left nostril is clear, while the right is blocked, giving an angle of 45 degrees to the front-left when it ejects breathing mist. An experienced fishermen would be able to find traces of a sperm whale through its breathing mist . However, after decades of hunting, the population of sperm whales has been reduced to hundreds across the entire south china sea. Over the past 5 years there has been news of only 3 fat headed beast being hunted, and its rarity can only be imagined at the present.

However, this time the ones who discovered the lone fat headed beast were actually Dasi and his band of dark skinned brothers. The younger men would address Dasi as “Uncle Dasi”. In actual fact, with the layout of their old boat, Fu Yuan, it was impossible for them to have been able to capture this beast. Fortunately, Fourth uncle raised 3 capable and intelligent orphans, who previously found a discarded spear gun at a dump at the pier and made some adjustments to it, and they actually managed to restore it to a usable condition. Initially, they wanted to try out their skills at the shark infested south china sea, how would they have imagined encountering a lone big headed beast.

Soon after that followed a round of intense and persistent chasing.

Even the boat, Fu Yuan, seemed determined to seize this rare opportunity given by heaven. Despite the warnings of a typhoon, it desperately held on to this 10 meters long sperm whale! Apart from fourth uncle, nobody else had experienced hunting a whale on the boat, before in addition to the semi working state of their recently retrieved spear gun. In the raging storms, they failed to hit even after four attempts, alarming the beast causing it to begin submerging deeper underwater.

Then, one of Dasi’s adopted kids, Sheyan, stood up, his body swaying vigorously in the wind like leaves on a tree. Holding the spear gun firmly in his hands, he aimed steadily at his target for a full ten seconds, and at the most desperate of times, he fired a shot.

This one shot ripped through the sperm whale with great ferocity.

In its dying moments, bearing the intense pain, the sperm whale dragged on for an entire 30 meters, causing the ocean to turn red throughout their struggling journey. In the end, it became a helpless human treasure, as the old boat, Fu Yuan, miraculously returned to Si Qiao Port right before the hurricane struck. For sperm whales, although their meat, bones and oil were expensive, the most valuable was their ‘fragrant cream’ originating from their intestines. This item, commonly known to local fishermen, when it was dried up will become the famously known substance ambergris*.

The sperm whale’s primary food is cuttlefish and octopus, after consuming it, it will not be able to digest the sharp tip of the shell and the inner round bone of its meal. Because of this, the large intestine or rectum of the whale will be infected with a disease, which in turn will result in the formation of greyish or black secretions in the small intestine. Subsequently, the secretion forms a thick dark matter stored in the colon/rectum, and by removing the unpleasant smell and adding some perfumes over time, it will form this so called ambergris.

The ambergris contains 25 elements, which are extremely valuable in retaining fragrance of perfumes for a long time. It can also be used as a valuable medicine. Dasi’s prized sperm whale was 10 meters long, which can be considered slightly below average. However, the ambergris can still be sold for a large sum of money.

Thus, the band got together to celebrate, not knowing it is late at night. They have been toiling at sea for about half a month, and right before the hurricane struck, they made it back to Si Qiao Port. The hunting crew immediately felt fatigue after their momentary period of excitement.The torrential rains of the hurricane were predicted to stop only tomorrow afternoon. Dasi was in his hut, laying his bed out on the floor. These fishermen were used to toiling in the sea and do not feel indifferent. Instead, Sanzi and Sheyan had left their house. At the Ma Zhu temple, north of Si Qiao town, they were busy repairing a shed. It was considered their private past-time, even though the storm was heavy, and the distance between their town and here was not short.

As the two pushed open the door made up of nailed wooden planks, a strong and cold wind along with the torrential rain barged in, leaving them with a feeling of having just fought a cold war. In that weather, even the people surrounding a fire have lied down and began groaning and complaining. Sheyan and SanZi, with a cloth draped across their foreheads were struggling to push the door back. At this moment, Fourth uncle hurriedly rushed over to deliver umbrellas and * them back home.

Si Qiao was a small town, which was not even recognized on the world map.

Its specific location was at a little bay south of the border city of Fang Cheng port in Guang Xi, which can be seen from West Vietnam with the naked eye. Administratively, it was so secluded that it was, apparently, unknown to the outer world. Therefore this isolation had given way to a series of smuggling, trading, and thieving activities. The people there all belonged to the grey area of the industry, in the eyes of the law.

The reason the honest Dasi chose to settle in this place was because the boat, Fu Yuan, was a stolen item, and they had no means of paying heavy taxes. Sheyan had already seen how high the tax bills were, which included financial, tax, business, border security, health, government, fishing management companies, village living, etc. However, over here, one only needed to pay protection fees to the ‘big brother’, Huashan Fei.

Due to the threat and pressure from top authority, Si Qiao construction uses relatively inexpensive low quality materials to construct their buildings, which caused an architectural thorn in the * for the people living an illegal life there. Sheyan was already 19 years old, he was older than Sanzi by a few months, and had been working for acquaintances of Fourth Uncle since the age of 14. Because of his composed way of doing things, he had constantly earned the trust and praises of others. At a young age, his reputation had already spread across the entire port as one, whose knowledge and character was second to none. 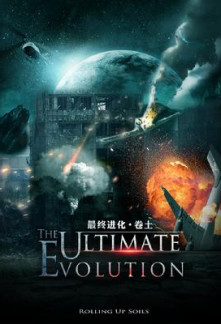