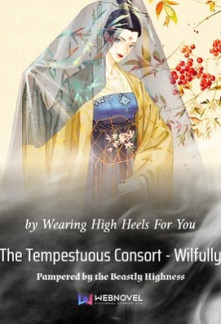 The Tempestuous Consort – Wilfully Pampered by the Beastly Highness

Wearing High Heels For You

“Ride this, my beloved consort!” Instantly rewarded with a punch in his charming face. He looked hurt, “I just wanted you to try out the mythical beast mount!”