Lin Yun suddenly grabbed his head, his face contorted with pain. His head throbbed as his memories came flooding back. Time slowed to a crawl. The few seconds it took felt like hours.

When he opened his eyes, he began to regain his composure. It turns out that he hadn't died but transmigrated instead. He had arrived in this world, Profound Amber, possessing the body of a sixteen-year-old sword slave from the frontier of the Aquasky Nation.

In a weird twist of fate this sword slave was also named Lin Yun. After their memories had merged, he found out that this sword slave had failed to become an official disciple of the sect due to lack of talent. As a result, he was only permitted to do menial labor in the inner sect, with his main responsibility being maintaining the swords of inner disciples and elders. Fortunately, not everyone in the Azure Sky Sect focuses on swords. Hence, he was allowed some free time to cultivate.

In this world, only strength was respected. Thus, it was rare that he still had an opportunity to cultivate as a sword slave. In the Azure Sky Sect, the rules stated that sword slaves could be promoted as an official disciple as long as they could obtain some achievement in their cultivation. This was this Lin Yun’s primary motivation, his sole reason for staying in the Azure Sky Sect as a slave.

Unfortunately, hard work does not always equate to talent. Over his three years of cultivation, he had only reached the second stage of the Martial Path, unable to reach the third stage. In the Azure Sky Sect, he had to reach the third stage of the Martial Path in order to become an official disciple. Despite being one step away, it seemed miles from his reach.

As a sword slave, there was a limit to the time and resources that he could dedicate to cultivation. Still, for the previous owner of this body to be unable to achieve the third stage of the Martial Path after three years, Lin Yun could tell there was no hope for him.

“Since I have come back to life once more, I will live my life well. In this world, I can make my name resound throughout the four seas!”

Lin Yun surprised himself with how quickly he had managed to adapt and set a goal for himself after traversing to another world. Perhaps it was thanks to all the time he spent in his world's legal system. In his previous life, he was a talented lawyer, familiar with the law to the point of having a retentive memory. Hence, he was able to maintain his composure. He had not lost a single case in his entire career.Regardless of the environment, he would be able to keep his composure.

As his fists swished through the air, blowing the fallen leaves on the ground, Lin Yun felt an incredible inner peace as he fell into a rhythm. For some reason, practicing the Ferocious Tiger Fist today was much easier than it had been in the past. He hadn’t been able to comprehend this technique when he had practiced it in the past, so he could only go with the forms. Essentially, he only had the form and not the intent in the past.

But when he practiced it today, something just clicked. Every punch he threw was followed by a heat flowing through his body, instantly allowing him to comprehend this technique. The Ferocious Tiger Fist had a total of eighteen forms. The first fifteen were meant to strengthen the body while the last three were intended for battle. It was a technique that required a certain level of comprehension.

In the blink of an eye, Lin Yun had finished performing the first fifteen forms and he felt a warm current channeling throughout his body. Lin Yun’s eyes became solemn as he embraced the heat that now enveloped him. The Ferocious Tiger Fist technique flashed across his mind and he let out a roar as he performed the sixteenth form, Tiger Roaring in the Forest.

Throwing his fist out, a wave of heat surged through his body and focused into his fist. It seemed as if the image of a ferocious tiger had appeared behind him, unleashing a wild howl. The bones in his entire body crackled, echoing out like the roar of a tiger. In a violent gale, the fallen leaves on the ground were swept into the air and torn into a thousand pieces. The heat continued to flow throughout his body, making Lin Yun feel at peace.

“Internal energy! Crackling bones and this heat! I’m breaking through the second stage of the Martial Path into the third!”

Withdrawing his fist, Lin Yun couldn’t help but smile. He never expected that he would actually reach the third stage of the Martial Path while practicing the Ferocious Tiger Fist. At the same time, he was confused. Why was he suddenly able to comprehend this form so much better than he had before? He had been accumulating himself on the second stage of the Martial Path for more than a year, so it could make sense he managed to reach the third.

In the end, he could only conclude that it was because of his soul. He was, afterall, a genius in the previous life, a talented lawyer with a retentive memory. After having merged with the soul of another Lin Yun, his comprehension was on another level.

“It looks like this world is where my wisdom and intelligence can come into play. The third stage of the Martial Path… I am now qualified to become an outer disciple of the Azure Sky Sect. My life as a sword slave is over after today,” Lin Yun’s eyes grew wide as he muttered to himself, suddenly remembering something. He rushed back into the house and started searching.

At a corner of the wooden house, Lin Yun saw a treasured sword soaking in the icy water.

Without any hesitation, Lin Yun reached for the sword, his entire right hand turning pale from the frigid metal. In the reflection of the water, Lin Yun saw a purple rhombus mark on his forehead. Looking at this mark, Lin Yun grimaced. An eternal mark left behind as long as you’d been a slave for a day!

Putting it out of his mind, Lin Yun took the sword and swiftly headed for the Sword Cleaning Chamber. The sword did not belong to him, but he was tasked to maintain it by an inner disciple in the Azure Sky Sect as all swords require maintenance. Maintenance was required to increase its lifespan, and a treasured sword was no exception. As a sword slave, he was only allowed to have his own home because of his exceptional skills at sword maintenance.

However, it had gotten late! He should have delivered the sword two hours ago, but he had completely lost track of time while practicing the Ferocious Tiger Fist. Lin Yun was vexed. The Azure Sky Sect had a strict hierarchy. Someone in his position could not afford to offend someone. In severe cases, he might even lose his life.

“Here he is, Senior Sister Su!”

There were three people gathered in the corner of the Sword Cleaning Chamber. When they saw Lin Yun enter, a man with a skinny frame spoke out. Opposite him stood a boy and girl. The two of them looked extraordinary, their refined posture a sharp contrast to that of the skinny man.

The girl was especially stunning. She wore an azure robe that outlined her graceful figure, looking so ethereal that one was compelled to avert their gaze. When he first laid eyes on her, Lin Yun was left breathless. According to his memory, the original Lin Yun had a crush on this inner disciple, Su Ziyao.

“Hey, sword slave, why are you so late? Senior Sister Su waited fifteen minutes for you,” The skinny-framed man cursed when he saw Lin Yun walking over.

However, Su Ziyao's face was blank as she spoke out, “The sword, hand it over.”

Lin Yun obeyed, letting out a sigh of relief that she did not pursue the blame. When Su Ziyao took the sword, she took out her handkerchief and wiped it down. But when Lin Yun saw this action, he furrowed his brow as his favorable impression of her vanished in an instant.

Drawing the sword out half an inch, a cold gleam poured from the blade before she swiftly sheathed it again. Her action so quick all anyone could see was a flash of blue light.

What does that mean? Is she treating me like a beggar?

At this moment, the boy sneered, “Junior Sister Su, how kind you are to reward him despite his tardiness.”

Turning to Lin Yun, the boy gave an indignant glare as he gestured toward the bottle, “Why aren’t you picking it up and thanking her?”

The previous owner of this body would have picked it up without question, but he was gone. Was that the right move? Would his first interaction in this world be one of subservience? 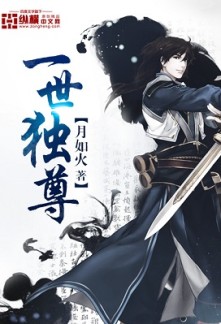