A boy stepped out of the hospital’s front entrance.

The boy was about seventeen years old and was going to turn eighteen soon. He was tall and lanky, and he had a delicate face. However, his tousled hair, wrinkled white button-down shirt, and faded jeans made him look old-fashioned and even poor.

His shoes were worn out badly. One of them had a split heel.

Standing at the front entrance, he inhaled deeply, feeling a little giddy. He lifted his head and squinted at the bright sunlight.

It had been half a month since he first entered the hospital.

That half a month felt like an entire lifetime.

His name was Tang Hao, a resident of Tang Village in the Westridge District. Half a month ago, he had stood up for a random stranger on the streets. Unfortunately, he had been beaten to a pulp and even stabbed by the bad guys. He was sent to the hospital afterward.

The most frustrating part was that the random stranger he had saved disappeared without a trace. The perpetrators were not caught either, so no one could testify that he had been a good Samaritan.

The case was left cold, and he had to shoulder the expensive treatment fees.

Tang Hao was not a rich person. He had lost his mother since he was small. His father had succumbed to a disease seven years ago and did not leave him with an inheritance. After he dropped out of school in the past year, he had been performing odd jobs around the village. His savings of about ten thousand yuan were all spent on his treatment.

This was very disheartening for Tang Hao.

There was a silver lining to this unfortunate incident though. While he lay unconscious in hospital bed because of his serious injuries, He felt warmth from the jade pendant he had been wearing, and a wealth of information flooding into his brain.

He had picked up this jade pendant from the ground on a lucky day, and he had been wearing it around his neck since.

He digested the information after he woke up and realized that the knowledge he had gained was an ancient method of cultivation, among other long-lost domains of knowledge.

Much like many people in this world, he was a firm believer in materialism. He did not believe in anything supernatural like ghosts or deities until this change happened to him.

The newfound knowledge had opened a door to another realm for him and changed the way he looked at the world.

He firmly believed that with this newfound method of cultivation and this knowledge can improve his life.

Facing the bright sunlight, he was filled with determination, faith, and hope.

However, he was brought back to reality in the next moment when his stomach rumbled loudly.

He rubbed on his deflated stomach. “I’m starving, let’s get some food,” he grumbled.

He searched his pockets and could only find a ten-yuan note and three one-yuan coins. ‘Is that all I have?’ His eyebrows were tightly locked together.

“Maybe I can skip a meal…” he mumbled.

He only had a few hundred yuan left in his debit card, and that would not last him very long. If his situation did not improve, he might starve to death.

He pondered his options while pinching the ten-yuan note in his hand. The hunger was unbearable, and so he approached a nearby shaobing stall and enquired. “How about one shaobing, boss?”

The stall owner was a middle-aged man. He glanced at Tang Hao, wrapped up a piece of shaobing and handed it to him. “Three yuan.”

“Heh! The price’s gone up! These are tough times!” The stall owner grumbled.

Tang Hao grunted and handed him the three coins. He looked at the shaobing that was handed to him and sighed again. “Inflation again! How am I going to survive?

“Gotta make some money and earn a living.”

He was a delivery boy before he was hospitalized. He wondered if someone took over his job in the half a month he laid in the hospital.

After wolfing down the shaobing, he took out his phone from his pocket and gave Uncle Li a call.

“Hey, it’s Lil Tang! How’s it going? You’re out of the hospital?” a booming voice was heard from the other end of the phone.

“Good to hear! I’ve saved your spot for you. No rush, you’ve just discharged. Rest for a few more days before clocking in to work!” Uncle Li said readily.

Tang Hao felt a warm current in his heart and a lump in his throat.

Uncle Li was an enthusiastic and sincere man. He had always taken good care of the boy.

“If you say so… Alright, alright! See you tomorrow!”

After some more small talk, he hung up the call.

He hopped on the bus, rode along a bumpy road and arrived at Tang Village.

He alighted from the bus and reached home after another ten minutes of walking.

“Lil Hao, you’re back!” A neighbor greeted him excitedly.

Tang Hao waved and returned the greeting, then continued walking back home.

The houses in this village were all built by the families living there. His house was a small three-story building with a dilapidated facade.

As he reached the front door of his house, a middle-aged man was seen emerging from the house next door while holding a rice bowl. “Lil Hao, you’re back!” he greeted him.

Another shrill voice came from within that house. “Oh, Lil Hao, you’re back! Lying in the hospital for half a month must’ve cost a bomb! Look at you, fighting like a hooligan at such a young age! Shame on you!”

A middle-aged woman with broad shoulders and an equally broad waist emerged from the house next door while speaking. Her arms were akimbo as she cast a condescending eye on Tang Hao.

“I knew that you’re always up to no good! Unlike my Bowen, he’s so obedient and clever! He’ll be entering university soon, and after he graduates, he’ll be an outstanding government official! Unlike you, you’re destined to remain like this for all your life.”

Her tone of voice was shrill, harsh and, unfortunately, very loud. She could be heard from afar. Some fellow villagers looked at them as she spoke.

Tang Hao’s complexion changed as he felt anger well up in his chest.

This middle-aged woman was his aunt. He had always been on her bad side, and she had been treating him like this every time they met.

“What hooligan? I saved someone’s life,” he explained as he tried to suppress his anger.

“Ha!” The middle-aged woman’s lips tightened as she smiled wryly, “You? Saved someone’s life! Ha, what a joke! I didn’t know that you’re a shameless liar too! If you really did save someone’s life, where’s your silk pennant?”

Tang Hao gripped his fists tightly as the anger in his chest multiplied.

The middle-aged woman was relentless. “Who in this Tang Village doesn’t know that you’re a hooligan? You were caught fighting in school and was expelled. I’m ashamed to have such a relative like you!

“I knew since you were young that you’ll grow up to be like this, unlike my Bowen. He’ll be a university graduate and an outstanding government official to bring honor to his ancestors!”

She looked jubilant as she mentioned her son.

Tang Hao’s fists were so tightly clenched that his knuckles turned white. He inhaled deeply, cast her an evil glare, then walked into the front door in big strides.

“Ha! I wonder where this little whelp learned how to glare at his elders!” The shrill voice rang from outside.

The mocking continued for a while longer before it ceased.

Tang Hao whipped up a simple meal in the kitchen and went upstairs.

The sky was darkening. He lay in bed as he watched the stars emerge in the night sky. His thoughts wandered, thinking long and hard about many things, and what he should do in his future.

Drowsiness soon took over and he fell asleep. 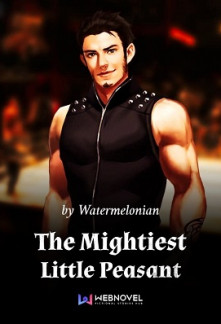