She needed a man.


Alexandria Maria McKenzie stared into the small homemade campfire in the middle of her living room floor and wondered if she had officially lost her mind. The piece of paper in her hand held all the qualities she dreamed her soul mate would possess. Loyalty. Intelligence. Humor. A strong sense of family and a love for animals. A healthy income.


Most of her ingredients were already cooking. One hair from a male family member—her brother was still *ed. A mix of scented herbs—probably to give him a tender side. And the small stick for…well, she hoped that didn’t mean what she feared.


With a deep breath, she threw the list into the silver bucket and watched it burn. She felt like an idiot for creating a love spell, but she had no options left and little to lose. As the owner of an eclectic bookstore in a trendy upstate New York college town, she figured she was allowed some quirks. Like sending up a prayer to Earth Mother for the perfect man.


Alexa reached over and grabbed the fire extinguisher as the flames leaped. The smoke rose and reminded her of the burnt pizza crust on the bottom of her toaster oven. She crinkled her nose, shot the spray in the middle of her carpet, and went to hunt up a gl* of red wine to celebrate.


Her mom would have to sell Tara.


Alexa grabbed a bottle of cabernet sauvignon and thought about her dilemma. Her bookstore was mortgaged to the hilt. The cafe expansion would take careful planning and there wasn’t a dime to spare. She looked over the Victorian loft apartment and easily calculated there was nothing to sell. Not even on eBay.


She was twenty-seven and probably should live in a stylish condo, with designer clothes and a date every weekend. Instead, she took in homeless dogs from the local shelter and bought chic scarves to update her outfits. She believed in living in the sunlight, being open to every possibility, and following her heart. Unfortunately, none of those traits would save her mother’s house.


She took a sip of the ruby red wine and acknowledged there was nothing left to do. No one had enough money, and this time when the tax collector came, there wouldn’t be a happy ending. She was no Scarlett O’Hara. And Alexa didn’t think her last-ditch attempt to make a love spell to lure the perfect man to her door was going to help.


Her mouth fell open. My God, was it him? She looked at her grungy sweat pants and cropped shirt and wondered if she had time to change. She got up to rummage through the closet, but the bell rang again, so she walked over, took a deep breath, and reached for the knob.


“About time you answered the door.”


Her hopes plummeted. Alexa stared at her best friend, Maggie Ryan, and scowled. “You were supposed to be a man.”


Maggie snorted and walked in. She waved a hand in the air, flashing cherry red nails, and flopped onto the sofa. “Yeah, keep dreaming. You scared your last date off so I won’t be setting you up again. What happened here?”


“What do you mean I scared him? I thought he was going to attack me.”


Maggie raised a brow. “He leaned in to give you a good-night kiss. You stumbled and fell on your *, and he felt like an idiot. People kiss after a date, Al. It’s a ritual thing.”


Alexa tossed the remaining trash into a bag and scooped up the bucket. “He had tons of garlic at dinner and I didn’t want him near me.”


Maggie grabbed the wine gl* and took a healthy swig. She stretched out long legs clad in black leather, and hooked her high-heeled boots over the edge of the battered table. “Remind me again why you haven’t had * in the last decade?”


Alexa gave up and laughed. “Okay, you win. Why are you gracing me with your presence on a Saturday night? You look good.”


“Thanks. I’m meeting someone for drinks at eleven. Wanna come?”


Megan made a face and drained the rest of the gl*. “You’ll be better company. He’s a bore.”


“Why are you going out with him?”


Alexa dropped next to her on the couch and sighed. “I wish I could be like you, Maggie. Why do I have so many hang-ups?”


“Why don’t I have any?” Maggie’s lips twisted in self-deprecating humor, then she pointed to the bucket. “So, what’s the deal with the fire?”


Her friend threw back her head and laughed. “Okay. What’s that have to do with the bucket?”


Alexa’s cheeks flamed. She’d never live this down. “I made a fire to honor the Earth Mother,” she whispered.


“Hear me out. I’m desperate. I still haven’t met Mr. Right and another small problem came up I need to solve, so I combined both my needs into one list.”


“One of my customers told me she bought this book on love spells, and when she made a list of all the qualities she looked for in a man, he showed up.”


Now, Maggie looked interested. “A man appeared in her life with all the things she wanted?”


“Yep. The list has to be specific. It can’t be too general, or supposedly the universe gets confused with your desires and sends nothing. She said if you follow the spell, the right man will appear.”


Nothing like another single female to make you feel better about the quest for a man. Alexa tossed her the little fabric-covered book, feeling less like an idiot.


She waved toward the bucket. “Burned it.”


“I know you have another copy under your bed. Forget it, I’ll get it myself.” Her friend stalked off toward the canary yellow futon and stuck her hand under the cushions. Within seconds she held the list triumphantly between bright red fingernails, and licked her lips as if she was about to dive into a lusty romance novel. Alexa settled on the carpet and slumped over. Let the humiliation begin.


Alexa braced herself for the explosion.


“Baseball?” Maggie shrieked. She waved the paper back and forth in the air for dramatic effect. “Damn it, how can you make your number one priority baseball? They haven’t made it to the World Series in years! It’s a fact in New York there are more Yankees fans than Mets fans, and that wipes out most of the male population.” 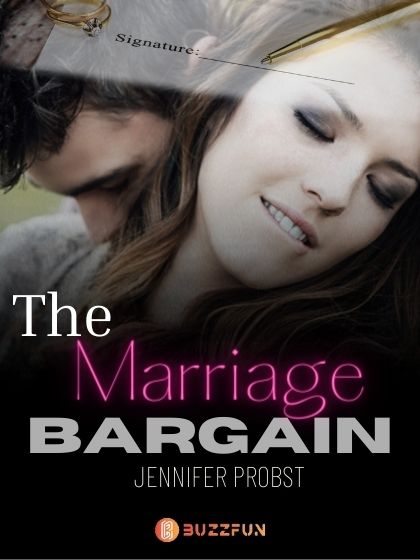