The Fire Crow darted out, transforming into a streak of flames. Ji Hao gazed at the valley below while standing on the head of the Fire Crow. The crow cawed and unfolded its wings, gliding through the hundreds of feet wide gaps between mountain cliffs and mountain peaks. Soon after, his view became broad, a magnificent valley appeared in front of him. The valley was hundreds of miles long, the widest part of the valley was over thirty miles.

A mulberry woods were planted at the end of the valley, in an area spanning tens of miles, and countless nests were built atop those towering mulberry trees. A large group of Fire Crows were hovering silently above the woods.

When Ji Hao and Mr. Crow arrived at the mulberry woods, all of the crows hovering in the air stopped and landed on the branches, silently gazing at them. After a while, all those crows slowly spread their wings, moving their chests down to salute Mr. Crow in their own special way.

Ji Hao leaped from the head of Mr. Crow and whistled. Mr. Crow flapped his wings and darted out, again transforming into a streak of flames, hovered around in the air thousands of feet from the ground and flew towards the Gold Black Mountain.

Numerous young Fire Crows silently stared at Ji Hao with their red eyes. The mulberry forest was filled with a strange and solemn atmosphere. Ji Hao waved his hands to the young Fire Crows and walked away, following a trail, which was narrow and meandering, less than three feet wide.

The rustling sound of leaves could be heard as wind blew across the branches. From a distance, the mulberry forest seemed to have a circumference of only ten miles, but when viewed from below, it seemed vast and endless.

After running along the tail for a few minutes and left a large piece of shadow behind his body, Ji Hao sighted two towering trees, which were so thick that took hundreds of people to put their arms around them; however, these two trees were completely invisible from out side of the woods. The two trees were twenty meters apart from each other. Their branches entwined and formed an archway, which emitted a faint, fiery glow. Ji Hao walked through the archway, and felt that the air was blazing hot. A meadow of forest came into view.

At the end of the forest stood a huge dome made of wood. At the top of the dome, there was a thirty-foot-thick wooden foundation, upon which a platform was built. On the platform was the gigantic skeleton of a Golden Fire Crow with the wingspan of hundreds of feet wide. Although, there was only a skeleton of this Gold Fire Crow remaining, Ji Hao sensed that the skeleton possessed a vast, strong, mysterious and inexhaustible power, which enveloped the entire woods. At first glance, the skeleton seemed like the blazing sun, floating in the air. Even more astonishing was the fact that this Golden Fire Crow skeleton had three leg bones.

Ji Hao bowed three times before the skeleton and crossed his fingers to pray for a while in a low voice. After praying, he silently walked to the door and peeked through the cracks between the door and its frame. The rooms were very broad, seemingly large enough to accommodate thousands of people. This was the Fire Crow Clan's council room, accessible only to leaders and elders for discussion of the most important matters of the clan.

The floor was paved with stones; a blazing bonfire was set in a fireplace that had been built into the center of the room. A skinned beast hung over the fire and was being grilled till it sizzled and had a golden luster, large drops of fat dripped down into the flame, Ji Hao could even smell the thick scent of grilled meat.

Tens of clay jars were placed next to the fireplace. A few scrawny, elderly men and several muscular, middle–aged men used these jars to occasionally fill their stomachs with liquor. Tens of sturdy men and the same number of elderly men sat around the fireplace while drinking with a serious face. No one was talking, besides the sounds of pouring wile and cutting meat, only the sound of blazing flame could be heard..

At the time of Ji Hao’s arrival, half of the beasts had already been eaten and, after he looked around for a few minutes, the beast’s bones were chopped into pieces to extract and eat the marrow. Those men also finished the liquor without leaving a single drop.

A sturdy-looking man, who was over three-meter tall, eyes narrowed like snake eyes and long hair bound into a thick braid in the back, displayed a hint of menace on his face. Suddenly, he grabbed a jar and swung it to the ground, smashing the jar and underlying stones into pieces. With a loud noise, the silence was broken.

“We ate and drank enough, let’s talk!” The man slowly stood up, his skin steaming. In an instant, the room was filled with hot air and seemed much smaller than before.

“Ji Xia, you are not the same as ten years ago; you are no longer the strongest warrior amongst us! Look how skinny you are! After breaking your Magus Accupoints a decade ago, you no longer are a Senior Magus! Now you are just an ordinary person!”

The man was pointing at another man, who faced the door.

He continued, “What qualification do you have to be our leader!? What makes you eligible to lead us, the guardian warriors of the Holy Land!? Why do you still comfortably hold the highest power within our clan!?”

The man who was being pointed at, slowly stood up. His shoulders were broad and he was tall, even taller than the provocative man. However, no muscle could be seen on his body. His skin seemed tightly attached to his bones, making him look like a skeleton and could even be blown away by a gust of wind.

He was Ji Xia, Ji Hao’s father and the former strongest warrior of the Fire Crow Clan!

However, when Ji Hao was born, he was ambushed by the Fire Crow Clan’s sworn enemy, the Black Water Serpent Clan. He was seriously injured while protecting his son. From that day onwards, his body had continued to deteriorate year after year. Some of the fellow clansmen believed that he had lost his power and strength.

Ji Hao clenched his fists and gazed at Ji Xia. Ji Hao’s mind flashed back to that battle, clearly remembering that Ji Xia fought desperately to protect Ji Hao, using his own body to block all of the enemy’s attacks. Ji Hao had felt his father’s boiling, hot blood splash on him. Ji Hao threw a sideways glance towards the provocative man.

“So, Ji Mu, my brother, what do you have in mind?” said Ji Xia while calmly smiling.

Ji Mu didn’t answer. A boy jumped abruptly up, pointing at Ji Xia’s nose, and shouted, ”You old waste! Do we need another talk here!? Just take your Qin Yi Clan woman, your little *, and get out of here! Let my father be the leader! My father will take care of our Holy Land and our people!”

The boy held his head high, puffed and continued, “The worship ceremony is near; all the leaders will come to the Holy Land and worship our ancestors! In front of all those clan leaders, you shouldt resign and leave the Holy Land!”

Ji Hao sneered, kicked the door open, and rushed into the room without a second thought.

“Little *, who are you talking about!?” Ji Hao shouted. He quickly locked his fingers together and spat towards the bonfire. A wisp of flame soared towards the boy.

The unexpected, raging fire burnt the boy’s hair and eyebrows into a puff of smoke. 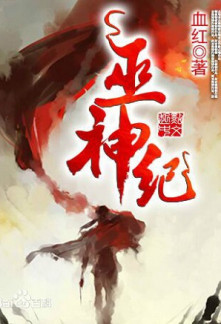