It was 3 AM in the morning, and a full moon hung high in the sky. Its bright moonlight shined down on the ground, making the surroundings seem not so dark.

By now, the streets were quite quiet because most people had already fallen asleep. However, a delicate looking youth was walking on the streets, dragging his weary body back home.

This youth was called Zhao Fu, and he had taken his mother’s surname. He was twenty-one years old and a second-year student at Nanshi University. He was currently working while studying. For convenience’s sake and because his night job earned him quite a bit of money, Zhao Fu did not live on campus at his university, and he instead rented a room outside.

As a lowly commoner, Zhao Fu’s thinking was very simple. He did not have any lofty ambitions or great ideas. He just wanted to find someone who he could spend his life with and live a peaceful life – that would leave him extremely satisfied.

Zhao Fu continued walking along the street. Right now, all he wanted was to have a good night’s sleep.

Suddenly, a dark figure rushed out from a corner, slamming Zhao Fu against a wall and pressing a fruit knife against his neck.

Feeling the icy blade pressed against his neck, Zhao Fu’s body froze, his hairs standing on end. He did not dare to move at all because he knew that the person might not hesitate to kill him if he moved rashly.

Luckily, he had forgotten his phone today, and he did not have anything valuable on him. All he had was $36.50, and if he had to choose between the money and his life, he would not hesitate to choose the latter.

Zhao Fu obediently took out all of his money, $36.50, and smiled stiffly. “Big bro! This is all I have, please take it.”

“Who wants your money? Turn around, press yourself against the wall, and take off your pants,” the man shouted, dashing Zhao Fu’s hopes of paying him off to save his life.

“Eh? Turn around, press myself against the wall, and take off my pants?” Zhao Fu frowned and looked over. The lewd-looking middle-aged man started to unbutton his own pants.

“Fudge! This isn’t a robbery; this is a rape!” Zhao Fu inwardly cursed.

At this moment, the lewd-looking middle-aged man waved his knife and said threateningly, “Didn’t you hear me? Your elder said to take off your pants.”

“Is my ‘chrysanthemum’ going to be torn today?” Zhao Fu shuddered as he frowned, thinking about how he could escape.

At this moment, a deafening explosion sounded out from above. Zhao Fu, who was pressed against the wall, raised his head in surprise.

The entire sky seemed to be burning, turning into a m*ive sea of flames. Countless rainbow lights fell from the sky with long tails trailing behind them, making them look like meteors as they descended.

This shocking scene not only grabbed Zhao Fu’s attention but also the lewd-looking middle-aged man’s attention as well. Zhao Fu took advantage of this to grab the man’s wrist, and he twisted with all of his might.

The lewd-looking middle-aged man cried out in pain, his knife falling to the ground. Following this, Zhao Fu brought his knee up and kicked the man’s groin.

The man screamed again as he collapsed to the ground, his face a mask of pain. He arched his body with both hands covering that area. Zhao Fu was still feeling quite angry, and he continuously kicked the man a few times before quickly running away.

Just as Zhao Fu was running out from this street, a rainbow-colored meteor crashed in front of him. The blinding light caused Zhao Fu to instinctively use his hands to cover his face. After the light disappeared, a crystal that was one finger length in length and two finger lengths in width silently floated two meters above the ground.

Zhao Fu curiously walked forwards and held the crystal. The floating crystal did not react at all as Zhao Fu grabbed it.

By now, everyone who had been sleeping had been woken up by the loud sounds. They all opened their doors and windows and looked at the countless floating crystals, and began to madly rush out. They all started to fight over these crystals because they looked quite valuable.

Seeing this chaotic scene, Zhao Fu did not stay around and hurried home.

Within his single room apartment, Zhao Fu carefully examined the crystal. From its appearance, no gemstone could compare to it, and if it was rare enough, it could be worth cities. However, a countless number of these crystals had descended from the sky, at least a few billion, so they definitely wouldn’t be worth much.

Suddenly, the crystal shined with a rainbow glow as a robotic voice said, “Host has been detected to be a Basic Intelligence Lifeform, Soulbinding commencing…”

“Ding! Soulbinding has been successfully completed; you will now head to the Heaven Awaken World.”

After hearing this, Zhao Fu’s vision darkened as he fell to the ground. 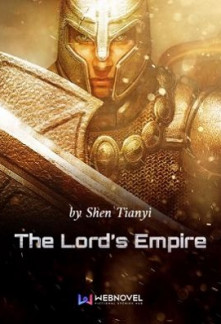