Glorybound City was a small town sitting on the border between the ocean and the eastern coast of the Sun Moon Federation.

Today was an exceptionally bustling day in the city, it was the annual Awakening Day.

All of the people residing upon the Douluo Continent possessed something called a “martial soul.” The martial soul was a part of the body which could be awakened when they became six years old, regardless of whether they were animals or plants. Through the means of an awakening ceremony, they were able to awaken their own martial soul. This was precisely the purpose of the annual Awakening Day, to awaken their martial souls.

If someone’s martial soul was a hoe, then their ability to till the fields would far exceed those of others. If instead they had an animal for a martial soul, they might possess some of the abilities of said animal. Due to this, the martial soul had long since become the most significant factor in determining someone’s life.

However, the emergence of soul power was even more important. Soul power was a type of energy that nourished and upgraded the martial soul. Although everyone possessed a martial soul, only one in a thousand people might possess soul power.

The soul power rank represented someone’s future and power. As soon as their martial soul was awakened, they could cultivate soul power in order to nourish and upgrade their martial soul. Thus, over the 100,000 years the Douluo Continent has existed, the most noble profession has been that of a Soul Master.

Due to this, even commoners would look forward to their children becoming six years old and awakening their martial soul, in hopes that they would possess soul power. If they possessed soul power, their lives would be transformed, benefitting them and their whole family.

The moment dawn arrived, the streets in front of the Red Mountain Academy were packed. The streets were flooded with parents and their children who had come to participate in the Awakening.

“Dad, what do you think my martial soul will be?” A small boy, just barely six years old, said with excitement as he looked towards his father. He loved to listen to his father’s stories about Soul Masters. He had a pair of large eyes filled with a longing for the future.

The young boy had a head full of short black hair and a stature slightly taller than others of the same age. However, his most attractive feature were his large, clear black eyes and long eyelashes which wouldn’t lose to a girl at all. Even with his commoner’s clothing, his outstanding appearance could easily draw the eyes of others.

His father was a middle aged man who shared a similar appearance. He had a medium build and an average height, everything about him was just average.

“Dad doesn’t know either. It all depends on luck.” His father released a gloomy sigh within his heart. Actually, the Awakening Day was a decisive day that decided one’s life and future. Whether or not someone had soul power would decide the trajectory of their life. Fortunately, in this era those who were unable to become Soul Masters were still able to have a pretty good future.

His father patted his head and smiled. “Regardless of whether or not you have soul power, dad will always love you.”

There was an unceasing torrent of parents and children p*ing as they exited the academy. The overwhelming majority of them all left with sighs of disappointment, but occasionally one of them would be overjoyed. There was no need to ask why; their martial soul must have given birth to soul power. This immediately attracted the envious and jealous gazes of others.

“Tang Wulin!” A teacher walked out from the Red Mountain Academy with a list in hand, calling out the next name.

“I’m here!” With wide eyes, the pretty boy jumped up full of excitement.

Tang Ziran was also slightly startled as his excited son pulled him forward with his small hands.

“Follow me.” Perhaps it was due to the excessive workload on Awakening Day, but the teacher seemed somewhat apathetic as he quickly turned around and began walking ahead. Tang Ziran brought Tang Wulin and hastened to catch up with the teacher.

As they walked along the small path inside of the academy, Tang Wulin was excitedly taking everything in. It was just like he had said, everything was a novelty to him. Red Mountain Academy was an elementary grade comprehensive academy able to hold two thousand students. The buildings within the academy were all simple and unadorned with white roofs and red walls. The academy grounds were exceptionally clean. Awakening Day was right before the start of a new term. In comparison to the clamor outside of the walls, the academy seemed unusually peaceful. Tang Wulin’s excited heart seemed to have been calmed by this environment.

The teacher brought them to the front of a circular building before telling Tang Ziran, “Would the child’s parent please wait here for a moment?”

Tang Ziran nodded his head and told his son, “Listen to the teacher’s commands, and good luck son! Dad will be waiting right here for you.”

As he watched his son follow the teacher into the circular building, a trace of disappointment and frustration appeared within Tang Ziran’s eyes as he reminisced of the past. Every single elementary academy would have this circular building. It was called the Awakening Chamber, and it was specifically used to aid six year old children in the awakening of their martial soul. Before the day of the awakening ceremony, the academy would invite a Spirit Master from the Spirit Pagoda to conduct the awakening ceremony. Decades ago, he had the same hopes when he entered the Awakening Chamber.

As soon as he entered the Awakening Chamber, Tang Wulin was dazzled. All of the floors, the walls, and even the ceiling had wonderful inscriptions carved into them to create an elegant, decorative design.

Within the Awakening Chamber was a middle aged man wearing a simple orange robe, that featured the embroidered form of a soul beast.

Since childhood, Tang Wulin had loved to listen to his father’s stories and within those stories, Spirit Masters would always appear. These Spirit Masters from the Spirit Pagoda were powerful and mysterious existences. They were an exceptionally special group of Soul Masters and held an extremely majestic status on the Douluo Continent. However, this was the first time he had ever seen one.

The Soul Master wore a gentle smile on his face. “Come here child. Stand in the middle.”

Tang Wulin blinked for a moment before he cutely walked over and stood in the middle. He couldn’t help but ask, “Lord Spirit Master, what kind of martial soul will I have?”

The Spirit Master replied with a smile, “Ah, I don’t know either! After you’ve awakened, you’ll naturally be able to see what it is. Anyway your eyes are so pretty, it would be just perfect if you got a martial soul related to your eyes.”

Tang Wulin’s eyes shined. “Soul eyes? I heard that the first master of the Spirit Pagoda had spirit eyes….”

The Spirit Master interrupted him, “Quiet down. I’m about to begin.” 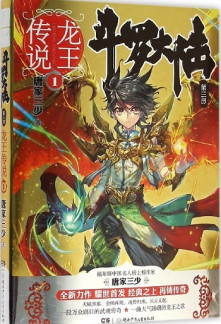