Less than a day has p*ed since the siege in LuanZang Hill, and the news spreads through the cultivation world as if it sprouted wings, surp*ing even the speed of warfare.

For a while, from the most prominent clans to rogue cultivators, everyone is discussing the siege that was lead by the Four Great Clans and followed by hundreds of smaller ones.

“The YiLing Patriarch has died? Who could have killed him?”

“Who other than his shidi, Jiang Cheng, putting an end to his own relative for the greater good. Jiang Cheng led the Four Clans of YunmengJiang, LanlingJin, GusuLan, and QingheNie to destroy his “den”—LuanZang Hill.”

“I must say, good riddance!”

“If not for the YunmengJiang clan’s adopting and teaching him, he would have been a hobo living on the streets, let alone causing mayhem as bold as the ones these days. The head of the Jiang clan raised him as her own child, yet he defected them and became the enemy of the cultivation world, bringing shame upon the the Jiang clan, even leading to its near-extermination. He is the prime example of biting the hand that feeds him!”

“Jiang Cheng allowed this fellow to live for too long. If I were him, at the time of the defection, I wouldn’t have just stabbed him. In fact, I would have thoroughly examined the disciples of the clan again, so that he doesn’t do those crazy things he did later on. Who cares about the so called ‘considerations’ that he gave to his childhood friend.”

“That’s merely hearsay. Although Jiang Cheng was one of the main forces, he did not give Wei WuXian the final blow. Because he cultivates the Demon Path, Wei WuXian’s powers had backfired and he was ripped to pieces.”

“Hahahaha… That’s karma! The ghost soldiers that he created are like unleashed dogs, biting everyone that they come across. It serves him right to be chewed to death!”

“But, if not for Jiang Cheng making a plan that aimed at Wei WuXian’s weaknesses, the siege might not have succeeded. Should I remind you folks of the item that Wei WuXian possesses? Did you forget about the day that three thousand skilled cultivators were completely annihilated?”

“I heard that it was more than three thousand, possibly five thousand.”

“He’s most certainly out of his mind.”

“It’s a good thing that he destroyed that evil weapon before he died. Otherwise, if it was left in this world to harm humankind, his sins would have been worse.”

“Oh well… You know, back then, Wei WuXian was one of the most promising cultivators, coming from a highly distinguished clan and finding success at a young age. How on Earth did he end up where he is now?”

“This proves that one can only cultivate by following the right path. Using these dishonest practices would only seem beneficial at first glance. Look, what happened in the end? Not even a whole corpse was left of him.”

“Not everything was because of his cultivation path. Wei WuXian’s personality is quite immoral. One’s deeds will be paid, one way or another; what goes around always comes around.”

After Wei WuXian’s death, the period is drawn on the topic. The discussions of the people are mostly the same, with a few unconventional opinions being brought down immediately.

However, the elephant in the room stayed in the back of everyone’s mind.

Nobody could summon Wei WuXian’s soul, which meant that his soul had disappeared.

It might have been torn apart by the millions of ghosts that devoured him.

If was the first, then all is well. Then again, nobody doubts the fact that the YiLing Patriarch has the power to move mountains and empty seas. If was the last, his soul would eventually return to revive in his body. When the day comes, the cultivation world, or even all of mortal land, would be faced with the most insane *ation and revenge, sinking into nothing but chaos and despair.

The various clans set one hundred and twenty stone beasts on top of LuanZang Hill and initiated frequent soul-summoning rituals, followed by heightened vigilance and searches for strange occurrences from all over the world.

In the first year, nothing happened.

In the second year, nothing happened.

In the third year, nothing happened.

In the thirteenth year, nothing happened either.

More and more people were starting to believe that, maybe, the YiLing Patriarch actually perished.

Even if he was capable of turning the world upside down, it was finally his turn to be toppled over.

Nobody would remain at the top for all of eternity—legends are only legends. 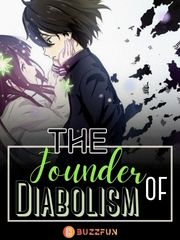