Night. Under the starry sky of Cloud Fall Mountain’s summit, the cool breeze blew gently and all was still.

Su Luo’s gentle eyes carried a hint of happiness as she tenderly stared at the man before her eyes: “Yun Qi, as soon as I quit the organization, we’ll settle down here okay?”

Yun Qi’s sharp eyebrows and sparking eyes brought about an intoxicating tenderness: “Girl, you’re going to quit just like that?”

Su Luo turned around to overlook the distant night sky, then turned around wearing a beautifully bright smile: “In these past ten or so years, if I wasn’t training, I’d be killing while always on the verge of life and death. There wasn’t even a peaceful day. Now I’m already weary of this kind of lifestyle so I want to hurry up and break away from it. Don’t tell me that you don’t think the same?”

While speaking, Su Luo took out a small brocade box and waved it in front of Yun Qi: “Guess, what’s in here?”

Su Luo’s eyes sparkled as her expression filled with happiness.

Immersed in the future beautiful life she yearned for, she did not see a treacherous radiance flash in Yun Qi’s eyes.

“The Dragon Ring? So you’ve already gotten a hold of it? How could it be possible? When did this happen?” Yun Qi’s up turned eyes narrowed with an intoxicating gentleness.

“Right when you were still on your mission in the West, I was lucky, so I got it. So now, you’ll quit with me, okay? Su Luo held Yun Qi’s hand with hopeful eyes, “After returning the Dragon Ring to the organization, we’ll then settle down here and happily live our lives here, okay?”

“Alright.” He gently kissed Su Luo’s smooth forehead and forcefully held her within his bosom as he tightly embraced her.

As she nestled on his collarbone, Su Luo closed her eyes and blissfully smiled.

They were childhood sweethearts of ten or so years who had hand in hand, walked through a hail of bullets. He was her most important family member, and also the person she trusted the most. She has already conceived his baby now, so once they quit the organization…. All of a sudden, Su Luo’s entire body stiffened as her confused eyes filled with bitter pain. She opened her eyes wide with incredulous despair.

She pushed Yun Qi away and looked down.

A sharp dagger had pierced through her chest. As blood unceasing flowed out from the dagger to wet the thin white skirt, the blood spilling out from the chest was similar a Red Spider Lily in full bloom; p*ionate yet strange.

As an **in, the accuracy of Yun Qi’s dagger did not have the slightest trace of error.

Su Luo stumbled to kneel on the ground filled with unorderly crushed rocks as her beautiful eyes brimmed with surprised despair and disbelief. She honestly did not think that the man she trusted the most, who claimed that he loved her, would ruthlessly send her a dagger as her birthday present and stab her in the back!

The execution was emotionless and relentless.

Why…. She opened her mouth but could not utter a single sound because of her despair.

Yun Qi coldly ridiculed her as the corner of his mouth curled up: “Su Luo, you’re an absolute idiot. You know too many of the organization’s secrets, did you really think that the organization would let you off? And to even think about quitting, you’re too naive! Not only that, you’re so naive that you would believe that I’d actually quit with you?”

As per Yun Qi’s words, she really was too naive to actually believe that he would quit the organization with her.

“Don’t be this stupid in your next life!” Yun Qi picked up the small brocade box that fell on the floor. After coldly glancing at the hopelessly suffering Su Luo, he turned around decidedly left.

“Yun Qi, are you sure you’re not too naive?” Su Luo’s cold voice resounded behind his back.

Yun Qi halted in his steps as Su Luo suddenly laughed out loud: “What did you think was in that brocade box?” Yun Qi opened the brocade box and his complexion suddenly changed, “Where’s the Dragon Ring? Where’d you hide it?”

There was a wealthy employer who put forth three billion US dollars and entrusted the organization to look for this Dragon Ring. If it could not be found in the end, not only would they not receive the money, the organization’s reputation would also be severely tarnished.

Su Luo stood on the edge of the steep cliff and looked down at the deep darkness. The corner of her mouth revealed a satisfied yet bleak smile that was as beautiful as the unstable blooming of a Queen of the Night: “Yun Qi, you’ll never be able to obtain the Dragon Ring. Also, don’t bother to cry at my tombstone or else you’ll taint my reincarnation cycle.”

While speaking, Su Luo abruptly leapt and her entire person plunged down into the darkness of the cliff.

And beneath the cliff, were raging waves of seawater that beat against the s*. 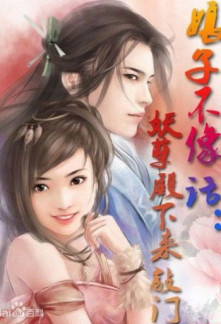