In this world, there was no shortage of people born with silver spoons in their mouths, and Wang Ling was one of them. But he was the “richest” of them all, and with his birth, he almost overturned the whole of cultivation society.

In a plainly decorated family apartment, Mr and Mrs Wang rocked a baby carriage with loving smiles on their faces.

“I can’t believe how, in a blink of an eye, our sweetie has grown so much.”

“Darling, did you prepare any gifts?”

Saying this, the middle-aged man surprised the woman next to him by drawing out the long and thick magic treasure that hung at his waist.

This tough and long magic treasure, richly adorned with fantastic gemstones, was truly dazzling to the eye. Mouth slightly open in astonishment, the woman stared blankly at it.

“A Chanel flying sword!” Father Wang looked so proud as he boasted, “It cost me a full half-year’s income to specially buy this gift for our Ling Ling. Until now, not a single person in our Wang family has managed to reach the Golden Core stage… Darling, this sword represents my hope for Ling Ling!”

In this world where cultivation and modern science were perfectly combined, the diploma had completely given way to the realm system, and had become the new criterion for determining one’s degree of education. The pitiful Wang couple had never graduated from the Physical Build stage, and remained stagnant at this preliminary stage.

This Chanel flying sword, which was cl*ified at Core Formation level, was worth cities.

Father Wang had gritted his teeth and bought it at the risk of tightening his belt in the coming days.

However, *ing on a pacifier in the baby carriage, Wang Ling only gave the sword a cursory look out of the corner of his eye before contemptuously giving it the cold shoulder.

This was the first time he had seen such an ugly flying sword.

What dumbfounded him the most was that this man actually put such an unsightly sword near his pillow, and even kept on saying that it was for warding off evil spirits.

What a pile of *! Hadn’t the Four Olds 1 been abolished two thousand years ago? This was the scientific age of cultivation, where the hell had this feudalistic remnant come from?!

With a completely speechless look, Wang Ling stretched out a hand less than a quarter of the size of Mr Wang’s, and directly snapped that unsightly flying sword in two.

That year, he was only one year old.

After Wang Ling broke the flying sword at the age of one with his bare hands, the Wang couple directly complained to the Bureau of Quality Supervision about being sold a shoddy product by an unscrupulous businessman. There was no way a mere baby could destroy a Core Formation flying sword with just his hand!

At that time, Wang Ling’s parents had erroneously *umed that they had bought a fake Chanel flying sword.

It was when Wang Ling was three, and the couple witnessed their son flying around the room skillfully on a small children’s wooden sword, that they realized that they hadn’t bought a fake Chanel sword.

Instead, they had clearly given birth to a fake son!

As muggles that had stagnated at the Physical Build stage for years, no matter how they racked their brains, the Wang couple just couldn’t figure out how they had managed to give birth to Wang Ling.

Was it because of a genetic mutation?

Or had some critical steps been skipped during Wang Ling’s creation?

But all these weren’t important.

More than anything else, Wang Ling’s parents believed that he was God’s gift to the Wang family as the Chosen One!

Because Wang Ling’s parents pretty much had * for brains, he managed to lead a peaceful life from zero to five years of age, which was when he was the weakest.

Otherwise, Wang Ling thought that under normal circumstances, he would have been sent to a human research institute as a test subject a long time ago.

Maybe he could still appear on that popular television show “Approaches to Science.”

Wang Ling realized that his realm advanced with his age, but this wasn’t accompanied by the great waves he had imagined, nor any exaggerated anomalies in heaven or on earth. On average, he achieved a new realm once every two years, and even he himself didn’t know why this was the case.

So that his aura wouldn’t be exposed, Wang Ling drew a talisman based on something he had found in an ancient text, and stuck it on his right arm. Thanks to the talisman concealing his aura, he was able to lead a peaceful life for many years.

His high school life had come faster than he had imagined. To disguise himself as an ordinary person, Wang Ling tended to keep a low profile in his daily life.

He wasn’t looking to enter any of the key city high schools, and instead chose to study in a normal public high school — No. 60 High School in Peiyuan district, Songhai city.

Wang Ling came to school in a plain white shirt and jeans.

He looked around. Apart from some carved sculptures at the school’s front gate, their features no longer distinguishable, as well as a handful of palm trees in the surrounding area, the school was even more ordinary than he had imagined.

If this had been an out-and-out key city high school, all the trees in the school grounds would be those that could gather spirit energy. Also, there would even be an enormous spirit gathering array under the school, so that students would be attentive and refreshed in their studies all the time.

But such a spirit gathering array would be utterly useless to Wang Ling. Because of his much higher realm, not only wouldn’t he be able to feel its feeble spirit energy, it would also be very easy for him to destroy the magnetic field of the array.

Wang Ling adamantly didn’t want to be the reason for jeopardizing other people’s prospects, which was why he had chosen a relatively normal high school. Although it seemed to have a fairly crude environment, overall, he found it very satisfactory. This place, at least, would be very good for hiding his true prowess.

Today was a meet-and-greet for new students at No. 60 High School, and also for them to undergo a placement test.

Before new students officially entered the school, the school authorities needed to grade each student. Based on the results, they would be streamed into the different cl*es: elite, advanced, normal and remedial.

Wang Ling stood in front of a liquid crystal display screen, and following the directions on it, looked for the cl* where he would be doing his interview.

Given his style, there was no way he would enter the conspicuous elite cl*, which would m*ively increase his risk of exposure. However, entering the remedial cl* would also be a little degrading.

Taking everything into consideration, it would be best for him to choose the advanced cl* or normal cl*.

“Excuse me, do you know the way to Grade One, Cl* Three?”

Suddenly, there was a sweet voice behind Wang Ling. He froze for a second. Although he had felt the girl’s aura from afar the moment she had walked through the school’s front gate, he had obviously never expected that she would actually take the initiative to talk to him.

With just a cursory glance out of the corner of his eye, Wang Ling could see that she was pretty good-looking.

“Are you also here to enroll today?”

Not getting a response from Wang Ling, the unfamiliar girl kept on asking questions as if they knew each other. She was elegant, with long hair and fair skin, and wore a tight-fitting white T-shirt, jeans and casual shoes. Wang Ling only needed to use a little bit of his spirit energy to immediately determine her actual strength — she had all the makings of an elite student, and definitely wouldn’t be his cl*mate.

But as chance would have it, Wang Ling’s interview was going to be conducted in the same room that the girl had mentioned, Grade One, Cl* Three.

Still without saying a word, Wang Ling pointed at a cl*room nearby, which was Grade One, Cl* Three.

Right after that, he casually strolled away, hands in the pockets of his jeans. 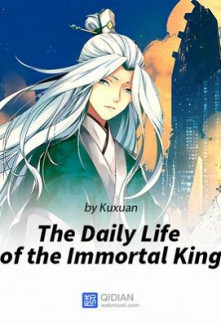