Chu Mu stood at the fourth spot of the fifth row. He knew that if he didn’t quickly think of a method, he would become one of the 50 kids facing imminent death.

Regarding Hunting Wolves, this sort of soul pet, Chu Mu absolutely understood them. When he was in his clan, he had already learned various means to understand soul pets.

The palpitating sound of wolf cries echoed through the air, stirring up an evil and demonic wind.

Subsequent to the command of those cruel men, ten hungry Hunting Wolves immediately launched themselves onto the group of unarmed and defenseless children. The sound of crying and wolves howling immediately became one!

The originally orderly formation instantly collapsed, and the children on the edges frantically rushed towards the center of the group. This was in order to prevent themselves from being eaten by the wolves first.

However, the field was only so big, and with a total of 100 people, no matter how much one pushed or shoved, those who had the weakest physical constitutions were ultimately pushed out into the edges.

Intense, miserable cries resounded out and a pale faced youth’s arm was bitten off by a wolf with a comparatively larger build. The young and tender arm was suspended in between the Hunting Wolf’s wolf teeth as the captivating color of fresh blood terrifyingly dripped from the wolf’s lips.

More and more miserable cries rang through the air. In another spot, a few children had perished at the sharp claws of the Hunting Wolves. These serrated claws easily ripped through the delicate skin of the children. It tore so far into the flesh that it was possible to see their bones.

The fiercest attack of the Hunting Wolves lay in their utilization of claws and wolf teeth. The deep, white-colored claws ruthlessly tore into the children’s faces and stabbed into their bodies; their teeth went so far as to bite through their necks!!

The intoxicating color of fresh blood astonished the heart as it began to form a small stream that calmly flowed on the muddy ground.

The young children in the field cried their eyes out and let out blood-curdling shrieks. Riddled with scars and bruises, they crawled and rolled around; fear was omnipresent in their eyes. The small corpses left lying in the pool of blood further portrayed an already extremely wretched scene.

However, in a completely opposite manner, were the surrounding cold and callous attendants. Some of them even wore tyrannical smiles.

Chu Mu’s location within the human group was at the center. This allowed him to avoid the first few attacks of the Hunting Wolves. Nevertheless, following the fleeing and crowding of the children begging for survival, Chu Mu slowly came into the Hunting Wolves’ lines of sight.

Fortunately, there was another child in front of Chu Mu. Chu Mu remembered the name of this child- Zhou Shengmo. Among those who were sent to the island, he also seemed to be the child with the best aptitude.

Chu Mu knew that this was an extremely cruel island, and harboring sympathy was tantamount to sending oneself towards a path of death. This was particularly pertinent to those who didn’t have strength, so when he saw a Hunting Wolf pounce on Zhou Shengmo, Chu Mu decisively chose to ignore it.

Zhou Shengmo’s physique was slightly larger, and he was half a head taller than Chu Mu. Upon seeing the Hunting Wolf pounce on him, Zhou Shengmo also paled and subconsciously retreated.

It was at this time that Zhou Shengmo discovered Chu Mu beside him.

Seeing Chu Mu, Zhou Shengmo seemed to see a hope of survival and unexpectedly threw himself towards Chu Mu. Relying on his sturdy body, he grabbed Chu Mu and ferociously pushed him towards the Hunting Wolf.

Chu Mu did not even have enough time to react and his body was instantly pushed towards the impending forest-white wolf teeth!!

The two sharp forest-white canine front teeth were at least 20 centimeters long and hung over their lower jaw. Currently, it was exposed to Chu Mu’s eyes, and they were so close that Chu Mu could smell the Hunting Wolf’s terrifying breath!!

At the brink of life and death, Chu Mu used an extraordinary amount of effort to twist his body and dodge the Hunting Wolf’s fatal strike. Nevertheless, simultaneously, Chu Mu felt a slight chill on his neck. He had clearly been grazed by the sharp wolf teeth.

After Chu Mu twisted his body, he borrowed the momentum and rolled over 4 meters away on the ground!

The sound of footsteps was heard from behind Chu Mu. He instantly realized that the Hunting Wolf that had bitten air was now pouncing towards him. He is heart was both confused and panicking. However, he still tried to remain cool-headed.

Chu Mu remembered all of the abilities that the Hunting Wolves possessed, and if he guessed correctly, when sneak-attacking from behind, the Hunting Wolf would choose the Violent Wolf’s Demonic Strike!

Violent Wolf’s Demonic Strike was a continuous stream of claw strikes that could be performed by the majority of Hunting Wolves. Even if it was a grown person, he would most likely perish after four of these powerful and continuous claw strikes.

Chu Mu ground his teeth and after guessing the Hunting Wolf’s method of attack, he instantly ducked and curled himself into a ball.

Originally, Chu Mu only needed to lie on his stomach to avoid this attack, but Chu Mu understood that if he were to only lie on his stomach, the Hunting Wolf would most likely jump on top of him.At that point, the only thing that awaited him was the misfortune of death.

If he were to crouch into a ball, it would be the most effective way of protecting his vital parts. When the Hunting Wolf took time to recover, this was when he could break into a run and flee!

“Si La!” The fourth strike, however, directly tore into Chu Mu’s back and left a deep scratching scar on his back. Immediately, fresh blood freely flowed.

Chu Mu *ed in a breath of air. The acute pain from his back was akin to the being burned by raging flames.

The claw tore apart and lacerated Chu Mu’s flesh. Fresh blood proceeded to flow from his back.

Chu Mu bit his teeth and after the Hunting Wolf finished its attack, he jumped up from the ground and instantly ran in a direction where there were no Hunting Wolves. The fresh blood from his back promptly followed his frantic escape and created a splattering bloody footprint.

Currently, Chu Mu’s complexion was pale, without any hint of blood. His face was even slightly twitching. However, an expression of staunchness and resolution broke through the weak complexion.

This sort of expression, for a 15 year old child, meant that not only was he brave and determined, but he also possessed a will that was engraved among his own instincts to survive desperate straits . It was the survival instinct coveted by many! 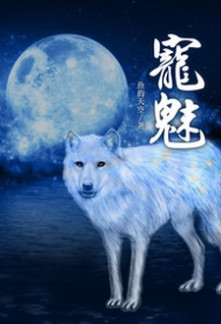