Before Helian Wei Wei had the chance to recover from the joy of her marriage engagement, she was frozen in her steps as she saw the man that she was about to marry, intimately holding another girl in his arms!

Moreover, that girl was not a stranger, it was her younger sister who shared the same father as her, her half-sister, Helian Jiao Er.

Helian Jiao Er was delicately holding a tea cup in her hands, smiling meekly and shook her head gently, her face flushed as red as a tomato. Wei Wei felt as if an icy needle, was slowly pricking her heart, as she felt a piercing pain while looking at the scene unfolding before her.

Jiao Er immediately shrunk back, fear was showed on her delicate small face, with a trembling voice, she cried out: ” Elder Sister, let me explain….”

“There’s no need to explain.” The man stood up, his handsome face showed a cold indifference as he patted Helian Jiao Er on the shoulder, and softly said: “There is nothing to explain to this evil woman.”

She had waited for him for seven years! Seven years of persistent waiting and this was the end result?

“What you’ve done, you know it full well.” His tone was ice-cold and ruthless, his eyes were full of disgust when he looked at her. “I thought you were just young and naive, but now it seems, that is not the case. Jian Er is so kind-hearted, yet you have the heart to be so ruthless. Helian Wei Wei , your rudeness and insolence should have a limit!”

Helian Jiao Er weakly tugged at the man’s sleeve: “Your Highness, it is Jiao Er’s fault, Elder Sister loves Your Highness too much, hence she treated Jiao er as such, Jiao Er… Jiao Er can endure!”

She was crying as she spoke, biting her small lips weakly as she looked at him with her red eyes filled with tears. This look was one that was seeking grievances.

After seeing this, the man completely lost his patience, with a flourish of his long sleeves, he threw piece of paper in Wei Wei ‘s face.

On that piece of paper, was only one word- Annulment

Wei Wei’s hands started to tremble, her eyes felt as if they were stung, as an uncomfortable burning sensation welled up.

That man did not even give her a second look, and he gently led Jiao Er towards the study, as if standing behind him is not a person anymore, but an animal!

“Hahaha, no wonder, the original purpose of Master Murong was to p* her the annu her, or else, how would he make a specific trip to the front hall?” Helian Mei who always found joy in bullying Helian Wei Wei reached out and snatched the divorce paper, gloating gleefully as she relished the moment of taking pleasure in this moment of misfortune.

By this time, Helian Jiao Er had returned after sending that man away. When she came back, she looked at the words on the paper and snickered. With one hand, she threw it in Wei Wei’s face as she leaned forward, and she used the other hand to grab at Wei Wei’s hair and pulled her head back forcefully!

“Elder Sister, no need to waste your breath on her, with such wishful thinking, this * is simply like a mangy dog following his Highness around all day. All you need to do is to teach her a proper lesson and let her clearly know her place!”

“You are right!” Helian Jiao Er sneered, with her outstretched hand, she reached out once again and threw Wei Wei’s head into into the water urn that was at the side.

The water urn was full of water, and when Helian Wei Wei’s head was fully immersed in the water, she started choking and gasping for air.

Wei Wei struggled with all her might to get out, but unfortunately she was not strong enough. With a momentary slip, her entire body fell into the water urn.

Helian Jiao Er didn’t seem satisfied, and she grabbed Wei Wei’s hair again, pulling her out and continued dunking her head in. “You dare fight with me? Can’t you do some self reflection? You are really so disgusting, can’t you tell, he has long since gotten tired of you! And yet you keep clinging onto His Highness, really so shameless!”

Waves of pain seared through Helian Wei Wei’s scalp after all that brutal tugging from Helian Jiao Er. She felt as if a layer of skin had been peeled off as a burning and raw sensation *aulted her. As she swallowed huge gulps of icy cold water, she coughed and sputtered while desperately gasping for air. She was distraught as she struggled with her might, however, soon the light in her eyes began to dim.

Seeing this, Helian Jiao Er’s eyes flashed a dangerous glint, and said the words that had been buried deep in her heart: “Younger sister, why don’t we just throw this evil woman into the river? We can then say that she had decided to take her own life after she received the annulment letter…”

The voices of the two people were growing more and more distant, until all that was heard was a big splash!

The sound of a loud splash as her whole world slowly became engulfed in silence as she was submerged in the water.

Finally, finally free from those voices that made her so bitter.

But she was simply unwilling to let go!

If someone would help regain what was rightfully hers, she was willing to sacrifice everything.

Wei Wei’ s eyes were starting to lose focus as her surroundings seem to get darker and darker. Her eyes were overflowing with tears and soon she saw huge gates that did not seem to belong to her world…

Feeling pain slowly radiating throughout her body, and a faint incessant sobbing beside her, Helian Wei Wei felt that she was pulled out from the darkness that surrounded her.

The moment she opened her eyes, the scenery before her surprised her greatly.

A little bridge above a clear flowing stream, majestic pavilions with cobbled stone walkways, and an elderly woman who donned on an ancient dress was kneeling and sobbing next to her. When she noticed that she was awake, the woman immediately laughed, looking relieved amidst all the tears as she struggled to stifle her sobs. She quickly wiped the tears away.

Helian Wei Wei stared at her without moving, as if in a trance. Her expression turning grave by each p*ing moment.

The elderly woman looked at her in that state, and the smile on her face turned to a worried and nervous expression as she tensed up and quickly asked: “Young Miss, what happened to you? Are you alright? Do you feel uncomfortable anywhere?”

Wei Wei did not speak, she stayed quiet for a moment and her gaze turned icy as she looked straight at the elderly woman.

“Young …. ” the elderly woman was shocked to see the look in Wei Wei’s eyes, she spoke with a shudder : “Young Miss, you aren’t able to say anything, this isn’t good! What are we to do? This old slave will go look for Master in the study, you are the only blood of the Helian House! Even if he is so heartless, he still has to do something, he can’t be so ungrateful to this extent! To actually bite the hand that feeds one! This is too much!”

Master? To bite the hand that feeds one?

Wei Wei’s eyes sank, surely this has got to be a joke.

Who was so daring to make a fool her, the renowned Mercenary Queen?

They were simply seeking their deaths!

Wei Wei moved a little, she just wanted to stand up, but a myriad of flashbacks suddenly raced through her mind. A huge chunk of memory that did not belong to her flooded her mind and the large amount of information made her dizzy and nauseous.

These memories belonged to another person, and they started from a babbling baby to a young girl of 15 years old. It comprised of very messy and incomplete memories, and for Helian Wei Wei, it opened up a completely strange new world.

This place was completely different from 21st century. It was an ancient world where everyone was ruled by an Emperor.

In this new world, those with martial arts are highly respected, the one whose fist is hardest is the one with the right to speak.

As a renowned Mercenary Queen, Wei Wei could not believe, that after rousing from her sleep, she was brought into this world in such a ridiculous manner. What’s more, she had actually transmigrated into the body of such a young girl?! 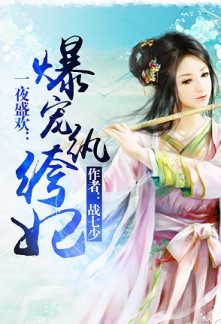