It was a normal day in my normal life, and it should have been everything I’ve come to expect in the sleepy town of Seaside, Oregon.


I’d wake up, brush my teeth, careful to sing Happy Birthday at least three times before I stopped. I was paranoid like that. I often had dreams my teeth would fall out. A friend once told me that meant someone was going to die in your family.


I know that sounds harsh, but then at least something beside the norm would happen to me. Not that I was insane enough to start wishing for family members to keel over. Maybe it was all this teenage angst. At eighteen, I was just finishing out my senior year of high school.


To say I could not wait to go to college would be the understatement of the century.


I had a calendar with giant red x marks over each day.


Free of this boring oh so normal place, and free for change to happen. Crap, even getting my hair dyed a different color than the golden blonde it was would be enough change for me.


But my mom hated artificial anything.


What can I say? We live in Oregon. We hug trees and all that.


I spit the last bit of toothpaste into the sink and looked into the mirror.


“Ugh.” I cringed at my reflection. Why couldn’t my eyes have been anything but brown?


I blamed my parents.


I slipped on a pair of faded skinny jeans, threw on a pair of tennis shoes and a tight- fitting V-neck Henley. It wasn’t that cold outside yet but everyone knew that the weather in Seaside could turn from gorgeous to disastrous within minutes.


I walked into the bathroom and pinched my cheeks. My parents wouldn’t let me wear makeup.


Eighteen and I’d never kissed a boy, never worn makeup, and I drove a semi-new pickup to school.


My only saving grace was that I was actually one of the cooler kids at school. I wasn’t sure if that was a positive mark in my favor or another way of explaining just how lame Seaside was.


I put on some lip balm and ran downstairs. I needed to stop acting so moody or my mom would think I was on drugs. Usually, I’m a very happy go lucky girl, but last night had been another rough one.


I had that stupid dream again about the boy with blonde hair. A boy I’ve never seen before in my life. He drove up to the school and proclaimed his love for me.


I was wearing makeup.


Oh yeah, and he kissed me.


I always dreamed like that. The dream only occurred once a month and it was always different. My psychiatrist mom would say I was projecting, or possibly suffering from some sort of delusion.


Which I probably was.


However, I thought it was just another sign that I needed to lay off the double mochas and late night TV. You can only watch One Tree Hill so many times before you begin to think Chad Michael Murray is actually going to show up at your house one day and proclaim undying love.


I ducked into the kitchen, grabbed my slick rain jacket, put a banana in my backpack, and took a bite out of an apple.


With patience I knew I didn’t possess I screamed her name a third time and waited for her to emerge from her study.


Sure enough after three minutes the door to her study opened. Her gl*es were slightly tilted on her face as if she put them on in a rush, her hair in a messy bun. She gave me a cheeky grin and shrugged.


That was good old mom. Her slight build just made her look that much more innocent.


“Nope. I still have some from yesterday.” I shoved my hands in my pockets and stared into the space right above her head so she would think I was looking at her and paying attention, when really I just wanted to get to school.


“Yup.” I was already turning on my heel to walk out the door.


She always fell asleep in her office. There was always some depressed client in this tiny town that wanted to kill themselves. Needless to say, she never needed more work. I blamed the dreary Oregon weather and my mom’s inability to say no to anyone. Even me. It sounded like every girl’s dream. A parent that said yes all the time?


She was more of a… I don’t know, maybe a roommate? My dad wasn’t any better. He was a surgeon. I hardly saw him, but when I did, he usually missed mom so much it was hard to get a word in edgewise.


They were brilliant and would often hole up in her office with a bottle of wine and talk philosophy.


The idea of drinking wine and talking philosophy literally made my stomach ache. I’d rather watch Reality TV all night while eating sardines.


Sometimes I think they wished I hadn’t been born. It wasn’t that they didn’t love me. I knew I had their love. They just seemed happier without me.


It *s, but at least I knew what to expect. If you know what to expect you never really get let down. That’s what I chanted the entire way to the truck.


I threw in my messenger bag and slammed the door.


The drive to school was short. I had a pretty awesome view of the ocean on the way, too. It helped that my parents lived in a legitimate Better Homes and Gardens beach house.


As I drove into the parking lot, an involuntary shiver ran down my spine. 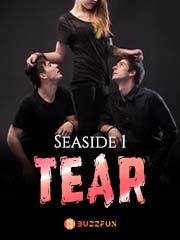