Liu Duo was absorbing memories of this body while lying motionlessly on the plank bed and staring at the roof.

The name of the original owner of this body was also Liu Duo, who was 15 years old. She was sold by her vicious grandmother and became the wife shared by the four brothers of the Ye family. That night, she fled and then fell down, which unexpectedly killed her.

Actually, in her own case, she died of cancer the day she turned 25, after suffering for seven or eight years. Who would have thought that she would be reborn by God’s will?

Reborn with a healthy body, Liu Duo was very happy because she finally didn’t need to take various kinds of medicine every day. Bearing this thought in mind, Liu Duo laughed happily.

At the moment, Liu Duo felt an urge to urinate, so she turned over and got up. Then, she put on her cloth shoes, opened the wooden door, and walked outside.

Ye Ling went out of the kitchen with a bowl of paste in his hands. Upon seeing Liu Duo open the door and go out, he walked unsteadily towards her, saying, “Wife, you are awake. Are you hungry? Here you are. It’s good for your stomach.”

Gangly and 1.75 meters tall, he looked delicate and pretty. Liu Duo knew he was Ye Ling, the youngest of the four brothers in the Ye family. He was nineteen years old that year.

Liu Duo didn’t feel hungry at first, but her stomach sang on that occasion. She said awkwardly, “Eh, a little bit. But I want to go to the restroom first.”

“Restroom? What is the restroom?” Ye Ling was bewildered yet a little cute.

“It means outhouse. All right, I just want to pee.” Liu Duo explained with a smile. How could I forget I was reborn in ancient time?

Seeing Liu Duo look at him while smiling, Ye Ling’s handsome face turned red, and he said in his heart, Our wife was so pretty!

He looked aside in a hurry, turned around, and put the bowl of paste on the wooden table under the roof, saying embarr*edly, “Oh, go ahead.”

“OK.” Liu Duo walked towards the outhouse by the side. Thanks to the memory from the original body, Liu Duo knew what the outhouse looked like and where it was.

Sitting on a stool under the roof, Ye Ling was in a trance while staring at the direction of the outhouse. He thought, “If it weren’t for my leg disease and years of consumption on medicines, the family wouldn’t have been so broke…”

Liu Duo squatted over the latrine. When she was about to stand up after peeing, pains in her abdomen burst – one round after the other. Based on her twenty-five years of experience from her previous life, of course, she knew what it was.

“Why am I so unlucky that the ‘great aunt’ is coming uninvitedly right after I just returned to life?” Liu Duo felt deeply depressed. What would she do about it? At that moment, how could she get out?

Ten minutes p*ed, and Liu duo was contemplating what she could do. Outside, Ye Ling frowned as his mind wandered. He looked at the almost-cooled paste and wondered why the wife hadn’t come out and why she was in the outhouse for so long.

Ye Ling stood up and walked to the outhouse. He knocked on the door, “Wife, what happened? Why is it taking you so long? Are you uncomfortable?”

Liu Duo listened to the fourth brother’s words with embarr*ment, while her legs felt numb.

“Well…well…” Liu Duo pulled her hair, trying to think of a way to explain.

“Wife, what’s wrong?” Ye Ling felt a little rash because he was worried something would happen to their wife, who was bought for two hundred pence for the four brothers of the Ye family to continue the family line.

Most of the money used to buy a wife was borrowed by their Third Uncle because their family was too poor to pay such an amount. Most of the money his brother earned was spent to buy medicine for Ye Ling, while the rest was used to feed the whole family. Seeing them all grown up, the Third Uncle considered the possibility that no other family would let their daughters marry them and suffer, so the only way was to buy a shared wife for them to bear offspring. 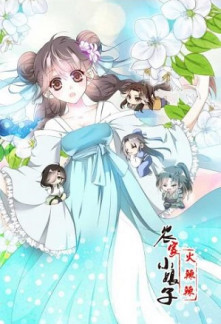