Purple sunlight illuminated the barren land of Donglu Town, adding a glimmer of vitality to this little town situated outside the safe zone.

When one stood on the dirt field in the giant crevice of Donglu Town, the faint outlines of huge mountains could been seen through the shattered, gl*-like sky.

Scientists had reached the conclusion that those huge mountains were not within the void.

There was Devil’s Peak. “If you are not obedient, you will be thrown off that mountain!” This was what adults said to scare little children.

There was Wealth’s Peak. “Anyone who manages to climb it will gain inexhaustible wealth!” Those feverish words were uttered by adventurers.

There was Spirit-Breaking Peak. Numerous orphans and widows looked at these mountains resentfully. Their fathers and husbands were buried in those rocks.

On the flat training ground constructed out of black and purple soil, an average-looking young man clad in a co* blue tunic struck his fist out at a practice target, causing a bunch of cheers to erupt.

“This Luo Yunyang fellow is really sick. He has increased his strength to 250 kilos in just a month’s time. Perhaps he might really be able to become a martialist in the future.”

“Yeah, he is only 15 years old. By the time he turns 20, he will probably be able to hit 500 kilos. Becoming a martialist would be a piece of cake for him.”

“I wonder if he has a girlfriend. People must surely be attracted to him!”

As the onlookers gossiped, yet another young man stepped forward. His clothes were the same as everybody else’s on the field, yet their material and workmanship made them look a lot finer. The young man was extremely handsome, but he had a mean expression on his face. His snide grin made the onlookers feel uneasy.

“He he… 271 kilos is no easy feat, but it’s nothing compared to my strength!”

The instant he finished his words, the young man strode quickly over to the practice target and threw a hard punch.

The moment that figure was uttered, the students and the teacher in charge of the appraisal were astonished.

“How is that possible? At the previous appraisal, Lian Yubi had only managed 162 kilos, which was even lower than me. How was he able to get to 392 kilos in just two weeks? He must be cheating!” chubby Shen Yulang made his opinion known.

Half of the other students dissolved in uproar, but there were also some who didn’t utter a word. Many people looked at Luo Yunyang subconsciously.

Luo Yunyang, who was clad in his blue linen uniform, had turned gloomy. A thought had just popped into his mind.

“You shouldn’t accuse blindly. Brother Yubi took a body-forging medicine 10 days ago. What you see right now is his true strength,” a scrawny young man said, looking very pleased with himself.

As soon as the words “body-forging medicine” were uttered, the yelling students were shocked. Even the teacher standing at the sidelines looked extremely stunned.

“Body-forging medicine costs 100,000 dayuan. Is Lian Yubi’s family really willing to part with so much money?”

“I heard that medicine is made by refining the blood of dire beasts. I’ve only ever heard of this once before. I never expected a medicine like this to really exist.”

Lian Yubi paid no heed to the people talking. He just walked up to Luo Yunyang arrogantly and smirked. “As I’ve said before, Donglu Town’s recommendation spot is mine.”

“You are somewhat talented, but how could a poor worm like you, who can only afford to eat grade-one energy bars, compete with me?”

“You think someone from a poor family could become this outstanding?”

Luo Yunyang clenched his fists indignantly as he watched the swaggering Lian Yubi walk away. His many days of painstakingly hard work could ultimately not even compare to a vial of medicine.

“Yunyang, you earned that recommendation spot to the Qitian Martial Academy by representing Donglu Town and securing the first place at the Dongshan County Tournament. Nobody can take that away!” Little fat Shen Yulang had walked over to Luo Yunyang in an effort to console him.

Before Luo Yunyang could say anything, Head Teacher Xiong Zhenshan, who had a crown of sp* hair, had already turned in Luo Yunyang’s direction and called out, “Luo Yunyang, come over here for a bit!”

Normally, Xiong Zhenshan was full of smiles whenever he saw Luo Yunyang. This time though, his expression was incomparably grave.

“Luo Yunyang, the Qitian Martial Academy recommendation spot can only be given to our school’s strongest student. If you don’t keep improving constantly, then you can’t blame the school for hurting your feelings.”

Luo Yunyang flushed with anger. He usually treated people with respect and courtesy, but this didn’t mean that he would stand for being humiliated.

“You don’t have to be bitter. That spot isn’t given to you, it is given to our school. I’m just informing you. I’m not discussing this with you,” Xiong Zhenshan said before walking off.

Luo Yunyang bit his lower lip hard. His heart was not resigned, yet he felt an immeasurable pressure weighing down on him, making him unable to breathe properly.

“Let’s hurry back to cl*, Yunyang! The Ultraviolet Tide is coming!” Shen Yulang ran over and pulled Luo Yunyang along. The two of them ran towards the cl*room.

The only way one was able to evade its onslaught was by hiding indoors.

“I will go rest for a bit,” Luo Yunyang said firmly when they reached the corridor outside the cl*room.

He ran towards the dormitories, even though Shen Yulang urged him to stay. Halfway there, Luo Yunyang remembered that there would be some students hiding from the Ultraviolet Tide in the dormitories.

He didn’t want to see the pitiful looks on those students’ faces!

The cave behind the school was the place where Luo Yunyang normally practised martial arts. As soon as he reached it, he headed straight for the broken wooden stake in the middle of the cave and hit it.

Luo Yunyang did not know how many punches he had thrown. His strength was used up by the crazy flurry of his fists.

All those years of bitter, hard work couldn’t even be compared to a vial of medicine.

This setback made Luo Yunyang feel a deep, indescribable sorrow. Despite that sorrow though, what made him feel even worse was his powerlessness to change things.

If he took a vial of body-forging medicine, then his strength would increase to a martialist’s level.

How would he be able to obtain a vial of body-forging medicine though?

It was impossible. 100,000 dayuan was an amount his family would not be able to acquire even in 100 years.

His mother washed and starched other people’s laundry in order to make enough for their family to get by. How could such a presumptuous thought even cross his mind?

Droplets of blood kept trickling from the cuts on Luo Yunyang’s fists, but he was too consumed by fury to feel even the slightest bit of pain.

The instant his last punch stuck the broken wooden stake hard, Luo Yunyang lost his footing and his head smashed against the top of the wooden stake.

Luo Yunyang had trained with all his might, to the point of exhaustion. All he saw in front of him as he fell was a black abyss.

The moment he landed on the ground, dazzling rays of light blossomed from the center of the broken wooden stake. The stake splintered to pieces under that dazzling brilliance and a dark gold sphere about the size of an infant’s fist appeared and flew into Luo Yunyang’s body.

Sounds of machinery rang out from within the cave.

After an indefinite amount of time had p*ed, Luo Yunyang woke up. His skull was hurting uncontrollably.

He wouldn’t vent his frustration this way again in the future. When it came right down to it, the only one he had hurt was himself.

Even though his family did not have a rich background, and it would be very difficult for him to obtain body-forging medicine, he still wanted to become a martialist!

Luo Yunyang shook his head vigorously as he struggled to get up. He suddenly realized that the wooden stake he had picked up sometime ago had disappeared.

Who would steal a broken wooden stake?

Just as Luo Yunyang felt his head hurt, a panel suddenly appeared in his mind.

When had this sort of thing appeared in his mind?

Luo Yunyang was stupefied as he looked at the figures.

“Would you like to make any adjustments?” This time, six words had appeared instead.

Adjustments? Luo Yunyang tried to shift Power to 2. He wanted to see what exactly was going on.

The moment he made the adjustment, the small panel in his mind suddenly changed.

At first, Luo Yunyang did not pay too much attention to the changes on the panel, but the instant he completed the adjustment, he felt his head buzz.

Some things that had been very clear before had suddenly become fuzzy. Plus, he also felt an incomparable exhaustion in both his heart and mind.

What was going on?

Luo Yunyang stood up and walked over to the entrance of the cave. He realized that his own speed had become much slower. Normally, this path would only take him 10 seconds to cross, but now it took him about half a minute.

However, when Luo Yunyang’s feet bumped against a fist-sized rock, the rock flew out like a rocket.

The rock struck a larger rock outside that weighed about 50 kilos and made it fly away as well. Luo Yunyang’s jaw dropped open in shock.

When had he become so strong?

Could this have been caused by that adjustment panel that had appeared in his mind?

Luo Yunyang made some more adjustments without hesitation. This time, he increased his Constitution to 1 and reduced his Power, Speed and Mind by 0.2 each…

It was a small change, yet when he was done with the adjustments, he felt too wonderful for words. He had never felt this comfortable before.

He threw a heavy punch against the rock wall, creating a three-inch thick imprint of a fist.

In the past, Luo Yunyang’s fist marks had been only slightly deeper than one inch, yet now his punch had produced a three-inch imprint.

That was something that could only be achieved with over 500 kilos of strength!

His strength must have reached and surp*ed 500 kilos. Luo Yunyang’s eyes were glowing with ecstasy.

He wanted to look up at the sky and howl in joy. Even though he wasn’t sure what had happened exactly, these changes had no doubt opened up a new path for him. 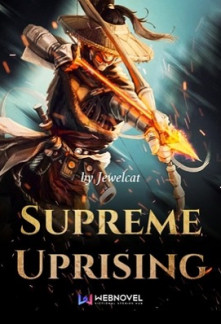