Author's Note: This isn't a chapter. It's just a list of the characters in the volume 2 in order of appearance, to help the readers remember who is who. Skip this if you have yet to read Volume 2 or if your memory doesn't need help.

Headmaster Linjos : The young headmaster of the White Griffon academy, tryin to reform the institution on behalf of the Queen.

Professor Jian Trasque: Holds the "Theory of Combat Magic" cl*, teaching the students the importance of first (c*) magic and how to use it to survive close encounters, when fake magic is not available.

Professor Valesa Nalear: Holds the "Principles of Advanced Magic" cl*, teaching the students a method exclusive to the six big academies on how to cast tier four spells and above.

Professor Vastor: Professor in charge of the Healer specialization cl*.

Professor Duke Marth: Head of the White Griffon Light Department. A brilliant mage and the only one capable to handling Manohar. Dittomarth's Cameo.

Professor Krishna Manohar: Nicknamed the "god of healing", is a genius mage with a wild and temperamental attitude. Eddicted's Cameo.

Quylla from Cerea: An orphan from a backwater village, aiming to become a Healer like Lith. Before coming to the academy, she suffered from a bad case of malnutrition.

Visen De Brae: Part of Lith's Group during the Mock Exam. He is studying to become a Warden.

Milna Kratic: Part of Lith's Group during the Mock Exam. She is studying to becomea War Mage.

Belia Ulphar: Part of Lith's Group during the Mock Exam. She is studying to becomea Battle Mage.

Scarlett: Boss of the forest, is a giant powerful Scorpicore that helps supervising the exams that take place in the wilderness. Scarlett's Cameo.

M'Rook: A Ry (Lusername Cameo), a wolf type magical beast. Scarlett second in command and leader of an elite squad.

Termyn: A Cingy, a boar type magical beast. Member of the elite squad under M'Rook. 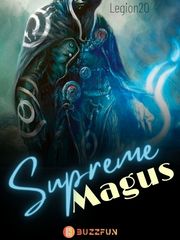