“Ye Mo, Ye Mo, are you alright? Get up quickly, the cl* is about to start. This is Merciless Ice’s cl*, hurry up and get up!” a concerned voice called near Ye Mo’s ear; Ye Mo had a very strange feeling.

“This idiot, he probably doesn’t have the face to see anyone, that’s why he’s covering up his face,” another voice was making fun of him, but now, Ye Mo was wide awake.

Ye Mo looked around him, confused. There was no one he knew, and he was surrounded by a sea of unfamiliar faces.

Seeing Ye Mo’s lost face, there was another roar of laughter. It was quite obvious that all these laughs were directed at him. Seeing that everyone around him was laughing at him, he didn’t dare to question anything for the time being, but instead could only be vigilant in case someone attacked him.

Ye Mo looked at the student sitting beside him. He was the only one who refrained from laughing at him, and it was the same person who woke him up.

“Where am I? Who are you? Why does this look like a cl*room?” Ye Mo asked in astonishment.

“Haha…” There was another roar of laughter.

“Ye Mo, I think you’re so angry that you have become dumb. Do you think Yan Yan is someone you can write a love letter to? It was okay if you were still in the Ye Family, but now, you’re not. Be careful next time. The next cl* is English, and the teacher is Yun Bing[1]. Don’t be caught by her,” Ye Mo’s desk-mate whispered in his ear. The voice was so low that only Ye Mo could hear it. It was evident that he was anxious too.

“I really can’t remember. My headache was awful just then, and I forgot a lot of things,” Ye Mo helplessly said.

His desk-mate sighed. Of course, he wouldn’t believe that Ye Mo would forget everything in such a short moment, he thought that it was just that Ye Mo needed to save his face and that he still hadn’t realized that he was no longer Ye Mo of the Ye Family.

Suddenly, Ye Mo felt a sudden pulse of pain in his head. He remembered that he was making the Energy Returning pill with his master Luo Ying, then those *s from the Western Flow Group attacked and there were all sorts of explosions and battles. After that, his master carried him and used an escape paper charm. But how could he appear here? Was this still the Luo Yue Continent?

Moreover, he was sitting here safe and sound, but what happened to his master? His master was only three years older than him, and the reason that the Western Flow Group attacked them was that his master was too gorgeous. The young master of the Western Flow Group wanted to marry his beautiful master, but alas, he was rejected. This had been the cause of their fight.

If his master were in the hands of the Western Flow Group, then the consequences would be unimaginable. Thinking about this, Ye Mo could no longer contain the worry in his heart and suddenly stood up.

“What is it, don’t you know the bell for the cl* has rung?” A cold-faced young woman walked up to the cl* podium with a few books between her arms. She scanned the students laughing in the cl* with a chilling gaze, and immediately after, the laughter dissipated. Everyone knew this English cl* was run by Yun Bing, and what she hated the most was students creating commotions. If she had her eyes on a student, then it was safe to say that nothing good would come out of that.

Ye Mo had already felt that something was not right. Although he could understand these words, the language was obviously not what he had used before. Was this no longer Luo Yue Continent? Frowning, Ye Mo wanted to know more. Another wave of a headache came, and he suddenly recalled all sorts of information.

Ye Mo was a member of the third generation of the Ye Family. His father, Ye Wentian, had p*ed away two years before, and he had no recollection of his mother. After his father had p*ed away, he was exiled from the Ye Family; this was because he was not Ye Wentian’s biological son according to a DNA test conducted in the aftermath of his death.

However, he still remembered his little sister Ye Ling and younger brother Ye Zifeng. Alas, they were both not of the same mother as him, but of the same father. Three years ago, his father seemed to foresee the eventual exile of Ye Mo, so he asked his own father to request for a marriage with the Ning Family. Since Ye Wentian had full knowledge of his poor health, he wanted to find a backup for Ye Mo. Thus, he found the Ning Family of Beijing.

Being able to have a marriage with the top five families of China, the Ning Family was, of course, very glad to oblige. The head of the Ning Family betrothed his grand-daughter to Ye Mo. Three years ago, Ning Qingxue, who was only 21 at the time, was already the prettiest lady in the entire capital.

Meanwhile, Ye Mo became the disaster of the Ye Family, and the reason was simple. In one hospital check up, Ye Mo was discovered to be naturally impotent. In other words, he couldn’t reproduce. Although the Ye Family tried very hard to conceal this matter, it seemed that all the people in the capital knew it in only one night. One of the 5 greatest families of China, the Ye Family had a naturally impotent member, which made the Ye Family losing a considerable amount of honor.

“Argh…” after his memory recovered to this point, Ye Mo suddenly shouted in agony and stood up. He almost took his pants down to have a look immediately. He understood that he could have possibly reincarnated on someone also called Ye Mo, but the worst was that he actually couldn’t have s*x. He’d rather die than be like this.

“You, what is your name, and how dare you yell in my cl*?! Come to my office after the cl*!” The pretty teacher was interrupted by Ye Mo’s scream, causing her to become livid.

All the other students in the cl* s*ed and smothered their laughs. Making a university student routinely visit her office was something only this English teacher could do. Furthermore, one had to go because their marks were at stake.

Ye Mo dejectedly sat down. Although he wasn’t too sure about the warring amongst prominent families, he knew that he was probably kicked out of the Ye Family because he was naturally impotent, rather than his lack of a biological link with his father. Plus, who knew what actually happened to the data from the DNA *ysis?

Ye Mo wasn’t concerned about being exiled from the Ye Family. He didn’t care about that at all. What he cared about was his natural impotence and how his master, Luo Ying, was doing.

But now, he also understood why the students in his cl* were laughing at him. It was because the soul who owned this body before was already kicked out of the Ye Family but still wanted to go for the hottest girl in the cl*, Yan Yan. In the end, she stuck his love letter on the blackboard, stood on the podium looking at him contemptuously and said: “Young Master Ye, would you be able to get it on in bed with me?”

So this was the reason the whole cl* laughed at him. The original Ye Mo probably died due to the humiliation. Making a naturally impotent person go in bed with her, this was like smacking him in the face. Although that person wasn’t actually him, Ye Mo’s face still sank.

He looked at the girl called Yan Yan. She was very curvaceous; however, that b*tchy act made Ye Mo feel really repulsed. He really couldn’t understand why the original owner of this body wanted to pursue her. Finally, after thinking about it for a moment, Ye Mo realized that, when Ye Mo was still in the Ye Family, everyone was trying to * up to him, including that girl called Yan Yan. However, after the news of him being naturally impotent was spread out, he felt that he lost face and wanted to find a girlfriend. Unfortunately, he didn’t think that the girl that *ed up to him so much before would treat him like this. Under such humiliation, he fainted, allowing the current Ye Mo to reincarnate.

He was actually reborn into a place like this; he couldn’t understand a word the beautiful teacher was saying on the podium. He organized his memory, and his face sank. Leaving his impotence problem aside, the fact that the spirit Chi of Heaven and Earth was so scarce here was something he couldn’t accept. This wasn’t a place for cultivation. He wondered if he really was going to die on this place called Earth?

It no longer mattered if he still went to this university. The most important thing was to understand his predicament. His impotence had undermined the reputation of the Ye Family. Although he was kicked out, who knew if he would be suddenly killed? Perhaps other things happened which resulted in him being kicked out. Right now, was he even safe?

At the end of the cl*, Ye Mo rushed out of school in a hurry, neglecting his trip to the teacher’s office. He needed to find a place to check himself and see if he was really naturally impotent.

The good thing was, there were quite a lot of alleyways around Ning Hai University. Ye Mo rushed into a deserted alley and hurried to pull down his pants.

His doodle was indeed tiny, but Ye Mo wasn’t disappointed just because his doodle was small. Instead, he let out a real sigh of relief. He wasn’t naturally impotent. It was because his doodle was too small that one of the meridians had been blocked from developing, creating this fake impotence. Before he cultivated on the Luo Yue Continent, he was a master in the medical field, so he knew what the situation was with only one glance.

Unfortunately, it was impossible to break open this blocked meridian with the current technology on Earth; however, this wouldn’t be hard for Ye Mo. Although he didn’t possess the ability to open the blocked meridian just yet, as long as he reached the third stage of Chi Gathering, this meridian would open itself.

However, Ye Mo was beginning to get disappointed again. This was because the spirit Chi was so scarce on Earth, and it would be a daunting task for him to reach the 3rd stage of Chi Gathering. In fact, he might not even be able to approach it his entire life. That way, his impotence would never change. After sighing, Ye Mo just wanted to pull up his pants. Suddenly, a scream shook his heart.

“Scumbag!!” This was definitely a high-pitched woman’s voice, and it sounded right in front of Ye Mo. Just then, Ye Mo was only focused on checking his doodle, so he forgot to look around at the situation. He didn’t think that this alley was connected to anything, it was just that the turn was further in, and he couldn’t see it.

Ye Mo wasn’t a nudist. More than that, he also didn’t have any *ets to exhibit. He hurriedly pulled up his pants and was about to run away.

“Ye Mo, is that you?” After this woman had yelled, she used another very surprised tone and asked. She obviously knew Ye Mo. 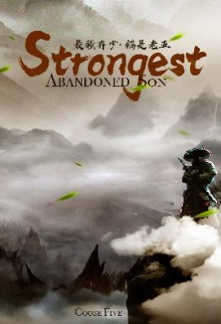