The circular all-weather surveillance aircraft was slowly sweeping across the surface of the sea, and the pure white snow line could already be seen.

“Head, we’re about to reach the extreme north,” a clear voice sounded as Nan Cheng, who was dressed in a white military uniform, reported to Lan Xiao, who was seated in the *istant captain’s seat.

They were a scientific research team that came from Soul Land’s federal scientific research, Ancient Spirits and Beasts Research Institute, which was under the banner of Tian Dou Institution. Ever since the Soul Land federal government had completed its first trip to space 9,000 years ago, humans started to explore outer space. Their findings allowed them to have a deeper understanding of the boundless universe.

Following the issue of overpopulation, humans started to explore the options of migrating to outer space. After countless millennia of unremitting effort, they finally completed the migration to the first planet. A thousand years later, humans had already completed the plan of migrating to the seven planets and were opening up the planets for development.

Ever since the narrow destruction of the spirit beasts ten thousand years ago, the chairman, Mo Lan, who was known as the mother of peace in Soul Land’s federation, declared a peaceful coexistence between humans and spirit beasts, thus stopping all m*acre of spirit beasts.

When the federation was going through the colonization of the third planet, he would present this planet to the spirit beast and allow the present digital spirit beast to lead and go through the great migration in front of ten thousand beasts. The spirit beasts finally had a place they could call home.

The scientific research team that Lan Xiao led came to the Extreme North to scout and see if there were any remaining snow-type spirit beasts or traces of spirit beasts; they would start their research from there.

The Extreme North was once known as the last piece of clean soil for Soul Land. The harsh environment here protected the remaining spirit beasts from being harmed by humans. After that, it also went through migration, but this world of spirit beasts was a unique system, and it took a lot of effort to get the majority of the spirit beasts to agree to move. However, there were still some who chose to stay or hide.

“Alright.” Lan Xiao had the rank of a major hung on his shoulder; he was a dashing 31-year-old and had graduated from Soul Federation National Science and Technology Institute. He specialized in the research of spirit beasts, and everybody in the research unit was awarded a military rank as they were under the management of the federation.

While he responded, his gaze unconsciously landed on the elegant curve on Nan Cheng’s military uniform. Other than being just colleagues, they were lovers. The beautiful Nan Cheng just entered the research institute for a while when this head of the institute used their proximity to obtain favor from her. Both of them had a great relationship and were planning to get married after this expedition.

Nan Cheng glared at him and turned away. Her charming appearance caused Lan Xiao to grin.

“After entering the Extreme North, immediately turn on the life detector and increase the strength to the level of ten years old spirit beasts,” Lan Xiao ordered.

“Yes, sir.” Nan Cheng was specifically responsible for the exploration, and she replied seriously, putting aside her relation with Lan Xiao.

Very soon, the all-weather surveillance aircraft entered the Extreme North and flew further in; the soft white glow revolved around it, isolating it from the bitter cold outside.

The lower body of the aircraft was flat. It had a faint green ray of light shining from it, and when the light fell on the ground, it formed a green aperture that covered a square kilometer. Any spirit beast would be detected in the green aperture if it had a life strength of over ten years. This was the latest life detector, and it could detect anything even if it were 100 meters underground.

The surveillance aircraft traveled along the coastline and scanned as it moved along. Although the life detector covered a wide area, the Extreme North was vast, and it would take quite some time if they wanted to scan every single place.

“Alright, since we’re here, everyone can take a break after we set the exploration procedures. I hope we’ll be able to find something this time,” Lan Xiao stretched and said somewhat lazily with a faint smile.

Seeing this, Nan Cheng pouted. This chap was always like that. He was always nonchalant when he did things, but he always did a great job each time. When they were in school, he didn’t have to put in any effort and yet, he could still be a student with straight-As. He got into the research institute easily, and even though they both entered at the same time, he was already a lieutenant and the higher-ups had made exceptions twice to promote him. One had to know that it was very hard to be promoted in the military, and with no war, it was only possible to make steady progress and reach the middle ranks at over 40 years old. But this chap was only 31 years old.

She got pretty upset whenever she thought about it, I clearly work much harder than him! Even when he was wooing me, I was so ignorant and fell for that harmless smile! Hng!

When she was deep in thought, someone blocked the light and rubbed her head with a large palm while a familiar voice spoke near her ear, “Alright, the device will automatically alert us if it finds anything. Come and eat with me.”

If other people became lovers in such an important department, they would definitely be very cautious. However, Lan Xiao didn’t have any self-awareness at all, and he would show his affections toward Nan Cheng very publicly. Nan Cheng had reminded him multiple times, yet he was still stuck in his old ways, I can’t take it anymore!

“En.” Nan Cheng stood up before she realized that she had simply obeyed him once again, Darn it!

She was about to glare at him but was faced with Lan Xiao’s mesmerizing smile instead. She stared blankly, and he pulled her little hand swiftly toward the cafeteria. The man’s voice rang in her ears.

“I just love that silly look on your face.”

Who are you calling silly? How dare you!

Just when she was about to go on a full-on rampage, a series of urgent “didi” sound attracted everyone’s attention.

Nan Cheng rushed back almost instinctively and quickly performed a series of actions. She enlarged the screen before her, and a ring of intense light was spreading continuously.

Lan Xiao followed closely behind and stood next to her; his face turned grave as he looked at the screen.

“Attention all units, attention all units. There’s a possible appearance of a powerful life form. The plane shall rise up to three kilometers, and the life detector will be focused on taking the readings of the said life form. The defensive cover will be turned to the maximum strength, prepare the weapons,” he commanded without any hesitation as the lazy look on his face disappeared and was replaced by seriousness.

The light displayed on the screen was red, and he knew what this meant— only a spirit beast at a level of a hundred thousand years was capable of releasing such strong energy.

“En.” Nan Cheng’s hands were like butterflies fleeting through the flowers as she worked on the control panel before her. Very soon, the satellite was connected, and the high definition reconnaissance satellite managed to lock the target under her lead.

Lan Xiao straightened up and turned to the main screen of the aircraft. On the screen, there was an image that was being enlarged quickly.

In the beginning, it was just a white screen but very quickly, they were able to see the snow melting away. Following that, they saw a valley that was surrounded by ice and snow.

It was said to be a valley, but it seemed more like a crack, and the crack was enlarged under the high definition satellite until a deep part of the valley, next to a ruptured rock.

That enormous life force came from here, and when the satellite pinned point the spot, Lan Xiao and Nan Cheng could clearly see that under the ice and snow, there was a faint flickering of a golden glow.

The image was enlarged further, and now that they could see even clearer, they discovered that flickering glow wasn’t just gold—there was a silver glow too. The two colors were alternating slowly.

Nan Cheng turned to look at him and asked softly, “What is that?” 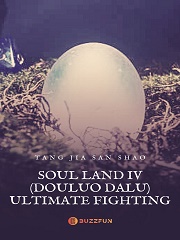