“Yang Ming, why are you acting so sneakily?!”

At this moment, Yang Ming had just thrown his bag onto the seat, preparing to sneak out for a game of billiards; however, before he even reached the cl*room’s door, a sweet and yet icy voice shouted from right behind him. A chill went down his spine as he was shocked by the sudden voice.

“Ah, isn’t this our great study commissary? Is there anything that your humble subject can help you with?” Yang Ming turned around and said with a bright smile.

The owner of the sweet voice was the study commissary of Yang Ming’s cl* – Chen Mengyan of Grade 12, Cl* 7. Yang Ming could be considered a courageous figure who knew no fear where even the cl* teacher’s words would enter in one ear and out the other, and yet he was somehow afraid of this young girl.

Actually, Yang Ming wasn’t really afraid of Chen Mengyan, but the main reason behind it was that he had a crush on her since Grade 10. However, he knew very clearly that it was impossible for the two of them. Birds of a feather flock together – the students who she hung around with were the top achievers in the school. While he himself would be addressed as an underachiever in more pleasant terms, if one decided to be blunt, he would be called “the hindrance that dragged down the cl* performance”.

Even though the two of them didn’t really interact much, Yang Ming had always treated Chen Mengyan gently. If it was someone else who chastised Yang Ming like that, he would have dragged the person to a corner and dealt with him or her using his fists and kicks.

“Yang Ming, not considering your consistently late attendance to cl*, you only entered cl* not even a minute ago and now you’re planning to go out again?” Chen Mengyan said those cold words with a poker face.

“Study Commissary Chen, can you please stop accusing me? I’ve only been late at most five days in a week. How could you say that I am late every single day? … Moreover, I have a full bladder right now and am rushing towards the washroom!” The excuse immediately came out from his mouth, but as soon as he said it, he regretted it. He used the exact same reason to escape from Chen Mengyan yesterday and yet, he accidentally used it again today.

5 days? Chen Mengyan was stunned for a bit, but then immediately she understood what Yang Ming meant. This brat really gets on people’s nerves!

“Full bladder? Why do you always have a full bladder in the morning?” Apparently, it wasn’t that easy to trick Chen Mengyan. Immediately, she exposed the lie and said, “Yesterday morning you had a full bladder too. Hehe. Your metabolism rate is really high, right? You disappeared for a whole day after you stepped out. I even thought that you fell into the toilet bowl while peeing!”

“Erm … ah, we can discuss yesterday’s issues later on, but now, let me deal with my physiological problem…” Even Yang Ming himself didn’t know why he took the effort to explain so many things to her. However, he had promised Li Dagang from Cl* 8 to go play billiards together this morning and therefore wanted to sneak away quickly. Otherwise, it would not be an easy task once the cl* teacher arrived.

“You stand still!” Even though Chen Mengyan didn’t really like sloppy students like Yang Ming, as the study commissary of the cl*, she considered this as part of her responsibilities. “Yang Ming, we are already in Grade 12. The National Higher Education Entrance Examination is only half a year away from now. If you continue wasting your time like this, how are you even going to enter a university?!”

“Even a pig can enter a university. What makes you think I can’t enter?” Yang Ming said with a bitter face. Asking him to strive high to enter a university? One might as well ask him to take down the moon from the sky. As of now, Yang Ming could only understand a few things during the Mandarin language cl*es, but other than that, the other cl*es like physics or chemistry were like alien languages to him.

“Who are you calling a pig!?” Chen Mengyan’s face darkened as she said solemnly.

“Erm, I didn’t say you are a pig…” Yang Ming now understood his own words may have been a bit ambiguous. Smart students like Chen Mengyan would absolutely be able to enter a university, and yet he was saying that even a pig could enter the university; sure enough, his words would have triggered her unhappiness. Immediately he said with a smile, “Well, you know, my language literacy isn’t that good and my essays are filled with broken grammar. They are almost like words written in alien languages!”

After Chen Mengyan listened to Yang Ming’s explanation, her face brightened. She knew of Yang Ming’s capabilities. Most importantly, she understood that even though Yang Ming disliked studying – always skipping cl*es, smoking, and fighting – and although he would joke around casually, he was a kindhearted man and did not insult others without reason.

“Chen Mengyan, you also know what kind of person I am. Right now I don’t even know Grade 10’s course material. You want me to study. What can I actually learn?” Seeing that Chen Mengyan was not going to let him go easily, Yang Ming was going to convince her to give up completely on him through emotion and reasoning.

Ai, this girl has a pretty face and *y body. If she can pursue him in the “other aspects”, that would be brilliant, Yang Ming thought to himself in a lewd manner.

“But you shouldn’t just give up like that. Now there’s still three months until the college entrance examination. It’s not long, but neither is it a short amount of time. As long as you put in the hard work, I believe it’s possible for you to have some results – at least, to enter an ordinary degree course,” Chen Mengyan continued to say after a few thoughts. “Haven’t you heard of the saying, ‘With discipline and will, even the metal rod can be milled into a needle’?”

“A metal rod can be milled into a needle, but a wooden rod can only be milled into a toothpick. No matter how hard you work, it’s useless. The material is mismatched,” said Yang Ming as he smirked.

“You!” Chen Mengyan ran out of breath. This Yang Ming – even though he’s stupid, he’s smart at coming up with fallacies.

“Mengyan, why are you wasting your words on him. Let him do whatever he wants to do. If you have him in cl*, all that he’ll do is disrupt the cl*.” At this moment, the cl* monitor, Wang Zhitao, walked in. He gave Yang Ming a scornful look as he spoke to Chen Mengyan.

Chen Mengyan frowned when she heard him. She didn’t really like Wang Zhitao’s superior attitude.

“Ah, Wang Zhitao is right. If I stay in cl*, I would influence the other students!” Even though Yang Ming was not satisfied with how Wang Zhitao looked down on him, the more important thing was to escape the cl*room. After he finished speaking, he turned and ran out of the cl*room.

“Yang Ming —-” Chen Mengyan stomped her feet while biting her lip. She glared at Wang Zhitao and said, “You screwed it up the moment you came. I wanted to advise him to study properly!”

“Mengyan, you are really naïve. Don’t you know what kind of person Yang Ming is? If he could study, he would have. We are a different kind of people. You shouldn’t bother too much with this type of bad student!” said Wang Zhitao as he laughed.

“With so many people in cl*, don’t call me Mengyan.” Even though Chen Mengyan appeared cross, she wasn’t really angry. In her heart, she had some good feelings toward Wang Zhitao. After all, he was handsome, had good grades, and fit the model of many girls’ ideal prince charming. But Mengyan knew that now wasn’t the time to be thinking about all these things – her studies were more important.

After Wang Zhitao noticed that Chen Mengyan wasn’t really angry at him, he allowed a slight smile. Actually, he was not really against Yang Ming, it was just that he didn’t like how Mengyan argued every day back and forth with this guy. He already had his heart set on Chen Mengyan to be his wife. 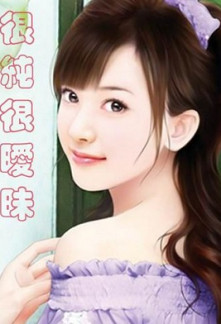