"Thus both sister and brother decide to become lovers."

Haru sighed and felt tired after writing his novel. He checked his novel for a while and was quite satisfied with the result, "I will send it to Machida later." He walked toward the veranda of his room while bringing a bottle of water. He looked at the scenery outside and was caught in nostalgia.

"It has been 15 years, huh," Haru thought while drinking a bottle of water in his hand. He felt it was quite long since he had been living in this world for 15 years. He was quite baffled since he was reincarnated after he had died from accidents in his past life. His memory was kind of fuzzy but he still remembered his job and some other things.

The only thing that made him startled was when he was born into this world. He was shocked when he heard his parents say his name.

"Your name is Kasugano Haruka," Haruka said while looking at the scenery outside. His throat was quite thirsty when he thought that he had been reincarnated into the protagonist of 'Yosuga no Sora' and it was quite hard to explain his feelings at that time. He was a novelist at that time and he also had a hobby to watch anime before.

"But why is this anime?" Haruko thought and sighed.

Suddenly he was caught in nostalgia when his parents died a month ago because of the airplane incidents. Both he and his little sister were very sad and it was also their darkest moment when they heard their parents had left them.

They suddenly became orphans and almost separated since their uncle or aunt couldn't take care of them at the same time. They needed to be separated from each other even though they didn't want it to happen.

Luckily, he was a novelist and he could take care of the economy's problem with his family. Even though he didn't cheat, his memory was very good and he could recreate some of the famous novels in his past life. However, he didn't write it and decided to write his own original. He wasn't the most popular novelist but he wasn't that bad either and had quite a lot of fans. He had enough money to live comfortably in this town and even bought his own house, apartment, or car.

Though, he didn't do that since he was still a minor. He also didn't want to move out either from the apartment that had been left by his parents.

It was quite fortunate that he could have an ability to produce his own money or else he would be forced to sell this apartment and lived in the countryside. He remembered that his parents had a house in a rural city.

Haru didn't really mind living there since it was also helpful for his little sister since her body was frail and weak. He thought the countryside would be quite good since the air was fresh and it would help her health. However, she rejected the idea since she didn't want to live with a lot of bugs and slow internet connection.

Maybe it was his fault to pamper her too much.

Haru decided to take a break for a year and would enter the high school in the next year. He still needed to take care of his little sister since her condition was quite bad when she heard their parent's news. He should be in the first grade of high school right now but he didn't really worry about that. He also thought it would be good to enter the same grade as his sister when they entered high school next year.

Haru thought about a lot of things that had happened in the past fifteen years. He was wondering whether he could escape from the plot. He remembered his childhood during elementary school when he lost his v.i.r.g.i.nity to the neighboorhood big sister. He couldn't fight her and he also didn't want to fight her either. He decided to follow the flow but in exchange, his little sister had seen both of them had done the deed.

This was probably one of the reasons why his little sister didn't want to live in that place.

Haru went back to his room and placed the bottle on the table. He started his daily workout and took out his shirt because he didn't want it to be reek of sweat. Even though he had been reincarnated into this protagonist, he was somewhat different since he took care of his body. He also learned how to swim since he was afraid of the tragedy that happened in the last episode of 'Yosugu no Sora'.

Haru started to do a push-up while thinking about the next plot of his novel. He wanted to be lazy and wrote a famous novel in his past life but stopped when he saw another character from different anime and manga were living in this world. He was kind of afraid that he would write someone's life in his novel later and that person would come after him to make trouble.

Sweat started to drip from his forehead but it was still far from enough to finish his routine. He needed a strong body to be fit and protected his little sister. He didn't have a sister complex but he really cared about her since she was his only little sister and there were only both of them who were living in this world.

Haru stood up after he had finished his workout. He took a towel and went to the bathroom. He looked at his reflection in the mirror and nodded.

He was around 176 cm in his 15 years and it could be considered quite tall for someone his age. He knew that he could get taller in later years. He has short silver hair and black eyes. With a gentle appearance and slim muscular body.

Haru didn't really like the bodybuilder body and his little sister was also the same. He wasn't exactly narcissistic but he was quite handsome. He needed to be grateful toward his parents to give him a good gene. He took off his pants and went to the shower to take a bath. He started singing and made him unable to notice someone who was peeking at him through the gap of the bathroom.

That person hurriedly went back when that person saw him wanting to come out from the bathroom.

Haru didn't take a shower for too long and went out to dry his body. He walked toward his room and saw an email on his laptop, "Machida?" He opened it and read the message from her.

"Send the next volume of your novel, hurry up!!" Machida wrote in her email.

"What an impatient woman," Haru shook his head and searched the file of his novel to send it to her email. He sent his novel to her email in a few seconds but he saw his phone vibrate. He took his phone and saw a notification from a group chat invitation on his CONNECT account. He frowned and looked at the invitation.

[Do you wish to join Dimensional Chat Group?]

"What the heck is this?" Haruka had also received a lot of this kind of group but he usually rejected it since it was pretty much bothersome. He wanted to reject it but suddenly he changed his mind and decided to accept the invitation.

Haruka accepted the group request and got the notification.

[The Dimensional Chat Group has been created, congratulations for the 'Sis-Con' to become the group owner!!] 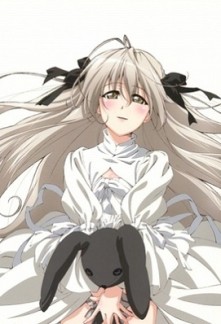