Along with this pitiful and earth despairing scream resounding, countless bird which rested upon the trees flew away while chirping, the culprit however ignores this and is completely submerged in his tragedy.(TN: Pfft, at least you didn’t get sent in by truck-kun)

This is one black haired and black eyed youth who looks around 20 years old with a face that’s not too fugly and not too handsome (TN: Rolls eye*). Right now, he’s crouching on a plain inside a forest, hanging his head low, with a dash of sadness on his face.

Lifting his head, he observed the surrounding trees which grew tall beyond observable horizon, he wants to cry but for want of tears can’t.

Who would’ve thought after he awakes from his sleep, he would come to such a mysterious and isolated place. Of course, this youth thinks so, for if an outsider were to see this, they would reckon its quite a lively and verdant forest.

It’s not like the youth didn’t think he was still inside a dream, but, from the “fresh” bruise on his arm. Reality is a b.i.t.c.h! This is all certified by her.

“Could this is the legendary isekai (TN: you’ve probably noticed but I use jargon that may be familiar to readers of j.a.panese novels where there is no close meaning in english) transportation? But why isn’t there any cheats? Why isn’t there any reincarnation, and this is a place so desolate there’s no human in sight, what am i supposed to do? O lords of transport, are you trying to screw me over? (raw: 你们难道是在逼我便当?)” While still in a daze he sat there without regard for the soil on the ground, opening and closing his mouth, heavens know what he’s mumbling about.

Should we say just as expected from an otaku youth?

Or could it be that the lords of transport (TN: Hallowed be thy names) got fed up with his ramblings, why the youth is still wallowing in his tragedy, a cold machine-like voice came.

Suppose if one were to be in a G.o.d forsaken place, and suddenly there’s a deep cold voice ringing, what kind of reaction would one expect? Well, the answer is on the youth’s face. (TN: close enough,

His whole body jerked, screamed like a little girl and jumped higher than never before, even before he went into a trashy otaku life, he was never this athletic.

“Wh-wh who goes there, you think i am scared of you? I will have you know, even if you want to do me in (original raws was literally to claim one’s lunchbox which means removing a character from a story by inducing said character’s death or disappearance), I choose to die from famine after binging on anime for 7 days and nights, I sure as h.e.l.l won’t die in this no man’s land, capeesh?” So the youth says while shaking in his boots and unsteady laugh with indescribably feeble tone.

Perhaps he felt it by now (Author note: Ya sure?) Gulping and resisting the urge to escape, he stuttered: “Sa- Say something y- you…”

One cannot blame him, take anyone and put him in this situation, anyone wouldn’t be able to stay calm yes? What’s more this is but a home security guard, one who has not known the outside world.

Too bad, there is still no sound in this lush forest as if the voice was just a hallucination of sorts.

Timidly looking around, he breathed in trying to calm down his pounding heart and then opening to speak once more: “Hey, the one who went by the name system…”

After that, the youth was stunned.

This can’t be real can it?

With his train of thoughts arriving here, the youth finally calmed his mammaries, scratching his head he mumbled with suspicion. “System?”

Right after that, the mechanical voice resounded once more. “At your service, user!”

The youth’s heart jumped once more.

He could deal with this situation with more composure after a bit of psychological preparation, this kind of setting, as long as it’s a hikikomori, he can guess what’s gonna happen from now on.

“So… system, where is this? What the heck happened? Why am i here?” Like a machine gun he shot his saliva (TN: Ew.), he can’t wait to find out what situation he is under, in this forest of no humans, he can only cling on to this system as if it was his life line.

Fine, from these information, the youth arrived at a few conclusion: First, he transported; Second, from the name of this place, he was transported to a western styled worlld; Third, it would be nice he this was a normal world, but if it were one of them mystic or magical fantasy type world, then from that unbearably kappa esque name of a place, the chance of him dying is probably only marginally lesser than a girl coming up and hitting on him. (TN: Probably talking about his plot armor)

Shaking his head vigorously, as if to throw his conclusion out of his mind, reminding himself inside his heart, that this is a false conclusion, false conclusion, as a glorious transportee, according to standard (TN: world transport standards revised 2017), i should be able to kick a.s.ses from north to south, conquering the world, make “friends with benefits”(Lit: good companion), creating crystal palace (tn: read harem), making an unforgettable legacy!

It says so in the novels, it’s impeccable logic!

While he’s daydreaming, alas, it gets more ridiculous by the second.

With a few breaths and dry laugh, he manned up and faced the empty front. “Can i go back?”

“Beep! Out of system protocol, please probe around yourself!”

Can’t help but twitch the edge of his lips, the youth unamusedly said: “Then what isn’t out of system protocol?”

Out of nowhere a multi-colored board appeared in a flash, it looks so unreal as if it’s just a projection.

Bewildered at the fantastic board in front of him, floating upon it were the screen for ‘status’, ‘equipment’, ‘ability’, ‘items’, ‘summon’, totally game like.

Now if he still doesn’t realize what this is, he failed at hikikomori, this…. this is clearly a cheating system straight out of a novel!

And so he jumped 3 ft high, creating his personal record once more, ecstatic to the extent he forgot who’s being a whiny little b.i.t.c.h just a while ago.

This is practically telling me to cheat (lit: against the heaven 逆天)!

Laughing like he went half r.e.t.a.r.d, no wait that was not an adjective, he went full r.e.t.a.r.d.

Looking at the status board, as if it was his true love, coming ever close to kissing it, while still in full r.e.t.a.r.d mode (TN: like so

The five tabs disappeared and what appeared was an illusory projection of himself accompanied by a description ‘unit status’.

(TN: i won’t put this into an ordered format until i have seen comments on how to best approach this because this whole thing gets changed somewhere after 75%, 1500+-ish chapters of the story)

With this kind of questionable and full of boke to tsukkomi on kind of status (TN: not much to tsukkomi except weak as shiet piece of fodder). The youth’s face kept changing colours as if to imitate the colour spectrum on the status projection.

Although this is not the time to roast or tsukkomi, this b.u.t.thurt can’t be contained.

“I say, as a standard novice, the pitiful status and string of zeroes i can accept just barely, but why the h.e.l.l does is up with unit’s value? The f.u.c.k is ‘human’!…” As anyone who plays mmorpgs, or seen the novel counterpart should know, in unit’s line there should be a name…”

“phew…” Some wind blew across the plains, along with it went some leaves, blowing past his face, as if to laugh at him…

After an abnormal quiet, the egnimatic system sounded once more.

“Please choose your term of endearment!”

You paused didn’t you! You definitely paused just now!

p.i.s.sed as he is, he scratched his head until his hair resembles a bird’s nest, powerlessly he lowered his hands feeling very rustled in the jimmies.

“Please choose your term of endearment.”

The voice urged him once more, poking him out of his faint suicidal feelings, leeting out a sigh, he exhaled. “My name’s…”

Stopping halfway, since it’s a new world, that implies a new beginning, his old name, might as well be buried…

And it hit him like an epiphany, he mused before he lifted his head. “Wu yan ( as in to have no words/ silent)! I will go by Wu Yan!”

The youth… no, Wu Yan who despite not sounding to have integrity (TN:没节操 a bit lost in translation, the meaning carries more of a nuance of someone who don’t follow norms blindly, goofy), but this is the best he could think of at this stage regarding name.

In any case, there’s n.o.body here who can recognise him, a cooler sounding name surely can’t run afoul with the law?

“Beep! Ident.i.ty confirmed, user: Wu Yan, confirming that the status has been revised from human to Wu Yan, he returned nodding with satisfaction to the original menu.

With expectations, he clicked the ability tab and what was listed there were three sub tab ‘skills type’, ‘talent type’, ‘bloodline type’. He clicked without hesitation on bloodline type.

(TN: urgh, i swear their fascination wtih big numbers, i will start in units of mil if this s.h.i.t keeps up)

True ancestor: 500,000 Ap (TN: not sure where this is from, word of G.o.d says this resembles but is not that of the true ancestor in type moon or strike the blood)

Looking at those blinding array of numbers, he became disorientated and just clicked ‘return’. He’s mind still in limbo even though the screen has returned to the menu.

With these, he refuse to believe that he can’t deal with this world!

At the moment, he’s feeling very grand, seems like he’s at the top of the world, stepping on a mountain of corpses, brandishing his infinity sword like a boss!

the list goes on and on, and as the list grew bigger his mouth grew as well. To the extent of a hippopotamus, he held in his compulsion to laugh like a maniac, he continued on to ‘skill type’ 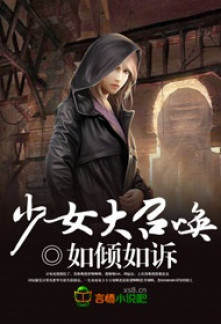