The Qixi Festival 1 happened on a summer night. In the western sky, a shooting star blazed a blood-red arc across the heavens, sending the numerous couples beneath who held spectacle to its descent into bouts of enthusiastic prayer and wish-making.

Meanwhile, Fang Ning, as single as a dollar, couldn’t care less. He was curled up in his small, rented room, tapping endlessly on his keyboard, completely disconnected to what was happening outside. However, a pop-up from an annoying website would soon appear in the bottom right corner of his screen, bringing news of the outside world into his bubble of safety.

The interest in his games diminished soon after.

“SHOCKING! Fire Meteor From The SKY! Men went quiet while women cried when they knew the REASON…”

Offhandedly, he clicked the news open and read it with pursed lips. It was another ordinary meteor sighting; the only thing that made it interesting was the author’s pathetic approach to creating such a cheap title. The comments, however, were as entertaining as usual.

“See, the fire meteor is here!”

“Greetings, fellow cultivators, I, the master, am just dropping by the Earth to rest after I failed some of God’s tests.”

Amused, Fang Ning joined in the fun. “Stop this bickering,” he typed, “This was obviously a sign of the activation of my System that had been lying dormant for 28 years already.”

Just as the comment was posted, he suddenly felt the ground beneath him rumble and quake. The shaking caused him to lose his footing and he tripped over himself head first into his desk. A sharp pain shot up his forehead, and strings of blood splattered all over his RMB 3000 laptop.

“F*ck,” Fang Ning cursed instinctively at the sight of smoke rising in the air as his vision blurred, replaced by the black curtain of his eyelids closing as he p*ed out.

When Fang Ning was lost to the world, some interesting comments popped up on the Internet.

“Somehow I started vomiting water. What should I do? How do I disguise myself so I look normal?”

“What a coincidence, I started breathing fire too! Let’s go and rescue grandfather now!”

However, these comments soon disappeared from the site, as if they never existed in the first place.

Fang Ning felt like he had been dreaming for a very, very long time. He dreamt of obtaining a life hack, where he got himself a System. Since then, he had conquered all four continents and walked to the pinnacle of humanity.

When he finally came to, he opened his eyes to find that the blood on his laptop had somehow disappeared, and his forehead no longer caused him pain.

He sighed, “Sadly, that was just a dream. I should really check if my laptop is ruined.” He willed his hands to move for his laptop.

However, he was suddenly doused in mind-numbing panic. His eyes shot open, wide as saucers.

Fang Ning suddenly realized that he had lost ALL control of his limbs. His hands weren’t moving! More accurately, not a single part of his body was moving to his commands.

‘Okay, I must be dreaming. I’m somehow still asleep, and all of this is just a dream.’ Fang Ning kept his composure. He was convinced that he was still in his dream. Yes, that must be it, this was a lucid dream, nothing more. However, a sound suddenly echoed in his head, and realization hit him like a train at full speed.

Wait, I’m getting my own System now?! Fang Ning was overwhelmed by great elation. This was definitely not a dream, he happily thought, before his face darkened like coal the next second.

‘What? Untreatable illness? I attend all my annual checkups, why don’t I know this?’ Fang Ning shuddered in shock after he heard the System’s notification. He suddenly recalled all the different illnesses that he came upon previously, their ominous names flashing in his mind.

‘What? My body is being seized by the System?’ Fang Ning was very confused by the current proceedings. He knew that he was quite a lazy person; he would never go for a haircut before his hair reached his chin, and he would only do the laundry when he ran out of clean clothes to wear. Even so, he threw his socks, underwear, jackets, and everything else together into the washing machine…

[This isn’t just ‘quite lazy’,] Fang Ning heard the System conversing with him, [It’s ‘extreme laziness.’]

He argued with all his might. “How is this extreme? I haven’t even made the Internet news sites yet!”

[You’re quite a handsome guy, but you’ve been a bachelor since forever. Don’t you have some sort of f*cking sense?]

“B-But, this shouldn’t justify you snatching the autonomy of my body! I’ve used this body for 20 years!”

Fang Ning suffered a Critical Hit from the System, throwing his brain into shambles. After he conversed with the System, Fang Ning once again used all his might to raise his hand, but to no avail.

He soon realized that aside from thinking, hearing and seeing, he could not control anything else. There was no other way for him to prove that he was in control of himself aside from his brain.

At this very moment, another sound was heard from within his mind. His final verdict was announced.

[The System is processing…]

[The System is processing…]

‘Processing my *! Return me my body, you *! You’re a life hack, for God’s sake, just be a good support that lives up to the holy name of the task! Stop trying to stage a coup!’ Fang Ning bellowed internally. He really wanted to scream out loud, but unfortunately, he no longer had control over his voice box.

The System did not pay him any mind. A minute later, Fang Ning witnessed his body quickly cleaning up the instant noodle packaging and fruit peels that littered the table. His body, cleaning, seized by the System’s whims.

‘F*ck, is this System actually planning to spring clean the place?’ Fang Ning muttered to himself.

Right on cue, a System notification showed up.

[The System is cleaning its habitat…]

Fang Ning watched the System sort all the trash in the room in one corner with his body. In the pile were takeouts, parcel packaging, and the socks he had not washed for a month….

After the trash was cleaned, the System used his hand to pinch his nose as he retrieved a stack of plastic bags from under his mattress, his movements practiced and methodical.

‘Wait. I don’t even remember I had plastic bags stored up in here. Does the System have X-ray eyes or something?’ Fang Ning observed, but he did not see any X-ray scenes in his vision. Then, another scarier thought doused him in icy cold water: Did the System go through all of his memories?

Just as Fang Ning was freaking out by himself, the System had skillfully placed all of the trash into the plastic bag. What embarr*ed Fang Ning the most was the fact that the rubbish that he never really took notice to had actually accumulated to as many as 6 to 7 bags.

Then, he saw his body push the door to his room open before walking down the stairs. He took repeated trips until he managed to throw everything into the rubbish bin. What’s more, the System even commanded his body to clean the common area, living room, toilet, balcony, and every corner of the rented house.

“Well, this is a rare occurrence!” When the System controlled his now smelly body to shower, a girl emerged from the room beside his.

This beautiful girl said in surprise when she opened the door to a sweaty Fang Ning and clean floors. She had come out due to the commotion and soon realized what happened.

Fang Ning wanted to turn his head to look when he heard a melodious female voice talking about him. However, his head stayed still, and he was once again reminded that his body was now seized by the System.

Fang Ning never knew what it felt like to not be able to control his own body, but now he finally understood. Now, he finally knew how the paralyzed people felt, how horrifying and suffering it was, and how pitiful they were.

Before that, he was just an ordinary person, but he was suddenly given a System. However, he had lost his body before he could even see the first rays of the pinnacle of humanity that he thought he would achieve!

‘What kind of f*ckery is this!’

He furiously shouted in his mind, and he felt like he was losing his future to the darkness. What use would a powerful life hack be if he lost the autonomy of his being? If he could no longer enjoy the result of his life hack, how different was he from being an actual rock?

Everyone wanted to be immortal, but if the price to pay was that they must become a rock for eternity, probably no one would be willing to follow through their choice. Even if there were some that did, none of them would probably be able to last a hundred years without beginning to regret their choice.

Thankfully, Fang Ning soon realized that his situation seemed to be slightly better than that of being a rock. A notification ping once again echoed in his brain.

[An NPC is attempting to establish conversation with the Host. Please choose from the dialogue options below.]

[NPC Zhao Ying said to you in surprise, “”Well, this is a rare occurrence!”]

[Your reply; 1: You smirk devilishly, “How rare exactly?]

[2: You answer with disdain, “None of your business!]

[3: You coldly give the other party a once over before leaving. You do not answer.]

F*ck me! The first option was something so idiotic that only a main character of a novel could do. The second was to * someone off without any reason, and the third was the only normal one. However, he had no idea how to look at someone ‘coldly’. Still, he loudly proclaimed in his choice while he was busy complaining in his mind.

Fang Ning was afraid that if he were slow in his choice, the System might misunderstand him to be someone so lazy that he could not be bothered about his own fate, which would lead to the abolishment of the dialogue option system for good.

Zhao Ying had never thought that the novels of old would be true, that there really was someone on Earth that could have such cold eyes. This man that she almost never talked to merely turned to give her a once over, freezing her down to her bones in the process. Even though it was summer, there was probably no need for her to turn on the air conditioning later in the night anymore.

And her first reaction to that was to take a photo using her smartphone, which she posted on Weibo, as if no one was actually present beside her.

“Let me show you what it actually means to have a gaze as cold as ice!”

As was default due to the System’s option, Fang Ning turned to leave the scene right after the show once over. He had no idea what this pretty housemate of his did or would do after she took that picture of him. After all, the System did not provide him with a 360-degree overarching view of his surroundings; there was no way for him to know what she did with the photo.

The System, on the other hand, did not continue the interaction with the NPC either. Instead, it went to shower. 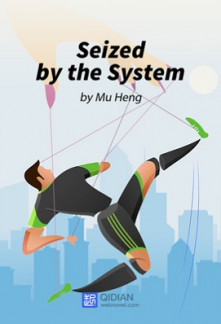