That was the first thought that came to Long Chen's mind. That day was supposed to be a day of celebration for him.

It was his 19th birthday and after much hesitation; he had finally gathered up enough courage to propose to his childhood friend. A proposal, to which Lin Yin responded in kind and accepted; the feelings they had for each other were mutual. The girl he had loved for such a long time had finally become his girlfriend.

Unfortunately, things don't always go the way we want them to be.

On the way home, a man ran towards him. Catching up from behind that man was a middle-aged woman screaming 'THIEF' at the top of her lungs.

Long Chen was able to tell that the man running away was a thief. He wanted to step aside and let the guy p* through to save himself some trouble, but his conscience wouldn't let him do so. When he saw the woman's sad and tearful expression, running after the thief, his heart grew soft.

Long Chen decided to try to stop the thief by blocking his way. But things didn't go as he planned. He was young, naive, and rather inexperienced. As soon as he stood in the thief's path of escape, the thief swiftly took out a knife from his pocket without Long Chen noticing. As soon as he grabbed hold of the thief, the knife was fiercely thrust into Long Chen's chest. The pain made him tremble and made it difficult for him to breathe, but he didn't release the thief even when he was under such agonizing pain.

More people came to help, and together, they brought down the thief. But as soon as the thief was restrained, Long Chen collapsed on the ground, blood flowing out of him endlessly. He was experiencing an extreme amount of pain, and he knew he wouldn't survive long. He wondered, was it the right choice for him to intervene? Had he let the thief p* through, he would've been alive, unhurt.

Tomorrow was Sunday, and he could have had enjoyed his very first date with his girlfriend; but now, it was all nothing but a far-fetched dream.

'I wonder how sad my mom will be if she finds out. Will Yin'er be sad too?'

'Sorry Dad, you were right, your son is stupid. Can't even stop a thief without dying.' He wanted to laugh at his current situation, but under extreme pain, it came out only as a grunt.

Before he even noticed it, his vision suddenly started to darken slowly until he could finally see nothing but pitch black. He could only hear the sound of an ambulance siren coming near. Then abruptly, everything ended. No sound, no light, no pain.

He wondered if he had already died, for he could feel nothing. He felt like he was in that state for eons before even able to barely feeling something. He could feel again, albeit what he felt was pain, but this was a pain different compared to what he experienced before. Compared to the pain he felt when dying, it was nothing.

He could also feel his body, smell, and hear the sound of air flowing in the room. He was lying on something soft, probably a bed. He wondered if he was in the hospital and was somehow saved by a doctor.

He carefully tried opening his eyes, and thus slowly, they opened. He could see things around him. He then tried looking at his body but found no wound, nor a scar on his chest. He grew confused, and tried looking around, but what he saw made him even more confused. He was in a luxurious but ancient-looking room. There weren't many things in the room, except for a bed and a few more items, including some books.

Before his thoughts could start to stray, his head started hurting again, as if it was about to burst. That was before strange and foreign memories started appearing in his mind. After a few moments, everything ended; the pain that is. He was smart enough to understand what was happening. He died on Earth, came to a new world, and occupied the current body that he was moving.

Now, he had two sets of memories. One from his original life on Earth, and the other from the person whose body he was occupying. He stood up and walked to the front of an ancient-looking mirror hung on the wall, and sure enough, what he saw was the unfamiliar appearance of the guy from which he got his second set of memories from.

From those memories, he understood a few basic things. He lived in the kingdom known as the 'Shui Kingdom' in its capital city called Dragon city. The person he took over was named Long Tian, and he was 12-years-old this year. Even he was astonished by how handsome he looked.

He had long dark hair, a chiselled face, a perfect nose, and a beautiful smile, but what attracted him the most was the set of beautiful yellow eyes. His pupils were light yellow. He had seen countless people on Earth with blue or brown eyes, but never had he seen the light golden iris, similar to the blazing sun.

After admiring himself for a few minutes, he went back to bed and started to think about everything he knew. Long Tian was the grandson of the clan leader of the Long Clan. The Long Clan was one of the three major powers occupying the capital city of Shui. The other two being the Qin and the Gu clan.

These three clans were said to possess power almost as much as the imperial clan of Shui, and Long Tian's Grandfather, Long Ren himself, was one of the strongest cultivators in Shui. His cultivation was only slightly less than the emperor himself.

Long Tian's father, Long Jun, was the second child of Long Ren, and he was said to possess the highest talent amongst all of Long Jun's children. At the humble age of twenty-nine, he had already reached a cultivation base at the peak of Gold Core. Everyone praised his talent and it was almost given that he'll become the next clan leader. That is until the tragedy struck.

One day he was **inated. Rumors circulated that three **ins attacked Long Jun, all with a cultivation base higher than him. He fought fiercely, killing one **in and injuring the second one, but alas, he died during the fight.

Long Ren was furious, and he tried to find the culprit, but every investigation he had done, arrived at a dead-end.

Long Jun only had one son, Long Tian, who possessed even better talent than his father, and he could've taken the Long Clan to greater heights.

Long Tian was hailed as a genius appearing only once in a million years. He started cultivating when he was six and achieved the peak of the body refining realm after just two years. It was a feat that ordinary people would have taken at least four to five years to achieve.

The world he arrived in seemed to practice cultivation and had ten stages of cultivation in every realm before you could break through to the next one. Long Tian was already at the peak of the Body Refining Realm. He would've broken through to Spirit Establishment in the next six months, but things didn't go as everyone thought.

For he too became an **ination target. 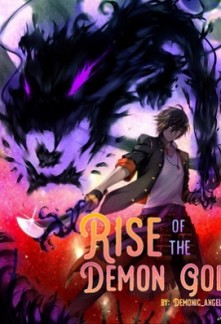