The Ye family consisted of four people who couldn’t be more common even if they tried.

The father of the house, Father Ye, we shall call him for now, was a university lecturer. He was that kind of teacher who didn’t leave much of a trace in his students’ lives, the type that wouldn’t be mentioned during his students’ reunions when they reminisced about their university years.

Mother Ye was a normal homemaker, a respectable woman who managed the family to the best of her ability using her husband’s slightly above average monthly salary.

The son, Ye Feng, was a university student, average in both studies and looks.

The daughter, Ye Shuang, had only been in work for two short years. Other than her personality that one could criticized for being slightly boyish, there was nothing worth knowing about her.

The family had a peaceful life; the parents would argue like a normal husband and wife, but it never escalated beyond a few angry words. The son had been through his rebellious period like any other young man in his high school years and had survived it without much fuss. The daughter had a boyfriend without telling her family in her second year of university but that had ended as silently as it had begun before she graduated…

There were more examples of the Ye family’s normalcy but saying more would just be a waste of word count, they were that mundane.

However, that one fateful day, an ear-splitting scream that shattered the peace of the Ye family marked the advent of a life-changing event…

The kind neighbors that bordered on nosy rushed over in less than a minute. They banged on the door, hoping to get some first-hand gossip.

“Ol’ Ye, Teacher Ye! What happened? Do you need help…”

Three minutes later, Father Ye, with a frown on his face, finally opened the door. He walked out immediately and slammed the door behind him, blocking the peeking eyes of the neighbors. Eventually, he forced an awkward smile and said, “Nothing, nothing happened.”

“Really, nothing happened‽” The neighbors pressed with concern, “Because Ol’ Ye, you’re not looking so well.”

“… It’s really nothing; my wife was spooked by the scary movie she was watching, that’s all.” Father Ye’s eyes darted around from a guilty conscience. “I… I was caught off-guard by her scream, and that explains the lack of color in my face.”

Is he for real? A scream like that in the middle of the day from a scary movie? Then again, this Mother Ye sure is young at heart to be enjoying scary movies like those young’uns even though she’s already in her 50s.

The neighbors gradually quieted down. Even though they wished to get a concrete answer from Father Ye, more questions would be inappropriate.

“If… there’s really nothing, then we’ll go back for now.” The neighbors slowly bade Father Ye farewell, since, apparently, there was nothing to be seen. A few of them even turned around with regret in their eyes as they walked away.

Father Ye smiled appreciatively at the neighbors’ kindness. After the group had left, he stood at the door for another three minutes to make sure there were no other Peeping Toms before he dashed back into the house. He was so fast that it seemed like he had teleported. The Peeping Toms, if there were any, wouldn’t have had the chance to see anything.

In the Ye family’s living room, the little brother was sitting on the edge of the sofa in a daze while Mother Ye rushed forward to ask, “Ol’ Ye, did anyone see anything‽”

“No, I don’t think so…” Father Ye glanced at the grimacing, handsome young man lying on the sofa behind Mother Ye, and he said in a teary voice, “But our Shuang Shuang…”

“What happened to my sister… No, my brother‽” Little Brother Ye felt like fainting as his upper body collapsed gently onto the sofa. His eyes were glued to the unconscious man on the sofa. As if acting on their own volition, his hands flew to the man’s chest. “What in the world is happening‽”

Mother Ye slapped his hands away angrily, and Little Brother Ye yelped in pain. Mother Ye glared at her son and berated him in spite of the pitiable pout on the young man’s face. “How can a man grab at a woman’s chest like that? That won’t do even if that is your biological sister!”

Little Brother Ye almost cried in response. He pointed at the man lying on the sofa and demanded, “Are you sure that’s my sister‽”

I mean, look at that face, that chest, and that thing around the crotch area! Even though my sister has spent most of the 24 years of her life acting like a man, she had all the physical attributes of a woman. A flat-chested woman is still a woman nonetheless. But now‽

No matter how Little Brother Ye looked at it, it was a real f*cking man lying on the sofa.

Her son’s question diverted Mother Ye’s attention back to the man on the sofa. Her face fell, and she felt like crying again. “My Shuang Shuang…”

Even though their family didn’t hold the traditional view of valuing boys more… there was no mother in the world who could accept the daughter that she had raised over 24 years suddenly turning into a son!

“Stop crying!” Father Ye finally stepped up as the pillar of the house. He announced with authority, “We need to find out clearly what has happened first!”

He heard the scream coming out from the study. When he arrived, his daughter had morphed into a son, and beyond that, he knew practically nothing.

With tears in her eyes, Mother Ye shared a look with Little Brother Ye. Then, the two of them started to recreate the situation to the best of their memory.

It was the saddened Mother Ye who first provided her testimony. “I remember seeing Shuang Shuang walk out of her room, swaying with each step. It was probably then that…”

“That is because she was up all night playing online games again,” Little Brother Ye interrupted to tell on his sister like all little brothers do in such an occasion.

“She was not sleeping to play games again‽” Father Ye slammed on the table and glared angrily. “Haven’t I told her that girls shouldn’t spend too much time playing game… Wait, now is not the time to talk about that! What happened next‽”

Little Brother Ye pouted because his attempt to cause his sister trouble had failed. Regardless, he continued, “Then, sis came out to pour herself a cup of water. Her hand accidentally brushed the jade kitten sculpture you brought home yesterday. It fell off the table and smashed into pieces. I saw her even try to hide the evidence, but she fainted after picking up the pieces…”

“That girl is going to ruin me! Did she know that the sculpture cost me three months’ salary… But wait, where is the sculpture‽” Father Ye zeroed in on the key word. He grabbed his son in a hurry and demanded, “Where are the pieces‽”

“They should— should still be on the floor!” Little Brother Ye pointed in a general direction. Father Ye followed his finger and saw a few broken pieces of jade lying on the ground.

Naturally, since something so huge had happened to their daughter, Mother Ye hadn’t even thought of cleaning the house yet, thus the evidence remained.

Father Ye leaped toward it, and when he got close, he realized how different the jade pieces looked. When he had purchased the jade sculpture the previous day, the jade had been as clear as crystal, but now, the pieces were cloudy, like they were covered in a layer of dust. It looked like fake jade that came from the night market.

Father Ye’s expression was drawn as he turned with complicated emotions to look at his daughter… no, it should be his son now.

Father Ye might have known the reason, but what exactly had happened‽ 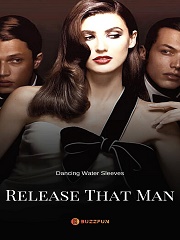