Far away from the s*, a private luxury cruise ship was moving slowly across the sea.

She was in a casual white T-shirt and jeans, standing on the very edge of the deck on the cruise ship. One step backward and she would directly fall into the deep sea.

What was worse, her right shoulder and left thigh were bleeding after being shot. She was trembling and teetering, but still struggled to remain standing there.

How brave and determined she was!

Actually, two shots weren’t severe enough to make Tang Aining tremble and teeter. She lost lots of strength because she had been drugged earlier.

Otherwise, they could not have captured her that easily!

A man and a woman were the heads of a group of people standing against her.

The woman was in a white strapless dress with dark red curly hair, heavy makeup and looked seductive. Her eyes were full of joy.

While the man, who was in a white suit, was around 30 years old and extraordinarily handsome.

The two stood close to each other in ambiguous posture, seeming debauched.

Behind the man and woman were seven or eight bodyguards, all in black suits.

However, the man who was in white suit had an air of coldness. His eagle-liked eyes were fixed on Tang Aining who was standing right before him. The handgun aimed at her. He was ready to shoot.

And the two shots to Tang Aining were from the man too.

“Why?” Tang Aining squeezed her voice out of her teeth. Her bloodshot eyes were full of endless anger, pain, regret and hope. She stared at the man and the woman who looked pretty close.

“Why? Interesting,” the woman, whose name was Tang Yaxin, snorted with laughter like she had heard a ridiculous joke. “Tang Aining, you still can’t see it clearly, can you? To tell you the truth, I am the person Ziyue loves from the beginning to the end. And you were merely a tool to him. That’s the reason why Ziyue was unwilling to sleep with you for the last two years!”

“You,” Tang Aining choked. If sight could kill people, Tang Yaxin and Qi Ziyue, who were standing in front of her, would be chopped into pieces already.

Ten years ago, due to the appearance of Tang Yaxin’s mother, Tang Aining’s mother had mentally broken down because of anger, encountered a car accident, and had been in a vegetative state till now. At the same time, Tang Yaxin together with her mother, the mistress, had entered the house.

As for Tang Aining, she had been dumped by her father to a dark killer organization for training. And she had been doing many * deeds for the Tang family afterwards.

Tang Aining was surely reluctant, but her mother was in her father’s hand. As long as she dared to disobey, her mom would be killed.

Qi Ziyue, although having an ordinary background, he was still outstanding. Tang Aining, who had always been clever but were deceived by that hypocritical man.

Tang Yaxin, on the other hand, couldn’t care less about Tang Aining’s irritation. She continued. “Dad knows once your mother is dead, he’ll lose control of you. Thus he deliberately sent men to chase you, to make you fall in love and be willing to do whatever he wants. Unexpectedly, you ignored so many men, but precisely chose my man because of an accident. And I had to sacrifice my man to act with you for Tang family’s good!”

While Tang Yaxin was saying, she wore an upset face. Even though she was pretending, she was still attractive. Qi Ziyue, who was standing beside her, comforted, “Baby, no worries, I’ll stay by your side from now on, and I’ll never leave you alone at night again.”

“Absolutely. You, no matter your body or heart, belongs to me, and me only.” Tang Yaxin replied in her coquettish voice, painting circles on Qi Ziyue’s chest with her finger. She was flirting with him, which made the man *ually excited and distracted.

If they hadn’t been in the middle of something important, he would have pressed Tang Yaxin under his body and *ed her violently.

If she hadn’t been aimed by a gun, she would never have allowed the two being so shameless before her eyes.

“You,” Tang Yaxin’s expression changed upon hearing Tang Aining’s words, but before she was able to argue back, Qi Ziyue interrupted, “Baby, don’t be annoyed. She’s doomed. It’s not a big deal to let her struggle by words.”

Tang Yaxin calmed down after Qi Ziyue’s explanation, “You’re right. Actually, I don’t want to deal with her at such an early stage, but she already found out her mother’s death! Anyway, I have to say she has a really intimate relations with her mother. She even betrayed the Tang family, and you, for her mother.”

After a short break, Tang Yaxin added, “Tang Aining, since you’ve done a lot for the Tang family, I’ll give you two choices. One, you can jump down alone, and two…” Tang Yaxin wore a meaningful smile, “Two, you can have fun with my fellows, and enjoy the feelings from a girl to be a woman before your death, how’s that?”

Tang Aining clenched her fists, and her face turned displeased.

She stopped struggling at the end, for now she had no choice but to die.

Although she was able to hurt Tang Yaxin before her death, she also knew it clearly that if she had been caught, she would be humiliated and raped by all of those bodyguards, which was unbearable to her.

Tang Aining sneered at Tang Yaxin and Qi Ziyue, saying coldly, “If I will be alive, I’ll definitely pay you back.”

Tang Aining’s words were like a curse. Tang Yaxin and Qi Ziyue felt threatened and chilly immediately as if the curse would come true one day, but before they could react, Tang Aining jumped into the rough sea directly.

Tang Aining’s body kept sinking downwards. She fell into unconsciousness gradually, but suddenly, she saw the jade pendant on her chest shine in red light, then she completely lost consciousness.

City F, a third-tier city in this country.

In a common patient room of the Central Hospital, there were four beds, but only the right one against the wall was occupied.

On the patient bed was a girl, who was 17 or 18 years old. Her head was wrapped in gauze bandages. She was a pretty girl with beautiful features, but wore a solemn face, fixing her eyes at the news being played on the TV. 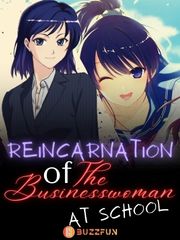 Chapter 1 - Jump into the Sea