Chapter 1 – The Deities have a WeChat Group

There was a white mulberry grove near the university’s second campus. Originally, the college had planted these mulberry trees to bring more greenery to the environment, but after nurturing generations of students, it gradually became the go-to location for students to go on dates.

One was able to smell the scent of love that was floating in the air from a long distance away.

Ye Zichen held two cups of lemon juice that he had just bought from the school’s drink shop. Just like other university students, he was enjoying the spring of youth with a girlfriend.

The reason that he had came here today was because his girlfriend had called him. He had excitedly run down from the dormitory under the contemptuous gazes from his roommates, and bought the cold drink…

The lemon juice in his hands fell to the ground. Ye Zichen stared blankly at the beautifully smiling girl. She was the girlfriend that incited his roommates’ jealousy, but right now, her arms were wrapped around another man.

Ye Zichen was pretty much unable to believe everything that he was seeing, the corner of the girl’s mouth twisted up, showing a hint of contempt.

“Ye Zichen, let’s break up. We’re not suitable for one another.”

The moment she finished talking, a sweet smile rose up that was completely opposite to the contempt she had showed on her face before. She held Guo Qiang’s shoulder tightly as she smiled, “My boyfriend, Guo Qiang.”

Guo Qiang, the captain of the Taekwondo society in school. He had a good family background. They said that his father owned a chemical factory and he always drove a Mercedes X to school.

Guo Qiang looked at Ye Zichen with disdain. Since Ye Zichen was wearing a total of less than a thousand yuan, he did not feel the need to be wary at all.

“Yeah, actually, I was just messing around when I was with him. Qiang-ge is my true love.”

Guo Qiang clearly enjoyed what was happening in front of him a lot. He casually took out several thousand yuan and threw them at Ye Zichen.

“Take these and buy yourself some decent clothes, if you want to pick up a girl, you gotta have the cash to do so.”

With that, Guo Qiang wrapped his arm around Yao Yue’s waist before walking out of the patch of trees towards the hotel outside the school with a savage sneer.

Ever since Ye Zichen had seen Yao Yue with Guo Qiang, he’d laid on the bed with his blanket over his head.

Everyone in the dorm knew about his situation, but even though they wanted to comfort him, they were unsure of how to begin.

Kang Peng tugged on Ye Zichen’s blanket, but Ye Zichen, who was on the bed, did not have any reaction at all.

“Never mind, Ol’ Five is in a bad mood. Let’s go out, we’ll bring something back for him later.”

The people at the dorm all left from the room with a sigh, causing the entire room to become empty once more.

Ye Zichen’s phone suddenly rang. He was still on the bed and he immediately flipped over the blanket and picked up the phone.

He had thought that Yao Yue had just messaged him, but when he opened WeChat, he noticed that someone had pulled him into a group.

Ye Zichen silently swore. However, just as he was about to leave the group, he got attracted in the name of the people in the group.

What the heck is this group.

That was the thought that popped up in Ye Zichen’s mind.

However, why isn’t anyone chatting in the group.

A red packet appeared in the group. The person that sent it was Taibai Jinxing.

He was too slow, all the red envelopes had been taken!

Fuck, isn’t this group a dead one?

Ye Zichen casually clicked around to see everyone’s luck, but when he saw it, he was unable to retain his calm anymore.

Sixty-six red envelopes had actually disappeared in an instant.

However, the things in them caused Ye Zichen to blank out a little, …cultivation experience…

What is this used for?

He saw that the luckiest of those who got an envelope was the God of Thunder, he actually got 1000 cultivation experience!

Could it be money? If that was a thousand yuan, then that was a huge red packet! Had he actually stumbled into a rich people’s group?

Ye Zichen felt a random bit of anticipation for being in the group.

Just at that moment, the people in the group exploded!

Lord of the Northern Dipper: Oh wow, God of Thunder, you lurk all the time and I don’t see you sending any red envelopes, why do you snatch it before every one of us every single time?

Erlang Shen: Damn, you guys took all the red envelopes just during the time laozi went to take my dog for a walk. Old Geezer Taibai is truly generous, but laozi doesn’t care about that. Who can send some money, laozi’s dog has been starving for several days.

Kitchen God: Then you have to find the God of Fortune, he’s a rich person.

Lord of the Northern Dipper: Waiting for the rich person to share the wealth!

Erlang Shen: God of Fortune, don’t pretend to be dead, I know you’re reading the chat.

God of Fortune: Even a rich person would starve to death after getting screwed like this by you guys.

Erlang Shen: Then are you going to send it or not!? If you don’t, then my dog is going to stay in your home!

His phone vibrated, causing Ye Zichen’s shoulders to vibrate along with it for some reason as well.

What the heck is this now.

Just as Ye Zichen was getting curious about what the heck an ingot was, the WeChat group exploded again.

Everyone all praised the God of Fortune for being generous, except Erlang Shen, who was acting the villain.

Erlang Shen: F*ck, God of Fortune, are you able to take anymore away?

God of Fortune: Erlang Shen, you were unlucky, how can you blame anyone?

Monkey King: Haha, my son, do you need your Grandpa Sun to transfer some to you?

Under the influence of his curiosity, Ye Zichen clicked open to see everyone’s luck, then noticed that Erlang Shen had only gotten 1 ingot.

With Erlang Shen’s lead, everyone in the group, who happened to be carrying the title of various deities, all started flaming each other. Ye Zichen ignored them. He was merely curious about what exactly this ingot was.

Ye Zichen clicked open his wallet, and found that he had an additional function of a Treasure Chest.

After clicking on the Treasure Chest, he saw the shining ingots inside.

Ye Zichen sat there in a daze, if this is real, then didn’t that mean that he’d gotten a hundred thousand just now!

Ye Zichen pressed ‘extract’ with a trembling hand. A withdrawal notification appeared on his phone’s WeChat not long afterwards.

It was actually real!

Before Ye Zichen could react, another withdrawal notification appeared.

Ye Zichen immediately dialed his bank’s number without thinking, and checked his balance according to the instructions of the notifications.

His phone slipped from his hands onto the bed.

Ye Zichen trembled. All of a sudden, the scene of Guo Qiang throwing several thousand yuan onto him appeared in front of his eyes.

In the next moment, he quickly shoved on his shoes, then ran furiously out of the dormitory with his bank card.

He, Ye Zichen, was going to pay him back for the shame he had received several times over!

[1] Taibai Jinxing (太白金星) is the servant of the Jade Emperor, often acting as a messenger for the Jade Emperor’s orders. One thing he is most well known for is being the first deity to meet Sun Wukong, the Monkey King. :leftwards_arrow_with_hook:

[2] Lord of the Northen Dipper (北斗星君) is the God (or sometimes Gods) of the seven stars of the Big Dipper. He would be related to the fate of people as the chosen ones of each star would take up a certain role within the dynasty. :leftwards_arrow_with_hook:

[3] Old Lord Taishang (太上老君) is a famous pill refiner deity. He is the one who had refined Sun Wukong, the Monkey King, in his furnace for 49 days in Journey to the West. :leftwards_arrow_with_hook: 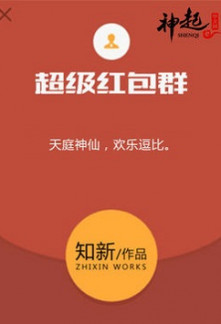 Chapter 1 – The Deities have a WeChat Group