Chen and his roommates reserved the Emperor Box in the restaurant. It was something like a private, high and uppity room, with full sliding doors, and where a table would be prepared inside, leaving the diners in full privacy. Chen truly intended to treat his friends to the best of his efforts. He ordered the best and the most expensive food on the menu. This meal would probably cost over fifty thousand Yuan. All four of them were enjoying the food to the fullest. Usually, Chen would simply tag along, eating whatever they ate, without preferences of his own. This was the first time he was treating all three of them to a good meal. Even, the slightly wealthier Zhang could not have afforded this meal. Naturally, Chen became the center of attention on the table. He was feeling truly smug.

Just when everyone finished their meal and were getting ready to leave the restaurant, the doors of the Emperor Box were slid open. A man walked towards Chen, his face filled with dread and anxiety.

"Little brother, my father just fell into coma. He's not responding to anything. I would like you to come with me." the guy said, anxiously.

"What the hell is happening?" Zhou and Li were confused.

"Wen… Wen Tianyuan!" Zhang opened up his eyes wide in shock as he studied the face of the man that stood in front of him.

This man was one of the middle-aged folk who had closely followed behind Elder Wen. If Zhang reacted in such a manner, this man had to be somebody.

However, Chen only rejected him crossly. "I'm not going! I tried to warn you guys just now but none of you believed me. Why bother coming to me now?"

Zhang's eyeballs almost fell out when he saw what just happened in front of him. Throughout the entirety of Green Vine City, there were no more than five people alive, who would dare to reject Wen Tianyuan's request. Chen was acting like an arrogant son of a b*tch.

However, Wen only apologized profusely. "It was truly our fault! Initially, I felt too ashamed to ask this favor of you. We treated you badly. But it's late at night, and it will take a while before the ambulance gets here. If you don't help me, I fear that my father is going to… Please, I'm begging you right now, as Wen Tianyuan. "

Beg. This word did not exist in Wen Tianyuan's dictionary. Right now, at this moment, he had bowed down his head and was begging Chen. Wen Tianyuan's overwhelming concern had forced him into such a posture. You don't see a powerful man bowing down like that everyday. Chen's heart was not made of steel. "Fine! It is only right that I save a person's life if it's within my capabilities. I'll come with you."

"Thank you, little brother,! Thank you so much…." Wen Tianyuan could not stop saying thank you. After that, he led Chen out of the Emperor Box.

"Second brother, why are you stunned?" Li smacked the head of the petrified Zhang and asked.

"Wen… Wen Tianyuan just asked for a favor from our third brother. The CEO of Wen Organization came and begged our third brother!!!" Zhang was still in shock. His facial features were completely twisted.

"Wen organization? You mean the second biggest family in Green Vine City; the Wen Family?" Zhou was in shocked as well.

"...." Li was speechless. He started to have doubts about his life.

Inside the Heaven's Box, everyone from Wen Family was gathered around the sofa. Elder Wen was lying down on the sofa. There was no movement from him at all. His face was pale, and his lips were purple. He was in critical condition. There was a saying, having a wise old man at home would be like owning a world-cl*, precious jewel. Elder Wen had contributed a lot to his family. If something bad happened to him, Wen Family would definitely collapse. Everyone was really worried about him. The atmosphere inside the box was tense and gloomy.

Wen Tianyuan rushed into the box with big steps. It was as if everyone saw hope in Chen. The atmosphere lightened notably. "All of you, please stand back, the old man needs some fresh air." Chen waved his hands about.

The middle-aged men and women were very cooperative. They quickly backed away. However, Wenfeng curled his lips in disdain and said, "What the f*ck is he trying to prove? He's just a f*cking conman. How dare he give us orders?"

"You better get hell out from my sight! If anything happens to Elder Wen, I will hold you responsible." Chen stared at him and said seriously. Wen had kept picking on Chen in front of Fragrant Lake Restaurant and he had truly gotten on his nerves. Chen couldn't take it anymore. So, he repeated Wenfeng's own words back to his face.

Wenfeng was furious and said, "F*cker! How dare you say that to me? I'm going make your life f*cking miserable!"

"Wenfeng! Get out!" Wen Tianyuan scolded him.

Wenfeng was terrified, but he was unwilling to lose face. "Uncle! I'm the one who is going to be the future inheritor of Wen Family! How dare you embarr* me just because of this motherf*cker?"

"Mr Wen, I'm here to help, not to be scolded. I won't take much of this. I'm going to leave this place and wish you luck." Chen said it in an icy cold voice.

"You son of the b*tch! Looks like you are getting more and more *y! If I don't kill you today. I'm going to change my family name…" Wenfeng stared at Chen fiercely and shouted.

Before he could finish his sentence, Tianyuan's huge palm landed on his face. It echoed throughout the room. Wenfeng fell on the ground, a red palm print starting to appear on his fair and tender face.

"Uncle… You slapped me because of this *hole? Y'all just wait until my dad comes back! I'm going to make sure all of you suffer!"

Wenfeng covered his cheek and rushed to his feet. His eyes were burning with rage. He quickly ran to door and made his exit.

"Bastard!" Wen Tianyuan shot at his nephew's retreating back and turned to Chen, "Mr Chen, can you please save my father now? It can't be delayed any longer."

"Sure. Can you please back away as well?" Chen said calmly. Wen Tianyuan dared not say another word. He quickly backed away. With his back facing everyone else, he took out his cellphone and accessed his treasure chest. There was one Monkey Fur, a Charm of Marriage, and the three bottles of the Potion of Hundred Herbs that he had just received earlier."

[Potion of Hundred Herbs. Produced by Shennong. The effect of this medicine is normal. Do you wish to withdraw it?]

Yes! Chen clicked on the screen, and a small, white ancient bottle appeared in his hand. It was made of china (the porcelain). Shennong was one of the Three Kings. He was a deity! If this medicine was 'normal' for deities, it should be extremely effective on humans!

Chen figured that there was no need to even check the man's condition. He opened the bottle and poured the green fluid into his mouth. His faith in the power of the medicine wasn't misplaced. Once the green fluid entered his mouth, the old man's face immediately changed. The healthy flush of pink started to flow into his pale face and purple lips. At the same time, Chen saw the black aura that was circling on top of him starting to fade away. There was a saying; if you escape death, good things are going to happen to you. This old man would probably live for another ten good years now.

Elder Wen finally woke up, coughing lightly. Everyone started to cheer happily. They were also viewing Chen in a different light. They were impressed and intrigued at the same time.

"Young man…Thank you so much, for saving this old man's life. I will definitely repay you with all my heart!" Wen said it in, his voice rich and deep.

It was a drastic change, from a deep coma to total awareness. He knew clearly, that he had just escaped from the gates of hell and it was all because Chen was willing to save him.

Shennong- Can be variously translated as "God Farmer" or "God Peasant", "Agriculture God". 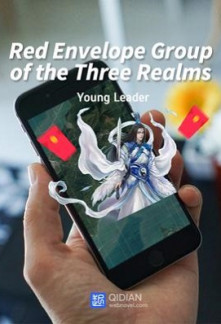