Chapter 1: A Cheap Person Does Have the Heart of a Wolf and Lung of a Dog

Title Meaning: Someone who is cheap is indeed very cruel and unscrupulous.

“Hehe. I have never seen someone as stupid as my sister. Who will be happy to have a sister like you? Pei!”

Bai Weiwei looked at her sister in disbelief. This girl used to be very timid and would follow her in silence. That girl right now was looking at her with contempt.

It was as if she was looking at something disgusting.

“You…treated me good before is it just because you wanted the letter of heritance transfer?” Bai Weiwei’s expression was cold but her voice could not help but cracked. She knelt on the sofa with her body curled into a ball and every time she breathed, there was a sharp pain in her heart.

“Or what, do you really thought I would like to have you be my sister? Everyone said I am an illegitimate daughter and father would always spoiled you. Why do you have everything you wanted and I get your charity? Am I, Bai Yaoyao is worse than you? Whether it is work or contributing to the company, I am better than you, yet they chose you as the heiress and not me!”

Bai Weiwei remembered the first time they met. Bai Yaoyao was an illegitimate daughter that her father brought home. At that time, Bai Weiwei who had always been lonely felt happy to finally have a sister.

Every time she had something delicious and fun, she would share it together with her.

When a servant scorned at her, Bai Weiwei would not hesitate to fire the servant.

Since her health was a problem, she agreed to sign the letter of heritance transfer and gave up her right to inherit the company to Bai Yaoyao.

All of it because she thought Bai Yaoyao was her sister and a well-natured girl but never did she expect that after she signed the document, Bai Yaoyao would reveal her true face today.

“Give me the medicine…” Bai Weiwei moved her lips slightly and spoke with difficulty.

She knew Bai Yaoyao would not give the medicine for her heart disease but she did not give up.

They had been sisters for more than ten years. She held onto a glimmer of hope that her sister would still have a feeling for her.

Bai Yaoyao took out the bottle of the medicine with a sneer and threw it into the trashcan beside her right in front of Bai Weiwei.

“Today, you will die. You had a heart attack and you died. It will not have anything to do with me. Also, do you know why your wedding is postponed?”

When Bai Weiwei watched her throwing the medicine the hopeful light in her eyes distinguished.

She looked up, her eyes were cold and indifferent. “It because Ye Yuxuan misunderstood the photos I was having an affair with my bodyguard but the photos were taken from various angles and there was no any other proof. Don’t tell me, that was you.”

Her heart was already hurt but now it felt like it was about to explode. When the reason came into the light, her face turned to green. The killing intent coming from her was becoming stronger.

“Yes, I planned it with Brother An. Why must Big Brother Ye take fancy of you? It should be me who married him, not a medicinal jar like you.”

Brother An…even her bodyguard was together with her.

Bai Weiwei felt her heart was completely crushed. She was betrayed by two people she trusted the most in just one day. She flashed a cold smile to a realization. She was really stupid, to think as long as she wanted, others would desire the same.

However this world was a cheap person, it will throw her into the lava like a person with a heart of wolf and the lung of a dog and will not cover the heat(from the lava). 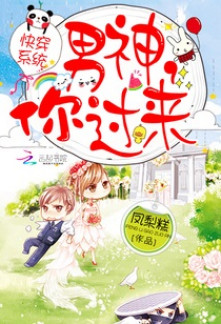