Ning Shu stood next to the hospital bed. A doctor wearing a white coat walked through her to save the girl on the bed.

Ning Shu looked at the girl on the bed. Her face was pale white and she no longer had any hair on her head. She didn’t even have eyebrows anymore. She simply lay quietly on the bed.

Ning Shu never expected to be worried over eyebrows at this point in time. It seemed that death wasn’t that scary or painful after all. Right now Ning Shu didn’t feel any pain.

That’s correct. Ning Shu was dead. She was standing at the side looking at her own body. She tried to re-enter her body. Even though it was a body that had been tormented by illness to the point that it was a mess, she still wanted to live.

At this time, the door to the room opened. A married couple rushed in. Running over, they hugged Ning Shu’s body and cried. Following behind them were two men. These were Ning Shu’s older brothers.

Ning Shu reached out, wanting to hug her mom, but in the end her hand p*ed through her body.

Ning Shu watched them like a spectator. She has been freed. She has lived in the hospital ever since she was fifteen. Every week she had to go through chemotherapy two times. That bone-penetrating pain has already accompanied her for over ten years.

From the very start, her family was already in despair and showered her with heartache-accompanied love. However, as time p*ed, they visited the hospital less and less. It was to the point that they became numb to the fact that she was ill.

Ning Shu didn’t blame them. On the contrary, she felt fortunate that she was born in such a prosperous family and was able to receive treatment. She was satisfied with having lived ten years, even if it was on a hospital bed. It was just that life contained too many regrets.

A smile blossomed on Ning Shu’s face. She was very grateful to her family.

Ning Shu’s soul grew lighter and lighter, until it finally started floating on its own to some unknown place.

Suddenly, Ning Shu heard a sound. A cool and emotionless voice came from within her soul.

“The soul meets the requirement, locking on to system space.”

Immediately following that, Ning Shu felt something cold flow into her soul. Even though she was in this state, she could feel an ice-cold energy explode in her soul.

Under the attack of this power, Ning Shu lost consciousness.

Before she fell unconscious, her last thought was, hopefully this doesn’t mean that she can’t reincarnate.

After an unknown period of time, Ning Shu finally woke up again. She felt very tired and her soul felt heavy. Fatigue of the soul caused people to have a drained and also very panicked feeling.

Ning Shu rubbed her head. It was purely a reflex, but unexpectedly when she touched her head, it felt like she was rubbing cotton.

Ning Shu felt both pleasantly surprised and terrified, completely confused as to what was going on. Her soul actually changed into this texture. She didn’t know if it was a good thing or a bad thing. However, at the very least it wouldn’t be easy for her soul to dissipate like this.

After calming down, Ning Shu started looking around. It was completely white without a single item in sight. There was no sound, no trace of life. It was deathly still, without a thing. It was too quiet, eerily quiet. 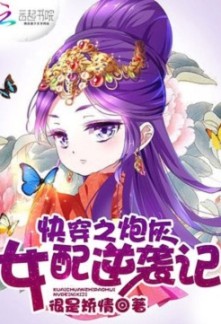 Chapter 1: It was Finally Over