I leaned back in the uncomfortable metal and wood chair, an espresso cooling on the table in front of me, the weight of my Glock pressing up against my spine, and watched as Steven leaned toward the old woman sitting across from him.


That was my Capo, Steven Bianco. His face was serious, but beneath that calm exterior, I knew there was a killer lurking like a hungry tiger.


I’d seen it myself on more than one occasion. I learned everything I know from him, learned how to make my heart like ice, how to close down my mind as I took a man’s life, how to move fast and quiet and hit hard before anyone could even start to think about how to defend themselves.


After two years of intermittent war, first with the Irish and then with the Jalisco Cartel, I’d learned the importance of keeping calm under pressure.


“Your cat, Bootsy, is the most important thing in the world to me,” Steven said, and I swear she believed him.


“Thank you.” Mrs. Davidson pushed back from the table, her hands shaking, her poof of white hair blowing in the air-conditioned draft. “I knew I could count on you.”


Steven got up and helped Mrs. Davidson to the door. He shot me a look on the way and I grinned back, loving every second of his annoyed discomfort.


I sipped the espresso in front of me and pushed away the laughter that threatened to spill out. Steven taught me that no matter what, no matter how small a task or unimportant a job might seem, I had to take it seriously. I had to step up and do whatever it took to see it through until the end.


So even though Mrs. Davidson just asked one of the Leone Crime Family’s most important Capos to find her lost cat, I had to keep a straight *ing face.


“She’s nice as hell, but I swear, I’m going to strangle the cat if I find it,” Steven said, sitting down across from me.


I held up my hands, palms out, and smirked at him. “Come on, brother. You’re really going to kill that nice old lady’s cat just because she’s annoying?”


His eyes stared into mine. “Cats better not * with me.”


I laughed and waved him off, looking around the room to see if anyone heard that exchange. Fortunately for him, nobody did. The bakery was mostly empty, just Sergio’s bored nephew behind the counter swiping at TikTok on his phone and a hipster guy with a shaggy beard and a ratty ponytail jabbing at his MacBook in the far corner table opposite our own.


The bakery was one of those new industrial-chic type places with a mix of wood and metal. I never really got that whole vibe, but Starbucks made it popular, so every other coffee place followed suit, I guess. I never took Sergio to be the kind of guy to follow trends, but the bakery’s been pretty profitable, so it must work.


The fresh smell of bread wafted out from the back as Sergio came out wearing a white shirt and a white apron. His dark salt-and-pepper hair was pushed back, and his dark eyes were rimmed with red and baggy underneath, probably because he got up at ungodly hours to bake every day.


He refilled the bread baskets that sat against the wall behind the gl* display case. Even if I didn’t agree with the decor in this place, Sergio knew his bread and pastries, and the place smelled like heaven.


“Check this out,” Steven said, his eyes on the front windows.


I turned to follow his gaze and saw a black SUV parked out front. The driver got out, a bald guy with dark sungl*es, and opened the back door.


“Is that Roberto?” I asked, nodding at the bald guy.


I leaned forward, unable to hide my surprise, as Don Leone stepped out from the back of the car. Roberto helped him down, let the Don get his cane out and on firm ground, then helped the old man to the door.


Steven stood and walked over as Don Leone entered the bakery. I stood up at attention, not sure what the hell was going on.


Don Leone did not come to the bakery, not on some random Tuesday in the middle of the afternoon.


“Steven,” Don Leone said. “How wonderful to see you.” 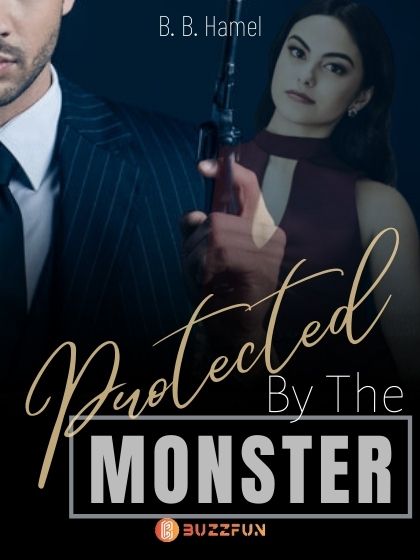