In a dark room, Lu Ze laid on the bed in bewilderment. His gaze lay straight ahead on something that was seemingly a monitor flashing with weak, red light.

Lu Ze spent half an hour organizing the fragmented memories in his head. After this was done, he finally knew of his current predicament.

Two thousand years in the future.

Humans had warp drives and their footprints were spread across the Milky Way Galaxy. There were even ventures outside the Milky Way Galaxy that took place. At the same time, they found countless universal races. They established diplomatic alliances with amicable races and had interstellar wars with violent races.

It was no different from the times when Lu Ze was on Earth. It was still diplomacy but with more focus on violence.

After all, the opponents were no longer human.

If you fell behind, you would get beaten. If humans hadn’t sought protection from the elves who had a friendly relationship with the human race, humans would’ve been annihilated in war.

After periods of serious reflection, humans finally understood the potentials that living beings had. Spirit chi spread across the universe. It was invisible and unable to be felt. However, it could be sensed with someone’s body and spirit. During the Earth’s age, it was called dark energy.

Devouring spirit chi, empowering oneself and the evolution of life had become the most crucial project to the Human Federation and was written in the curriculum.

He had died due to his desperation. He was about to have his final high school exams. His martial artist level had reached that which was needed for the exams. In order to get into the best federation university in his past life, he cultivated nonstop day and night. This had caused his chi path to go the wrong way, which resulted in his death.

He was no useless man nor did he have a girlfriend break up with him. He was a martial arts maniac in his past life. With his handsome looks and decent family as well as medium-level martial arts talent, quite a lot of girls liked him.

However, his only wife was martial arts.

He didn’t offend any ty*s and get ambushed; he wasn’t dumb. Plus, in that day and age, security in cities was much better than the ancient times of Earth. Why would some ty* waste their own time to get rid of a small kid?

He didn’t have any deep family feud and nor a desire for revenge.

All in all, he was just an ordinary member of society, a very ordinary person. He had nice parents, a good family, and a cute little sister…

Ha… I’m gone, I must take good care of my parents and my little sister.

Cough. Not everyone could become a powerful martial artist. Although he had high aspirations in his past life, he didn’t have the matching talent for that.

Reality always slapped you hard in the face.

If you worked hard, was there a need for talent?

Lu Ze wasn’t unhappy with his identity. He was handsome, had a beautiful family and a cute little sister. This type of life wasn’t bad, was it?

That life had already p*ed. Living another life was good enough.

As for whether he could become a powerful martial artist… If he became one, then he was lucky, if he did not, it was fate. Lu Ze wouldn’t obsess over it.

After all, planet Lan Jiang, the planet he was on, was in the inner region of the federation. It was very safe. Even if he couldn’t become a powerful martial artist who could cross the cosmos, he would be in no danger.

This was very good. Lu Ze was very happy with the arrangements of the Transmigration God.

If he died again, he would see if he could give it a five-star rating.

After organizing all the information, fatigue struck him as Lu Ze couldn’t help yawning.

This sudden transmigration stunned him quite a bit. After digesting the memories, his mind was tired. He could think about the other details tomorrow.

Just like that, Lu Ze closed his eyes as his consciousness drifted off. Everything fell into darkness soon.

When Lu Ze opened his eyes again, the sky was blue and clear. The sunlight shone warmly on his face, making him narrow his eyes in comfort.

A light breeze brushed past. He smelt the aroma of gr* mixed with earth; it shook up his spirit.

Then, his smile froze.

Wait, something doesn’t seem to be right.

He was laying on the ground and looking at the sky!

Wasn’t I sleeping in my bed!?

Lu Ze quickly got up and looked around dazedly.

He was laying in a gr*y field. The fresh gr* still had morning dew on it. As the wind blew, the gr*y plain flowed like waves.

The view was good but why was he here?

Lu Ze was dazed. Did he transmigrate again?

The god of transmigration must be working hard. Seeing how he’s so hard-working, I’ll give him a zero-rating.

The dream of having a house and a little sister changed into survival in the wilderness.

The question now is… should he eat gr* for breakfast?

Lu Ze looked at the fresh gr* and thought speechlessly.

Although he wasn’t hungry at the moment, it was good to think ahead. He needed to at least figure out what he would eat.

Lu Ze’s eyes suddenly lit up and he smiled confidently.

He must be dreaming!

With his confident smile, he pinched his leg hardly.

He had used too much force!

There was no one here, why even act cool?

The most embarr*ing part was that he failed. Luckily, it was just the air watching.

Did he transmigrate again? Guess a zero-rating it is.

At this moment, Lu Ze suddenly heard a rustling sound come from behind his back. The sound grew louder and louder. Lu Ze had goosebumps on his back as he turned around quickly.

“Fuck!” Lu Ze made a rude remark and grabbed a bunch of gr*.

What had he found?

Though… the white rabbit was a bit strange. Its size wasn’t rabbit-like anymore.

It was a meter tall rabbit!

Looking at the super-sized white rabbit, Lu Ze couldn’t resist thinking. It should be edible if I removed its head, right?

No no no, how could he think like that!

The rabbit head is very tasty! He mustn’t throw it away! 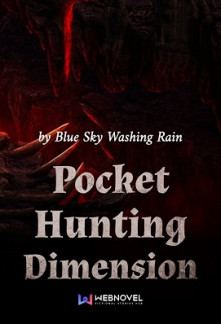