In the year 2035 came the shocking news of a great explosion occurring in the airspace above one of the biggest cities in Xin Country – Roiling Ocean City. Not only did the landmarks and geographical areas in its surroundings abruptly undergo a huge transformation, but an otherworldly dimensional-gap also appeared in the skies. This caused a part of the current world to partially merge with the Other World.

Afterward, the city underwent a series of transformations which led other people in the world to name it Demonic City, one which had caught the attention of countries worldwide.

From the time of the great explosion until now, it had already been sixteen years. And at this very moment, Fang Xingjian, sixteen years of age, was standing atop a bluestone bridge, practicing his Basic Sword Technique.

He had learned this set of Basic Sword Technique from a common martial school. Although it was simple, it contained the full set of basic sword moves which were essential knowledge for every practitioner in Demonic City.

An hour later, under the glare of the winter sun, drops of perspiration were shining on Fang Xingjian’s body. The vigorous set of movements had made his muscles heat up repeatedly, tempering them.

After finishing his set, Fang Xingjian gradually pulled his sword back, meanwhile focusing his attention on the Stats Window in his brain.

Those who had experienced the transformation were akin to people in an MMORPG world; they could level up and even add points to their stats. Within the circumference of the world in Demonic City, everything had undergone a core transformation, while the original laws and physics of the world no longer applied here. Ever since Demonic City and the Other World had merged together, all material objects within the boundaries of the city manifested as if they had entered the Other World. When material objects entered Demonic City, they would undergo a change where their information would be presented as data and statistics. Naturally, this also applied to humans.

For example, earlier, when Fang Xingjian had been practicing the basic sword skills, he had gained experience in both the Basic Sword Technique and the Single-handed Sword Grab. As long as he kept practicing, and as long as he met the requirements, his level of proficiency in these two techniques would naturally rise.

Those with good talent would gain a lot of experience points after each practice session, and would also require little experience in order to advance to the next level. Not only that, if one’s talent was great enough, the level of one’s techniques could break into level 10, 12, 13, and even level 15!

However, Fang Xingjian knew what his own talent amounted to. Based on the large amount of experience points he needed in order to advance to the next level, he knew that his talent was only average. At most, he would only be able to train the three techniques he was practicing up to level 10.

Cautiously, he put the long training sword away. Each and every one of his training weapons had been bought with the savings he had managed to put together cent by cent. Thus, he cared for them a great deal.

Next, Fang Xingjian took up the hundred-jin-heavy steel greatsword lying by his side. The greatsword was a blunt, monolithic practice tool, which sacrificed all other factors in favor of weight.

With Fang Xingjian’s physical strength, both his hands trembled as he lifted the greatsword. His agility also slowed extremely when he tried to execute sword techniques with the weapon, facing extreme difficulty in using it.

After practicing only half a set of the Basic Sword Technique, he could not bear it anymore. The sword fell to the ground with a clatter, spidery cracks appearing on the ground from the impact. Fang Xingjian drew in huge breath after huge breath, both his arms aching with pain and soreness, unable to lift the greatsword again.

“This won’t do, I’m still so far away from the realm of ‘lifting a heavy object as though it were light’.”

The state where one had the ability to wield a hundred-jin-heavy sword whilst dancing about as though wielding a common sword was called ‘lifting a heavy object as though it were light’. Legend said that this was a standard originating from the Other World. It would only be achievable when one’s strength, agility, endurance, and flexibility stats each reached 10 points or more.

Strength, agility, reaction, endurance, and flexibility were known as the ‘five major attributes’.

The strength attribute represented the ability to fight against resistance, in motion.

The agility attribute represented the muscles’ actions: the contractions of one’s muscles, as well as their explosive strength.

The endurance attribute represented the muscles’ and the heart blood-vessels’ endurance. The higher the stats, the more times one could execute one’s techniques.

Reaching the state of ‘lifting something heavy as though it were light’ also meant that strength, agility, endurance, and flexibility had at least 10 stat points each, allowing one to move as fast as a galloping horse, and to have strength akin to a water buffalo. Each punch or kick would be enough to kill an ordinary person.

Fang Xingjian was currently wielding the greatsword not because he wanted to test the depths of his strength, but to temper and train his various attributes.

After putting the greatsword away, Fang Xingjian ended his morning practice and started washing his body before changing into a blue shirt and black suit.

The shirt’s color had already faded from repeated washing, and the western suit had shrunk so much that it no longer fit him. Despite this, he was still wearing them. It was obvious how bad Fang Xingjian’s financial situation was.

Fang Xingjian walked out of the small courtyard, his eyes falling on layers and layers of fascinating and enchanting Chinese-styled courtyards.

On his way, he saw many muscular guys clad in western suits, patrolling. There were also several ladies clad in white who were watering the flowers, sweeping the floors, and doing miscellaneous c*s. As they saw Fang Xingjian approaching, all of them bowed and called out, “Young Master Fang.”

They appeared to be part of a great clan of ancient tradition, emanating the attitude of a wealthy family.

In fact, as one of the Five Great Clans in the current Demonic City, the Fang Clan was comparable to a feudal clan from ancient times.

The Fang Clan, history told, was a great feudal clan which had been in existence for more than two hundred years. In the previous era, during their most glorious times, they had owned over ten thousand mu[1] of fields, over a hundred businesses, and countless slaves, servants, and beautiful concubines.

However, about one hundred years ago, their previous accumulated wealth had all been exhausted. With the dawn of the new era, they experienced a huge transformation. The Fang Clan was terrified that Xin Country would want to deal with the great clans of the old era, and thus they turned to hiding overseas, re-establishing their roots there.

It was not until twenty years ago when the country’s actions had become open and forthright and the international situation had turned volatile that the Fang Clan had moved their business back within Xin Country.

Four years after their return to the country, about sixteen years ago, the descent of the Other World had occurred. Outside Demonic City, everything had stayed the same, but those within it had become inhabitants of the transformed world. Countless people made use of this chance to rise, venturing into the Other World. After they came back, because of their huge increase in power, they accomplished many heaven-shocking and earth-shattering deeds.

Out of the people who came back, the five strongest ones’ families became known as the Five Great Clans, and Fang Clan was one of the five.

It was a pity that the Fang Clan’s lord had died in a battle in the Other World, seven years ago. Gradually, the Fang Clan had begun to decline, and eventually, it had become the weakest member of the Five Great Clans.

Fang Xingjian walked through the long corridor and stepped into the dining hall. On the seat of honor there was a middle-aged woman, her beauty and grace evident despite her years. The woman’s rich black hair was meticulously tied up, and she was wearing red-colored western attire with an upright collar, along with brightly shining high heels. Overall, she appeared to be very strict.

The corners of her eyes slightly curled upwards, and her sword-shaped eyebrows also angled upwards as she stayed silent, fierceness radiating from her features. With a single look, one could tell that this person was difficult to communicate with.

Only through extremely thorough scrutiny would one be able to notice the deep traces of fatigue marked by the furrows on her forehead.

The Old Granny had been focusing her attention on a document in her hand, and only when Fang Xingjian had entered the dining hall did she raise her head to look at her grandson[2], indifferently uttering, “Sit.”

Fang Xingjian cautiously sat upright towards the front of his chair, his back straight, his buttocks only taking up one-third of the seat.

Beside him was a couple over the age of thirty. They were none other than his mother’s brother and sister-in-law, Fang Xingjian’s second uncle and second aunt.

Fang Xingjian smiled as he nodded to his second uncle. His second uncle looked as though he wanted to say something, but was stopped by his wife, and could only cast a helpless glance at Fang Xingjian. In recent years the clan of his second uncle’s wife had been rising in prestige and had gained a great increase in strength. This had allowed her words to hold more weight at home. In the past, his second uncle had always managed his wife strictly, but now, it was the opposite, as he followed obediently and acted in accordance to everything his wife said.

With the exception of the Old Granny, the three of them sat upright, and none of them dared to speak. Based on the current tyrannical strength of the Old Granny, in addition to her presence as someone in charge of a great feudal clan, no one dared to go against her words. Basically, in this place, her words were the law.

After fifteen minutes, the Old Granny frowned, making the three of them nervous as they watched her put the document away. Before glancing up, she instructed a female servant, “Xing, go and see why Third Master is taking so long. Get him here in five minutes.”

[2] The Fang Clan is Fang Xingjian’s mother side of the family. For unknown reasons, Fang Xingjiang has taken on his mother’s surname instead of his father’s. Generally, daughters and their children are valued less, since a daughter is generally ‘married out’ of her own family into her husband’s. 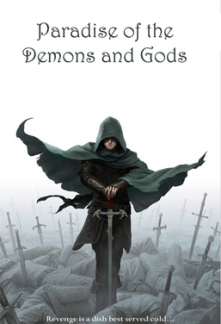