Chapter 1 : The prince of despair

When the world opened, the earth was dark and cold.

A few years later, nine brilliant suns were born and hung high in the sky. The brilliant light of the earth gave birth to the nine suns’ spiritual energy.

The spirit energy nourished the heavens and the earth for millions of years, nurturing all living things and forming the mysterious Land of the Nine Suns.

It was unknown when it was that humans had appeared in the Land of the Nine Suns. They comprehended the Heavenly Dao, spied upon the heavens and created profound arts. They absorbed the nine suns’ spiritual energy to temper their body and refine the mind, cultivated the heaven-defying power, and became the master of all spirits in the nine suns …

At night, the imperial palace was brightly lit. Smoke and flowers bloomed in the air as they glittered in colors, enveloping the thousands of pavilions and palaces. This was a celebration of the newly crowned crown prince.

On the south side of the palace, in a secluded old building.

On top of a small building, a youth slightly frowned as he looked at the beautiful fireworks in the night sky. His firm eyes flickered, as if he was reminiscing about past events …

The young man’s name was Qin Yun. He was fifteen years old this year and his father was the emperor of the Heavenly Qin Empire. His mother was a queen but she had been dead for many years.

He was the Crown Prince, but he was disgraced and abolished five years ago!

Five years ago, the crown prince had been determined to be someone who cultivated a demonic art, a demonic martial artist, and one of the forbidden-level demonic arts!

When this matter was spread, it caused a huge uproar, and everyone in the country was shocked!

For the sake of protecting herself, the Grand Preceptor had fled the palace, her whereabouts unknown.

Afterwards, the old officials had jointly asked the emperor to abolish the crown prince because the crown prince had been tutored by the Grand Preceptor since he was young and might cultivate demonic arts in secret. In addition, they had also asked the Emperor to appoint a new Queen and bestow the title of Crown Prince, in order to restore the might of the country.

The Emperor might have been forced by the pressure of the other officials, so he could only do as he was told. As a result, Qin Yun’s position as the crown prince was annulled.

However, the old officials were still unwilling to give up. They were afraid that Qin Yun would accumulate grievances and cultivate devil arts secretly to usurp power and seek revenge on them in the future.

Therefore, they “beheaded first before capturing” the ten-year-old Qin Yun and forcefully extracted four of the five spirit veins in his body.

Qin Yun was born with a Five Spiritual Pulse and it was extremely rare for him to have such talent in the Martial Dao. After being deprived of four Spiritual Pulses, there was only one left.

The genius crown prince had become an ordinary prince overnight!

To practice martial arts, the spirit vein was extremely important!

Qin Yun originally had the Five Sun Spiritual Pulse and was extremely talented. He could sense the spirit energy of the five suns. After being brutally deprived of four spirit veins, there was only one spirit vein left, and it could only sense the spirit of the sun. No matter how hard you tried in the future, you wouldn’t be able to become a strong practitioner.

“You conspired together to frame me and my sister the Grand Preceptor. Not only did you steal my position as Crown Prince, you destroyed my spirit vein and cut off my martial path. Such a great hatred cannot be shared!” “If I, Qin Yun, am successful in my cultivation, I will definitely uproot your powers!” Qin Yun made a vow in his heart. He was in such a predicament because of those vile and evil old v*als.

“Empress, Crown Prince, don’t think that I didn’t know you were involved in this!” It is fine if I do not become the crown prince, but to destroy my spirit vein, and to cut off my path of martial arts, this kind of great enmity will be slowly settled with you! ”

Qin Yun already possessed the Five Spiritual Pulse. Furthermore, he was the crown prince. He would definitely become a martial arts expert in the future to experience the vast and mysterious Nine Suns Nine Desolate World. He would never place the title of crown prince in his eyes because having strength meant everything!

After jumping down from the roof, he put on his custom-made heavy equipment and started cultivating in the evening.

He was wearing various kinds of heavy equipment, which added up to a total of more than 500 pounds. Since he only had an ordinary spiritual vein, which was different from how he could absorb spiritual energy and refine his body, he could only use this arduous method to train his body to gain strength.

“I must become strong, my fate must be in my own hands!” He wore heavy equipment that weighed a few hundred pounds and practiced a set of Spirit Tiger Fist.

This fist technique was something he had used all his savings to buy. Although it was of a low grade, it was able to temper his body and at the same time absorb spiritual energy.

For the past five years, in order to change his fate, Qin Yun had protected his dignity in order to possess strength. Every day and every night, he cultivated painstakingly without hindrance …

The fireworks did not stop until late at night. The air above the palace was filled with thick smoke and the smell of gunpowder.

Qin Yun was exhausted. Although cultivating day and night was tough, he could feel his strength increasing. It was the motivation for him to persevere!

“I’m really tired today, so I’m sure it will have a great effect. Let’s go rest.”

He arrived at the well and was about to draw water to bathe himself when an old man suddenly walked over.

This old man was the general director of the palace.

“The emperor ordered that ten days later, those princes who failed to enter the fourth level of the Martial Body must join the army and go to the border to fight against the beastmen army.” Steward Wang’s expression was solemn, a trace of sympathy flashed through his eyes.

When Qin Yun heard this, his expression changed. His body suddenly trembled as he clenched his fists, producing a crisp “cluck” sound.

Raising a group of princes would consume a lot of resources. If they were to send princes to join the army, not only would they win the affection of the citizens and soldiers, they would also gain the goodwill of the empire’s citizens.

There were nine levels of the Martial Body realm, and the first three levels were mainly about Qi Cultivation. If one’s Spiritual Pulse was too weak, it would be difficult to feel the sun’s spiritual energy and thus, have a huge impact on one’s cultivation.

Qin Yun only had a single spirit vein, so he could only sense the spiritual essence of a single sun. This was the main reason for his slow cultivation! If it was anyone else, they would have given up cultivating the martial way. Only he was bitterly persevering!

“If we escape now, we will be tortured to death if we are caught…”

Qin Yun could not hear Steward Wang’s voice behind him. He did not know when Steward Wang left either.

He stood blankly by the well, his mind blank, as if he had fallen into the deepest depths of a cold well and was constantly struggling. This feeling of helplessness caused him to feel despair …

When he was ten years old, he was just a child, yet his four spirit veins were taken by a vile official together with the poison concubine. At that time, no one had helped him.

From then on, he swore that no matter how much suffering he endured, he would become stronger!

The only way to become strong was to not be bullied, to not be robbed of everything, to not despair in the face of adversity!

At this moment, he was once again in dire straits, once again being desperately devoured. It made him feel as if he had returned to five years ago, when his spirit vein had been *ed out, an incomparably painful moment …

For the past five years, he had been ridiculed in every possible way in the Imperial Palace, and no matter how many difficulties he had encountered, he hadn’t been forced to give up on cultivating the martial way!

After painstakingly training, he finally received a ray of hope!

He had finally stepped into the second level of the Martial Body Stage!

In that moment, hot tears welled up in his eyes. His arduous cultivation had finally paid off!

From then on, he firmly believed that as long as he worked hard, he would one day become a martial dao practitioner and change his fate!

But right now, he was being forced to join the army to fight against the brutal beastmen. This was undoubtedly a death sentence, a complete end to his path of martial arts! 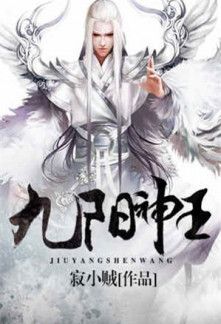