A red taxi stopped at the front doors of Kempinski Hotel, and a young woman, who appeared to be in her early twenties, stepped out from the vehicle. She was in a simple white cotton dress, and her long hair was loosely curled. Her look was neither gaudy nor lavish; it was simple, yet fully capable of withstanding any scrutiny. Her makeup was likewise applied lightly, and she clutched a white handbag in her hand. This, paired with a pair of plain black heels, made her look like a goddess from a secluded and peaceful oasis.

Her beauty wasn't the type to awe the m*es, but her facial features were delicate and easy to remember. She gave others the feeling of being caressed by a gentle spring wind. There were such women in the world, whose beauty was not stunning but still enchanting all the same. And it just so happened that Huo Mian was one of those few women, who could captivate those around her with her unique presence.

"Oh my, Huo Mian, you're here! Hurry upstairs to the Peony Room on the second floor. Everyone's waiting there. If they knew you came, they'd all be overjoyed!" At the door, old cl*mates who were in charge of welcoming guests gave her directions with warm smiles. Huo Mian nodded, returning the smile as she made her way slowly towards the second floor. She didn't know why, but she felt an unplaceable sense of unease bubbling up inside of her. This was a feeling that she hadn't had in a very long time.

Truth be told, she rarely attended these high-school reunions. It wasn't that Huo Mian was unsociable, or that she thought she was too good for them. Only that, during those three years of high school, someone left such a deep mark in her heart and soul that she had subconsciously avoided all of these events.

This time, she only chose to attend because her high school homeroom teacher personally called and invited her. Ms. Yao was over sixty years old and had retired a long time ago. From what Huo Mian heard, she immigrated to New Zealand with her daughter some time ago. But now, not only did she suddenly return to the country, she also organized this reunion. Huo Mian really had no reason to refuse. Although she was never the type of student that caught the teacher's attention through academics, she was as fond of Ms. Yao as her old cl*mates were.

Besides, that person's been missing for seven years. There is no way he will show up for this reunion, right? Re*uring herself, Huo Mian struggled to suppress her unease.

When she finally pushed through the door, there were already twenty or so people inside. Hearing the door open, they all looked over at the entrance and saw Huo Mian smiling timidly.

"Hi, everyone. It's been a while," she greeted.

"Hey, if it isn't the beautiful Miss Huo, what a surprise that you actually came to a reunion! Hell must be freezing over," one of her female cl*mates said in a mocking tone.

Huo Mian smiled awkwardly and didn't reply. Just then, the Cl* President, Han Xu, stood up and walked over with a warm greeting, "Huo Mian. It's been a while, everyone missed you! How're you doing these days?"

Huo Mian nodded. Finding a quiet corner, she sat down and listened to the loud banter of the cl*mates around her.

It had been many years since they graduated from high school, and everyone had changed. Some were now famous entrepreneurs, some were working for the government, and some others had gone to study abroad. All in all, compared to these people, the girl who'd once been touted as a genius with an IQ of 130 could not appear any more ordinary right now.

After graduating high school, she rejected colleges in the capital city and surprised everyone when she applied to the nursing school at a local medical academy. After graduation, she went directly into the provincial hospital to become a nursing intern, signing a 3-year contract.

Now, she had a stable relationship with an intern in the ophthalmology department of the hospital where she worked. Although his family background was fairly average, he had a decent future ahead of him. Huo Mian felt that she could ask nothing more from this life. She didn't wish for wealth and fortune, only stability and security.

Then, someone suddenly patted her back. Startled, Huo Mian turned around. 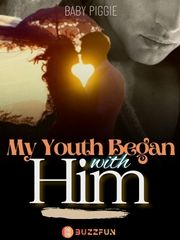