Misha Grachyov absently walked down the hallway, his gaze trained on the medical journal he was reading. Tall, dark-haired, and silver-eyed, he made head turns whenever he went, and with his imposing height and hard-hewn body, he looked more like a Cossack warrior than anything else.


Or at least Cossack warriors who also happened to wear gl*es and a lab coat over his school uniform.


Both male and female students he walked past were eager to greet the town’s hottest nerd, half out of sheer admiration and infatuation, the other half in hopes of exploiting a friendship with any of the Grachyov brothers. The Grachyovs were the wealthiest family in this side of California, and everyone knew that each son was slated to inherit at least a billion dollars from their Russian magnate father.


Misha walked past all of them without a glance.


Everyone silently sighed in disappointment, all of them having secretly hoped they’d be the one to break Misha’s legendary concentration. A moment later, the sighs turned into scowls and glares when they saw their target slow down in front of Room 1C.


They had hoped the rumors about the Grachyov brothers weren’t true, but now that Seri Devereaux was in high school with them, there was no escaping reality.


Misha Grachyov had a sister complex.


Seri rushed out of her cl*room the moment she saw who was waiting outside. What was he doing here?


A small group of girls had formed a circle around Misha by the time she reached him. They were all fawning over her brother, flirting with their gazes and cooing words, but Misha appeared oblivious to them all.


She tapped Misha on the shoulder. “Hey, Misha.”


He looked up right away, as if her voice was the only sound his ears recognized, and Seri could feel the other girls glaring harder at her back.


“Seri.” He smiled down at her. And then he blinked, as if only seeing the girls around them for the first time. He smiled at them, too, and the girls sighed. Out loud.


Seri mentally shook her head. Misha was so clueless. If he weren’t her stepbrother, she would have thought he was faking it. But because she had known him since she was five and had lived with him and the other boys since she was eleven, Seri knew it was real.


Misha was the hottest and most clueless nerd there was.


“So, umm, what are you doing here?” Aside from ruining her plans of becoming anonymous, she added silently. She had hoped high school would be different, and that maybe – just maybe – no one would know she was the Grachyov’s little sister. She had even left home ahead of her brothers, opting to walk to school rather than sharing a ride with them.


But all her efforts were useless now of course.


She wanted to get mad at Misha, but how could she, the way he was ruffling her hair with a fond smile on his face?


“Do I need a reason to see my little dove?” Misha teased.


Seri mentally cringed, knowing his pet name would just make the girls more jealous of her. She opened her mouth to tell him that he wasn’t ever to call her ‘little dove’ in public, if he still wanted her to live, but then she saw the affection in Misha’s silvery gaze—-


Seri said weakly, “”I’m happy to see you, too.” She could feel the number of glares that was being sent her way doubling as she spoke.


He raised his hand, lifting something up at eye level. “I also came here to give you this.”


Guilt singed her cheeks when she saw what he was holding. “Sorry,” Seri mumbled as she took her lunchbox from Misha. She knew how much work Fyodor put in every day, personally preparing her lunch, and this despite the fact that her stepfather had a full-time chef in his employ. It was a probably a Russian thing, the way they took deathbed promises a little too seriously. As part of his vow of being both Seri’s Mama and Papa, Fyodor had committed to doing everything Marianna used to do for her daughter.


Like, everything, to the point of even taking online cl*es for the art of bento making.


He patted her head. “Don’t forget your lunch next time, da?”


She nodded, hoping that would be the end of it.


But unfortunately, it wasn’t.


Misha actually leaned back against the doorframe, looking like he didn’t mind spending forever with her.


Which was great and all, Seri thought, if there didn’t happen to be scores of other girls in the same hallway, all wanting a piece of Misha…as much as they wanted to tear her into pieces.


Clearing her throat, she asked, “Aren’t you worried you’ll be late for cl*?” 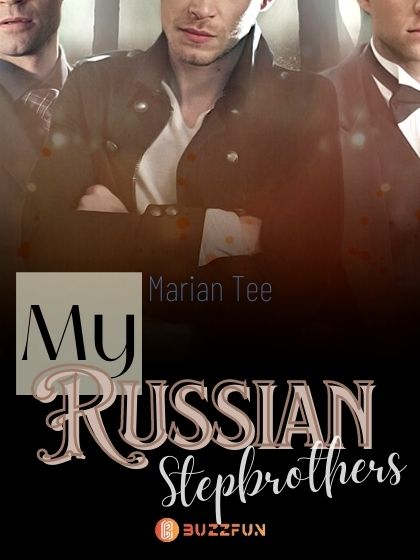