On a desolate street, a zombie was wondering unconsciously.

He grinned slightly, a trace of saliva hanging on his lips, a pair of reddish eyes showing blazing cold creepiness.

Not too far in the distance, there was a small abandoned supermarket. The gl* door spattered with brownish blood, through the open gl* doors one can vaguely see the crooked shelves, as well as scattered food.

Behind the supermarket’s door, there was also a middle-aged male zombie moving slowly. Judging by his clothing, he should be one of supermarket’s staff.

This zombie slowly approached the supermarket, after p*ing the middle-aged male zombie, he suddenly pulled out a chop bone knife, and he turned and forcefully cut off his neck.

Blood splattered, the headless zombie fell to the ground immediately.

And this strange zombie immediately grabbed a  bag from behind the counter, and began to rapidly gather food….

In a dark residence home, the sweating Ling Mo was looking at his hands of a bag full of food and a variety of household items with satisfaction.

And in front of him, there sat the zombie from the small supermarket. But the way this zombie looked at Ling Mo was without any trace of malice, just emptiness.

“Looks like I improved a lot from a few days ago, now I’m finally able to manipulate with flexibility.”

Ling Mo turned his gaze to this zombie, mouth revealing a hint of smile.

Two weeks ago, the emergence of a new virus turned the entire world into a slaughterhouse.

Countless human turned into zombies…. To be more accurate, after the virus infection lead to loss of self-consciousness, and then turned them into crazy killing monsters….

The survivors could only hide inside city’s corners like mice.

However, Ling Mo, who was once only a normal person, discovered his ability to control zombies after the arrival of the end of the world.

He could feel a hint of connection between himself and the zombies; empty-headed zombies are like thoughtless puppets, and he could inject his own thoughts into them, thereby manipulating zombies’ actions.

The start of experiments was very tough; zombies often escaped from his manipulation mid-way, and even endangered him in life threatening situations several times.

With the increasing number of attempts, Ling Mo finally acquired some techniques, this helped him to control zombies consistently, manipulate them to walk around, and help him to collect necessities.

But the distance could never be too far apart, which made Ling Mo somewhat annoyed.

He felt like he is a zombie puppeteer, but the lines in his hands were not long enough, and he was also not skilled enough.

However, to be able to survive on a much safer level, Ling Mo is very satisfied with his zombie controlling techniques. He called the zombie he controls as Zombie Puppet.

In the process of controlling zombie puppets, Ling Mo glimpsed that when he was controlling them, a violent felling was also affecting him.

Whether the influence was bad or good, he does not know yet….

During these days, Ling Mo had gotten a better understanding of zombie’s habits, unlike general zombies, these zombies are not the living dead, but living people affected by virus.

Even though the bodies are still alive, but the mind has turned completely into a monster. They attack uninfected survivors, tear these people’s flesh with strength much stronger than an average person.

The virus has completely destroyed their senses, dominated their thoughts, and turned them into executioners driven by their killing instincts.

In Ling Mo’s view, these kind of zombies are much more terrifying that the ones he saw in games and movies, because they retain their five senses. Whether it is sound or smell, it will all attract their attention.

“The sun is going down, we will call it a day.”

This residence home is not safe; it’s a temporary place for Ling Mo to say when controlling the zombie puppets.

After putting the food he gathered today into his backpack, Ling Mo shook his head which was hurting a bit, and he commanded the zombies to stand up.

Up close, with the zombie puppet standing right in front of him, Ling Mo still felt a sense of strangeness.

Although unlike the ones in the movies that exudes a rotting stench, this zombie still have a strong smell of blood. Virus infection made his face pale with glowing red eyes, through the slightly opened mouth, one can see stained pork on the teeth.

No need to think much, it must be the leftovers from eating human….

The zombie had good looks, about seventeen or eighteen-year-old teenager, but now his looks made him look like an evil spirit.

Ling Mo pressed down strong feeling of nausea, controlled the zombie to walk down the stairs.

From here to his temporary home, they needed to cross a street. When they came here in the morning, Ling Mo found some firecrackers, first he made some noise on the opposite direction and attracted most of the zombies from this street over there. However, there were still some zombies wondering on the street.

After they safely reached the intersection, Ling Mo saw, trouble is here.

Two zombies blocked the intersection, who knew where they came from, their bodies are full of fresh splattered blood, one of them even carried half human arm and was busy eating it.

In this provincial city that have millions of people, everyday there are survivors killed during their attempts to find food, so dead people are not rare.

But the sight of that arm wreckage made Ling Mo felt sad for the loss of his own kind. It was only because of his abilities that gave him a better chance to survive, so he can’t be careless or he can still easily become these monsters’ meals.

Ling Mo walked closer while carefully manipulated the zombie puppet, he raised the chop bone knife as he approached one of them.

While the other zombie were attracted by the sound, Ling Mo held the knife, rushed behind him and stabbed in his head.

The two zombies died almost simultaneously, after pulling the knife out with force, Ling Mo kicked over the body in front of him.

Ling Mo would not miss any opportunity if given the chance, even though it’s proven useful to manipulate zombies, but he must have the fighting ability to protect himself as well.

And Ling Mo faintly felt that when he beheaded zombies, some kind of violent cause in his body is affecting him, he even felt a moment of pleasure when he pulled the knife out.

“Virus is not going to be transmitted through spiritual contact, right…..if it can be contagious that way, I would have been infected ages ago…. If it’s not because of the virus, then what exactly is this feeling….”

Ling Mo was very concerned about this slight change, but he had no clues yet.

However, the ability to cleanly behead zombies and the fact that it’s getting better is a good thing for Ling Mo.

Before the end of the world, he was just an ordinary man. When he killed zombies for the first time, it was a scary exploration. Even after the killing, he felt terrified and his could not think straight for a while.

But in order to survive, it is necessary to enhance combat skill.

And in Ling Mo’s mind, he is always thinking about one person. To quickly master zombie controlling techniques, collect as many supplies as possible, and it’s all because he want to cross this district, and find her…… 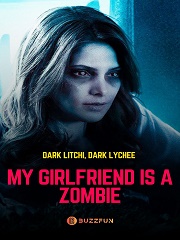