Qiao Mu 1 hid behind a tree as she watched Wu Yanzhen with a chilly gaze. Wu Yanzhen’s face was pale from diarrhea as she shot out from the back of a dirt pile while clutching her stomach, making Qiao Mu’s lips turn up in a smile.

Earlier, she had added something extra into this woman’s cup, and the effects were finally starting to show!

Like a nimble cat, Qiao Mu quietly snuck up behind Wu Yanzhen. She pursed her lips and tilted her head before patting the perfectly sized rock in her hand. Then, without further ado, she smashed it on the back of Wu Yanzhen’s head.

Dong, dong, dong! Three fierce hits landed one after another.

These hits caused blood to instantly flow out of Wu Yanzhen’s head with a gurgle. Her eyes shot open in shock, and she fell onto the ground with a plop before she could even choke anything out.

Since the spot she fell on also happened to be a slope, Qiao Mu didn’t need to do anything else. The woman tumbled down on her own and rolled to the side of a half-dug man-made irrigation ditch. She laid unmoving as half of her face was soaked in the * mud.

Qiao Mu languidly walked down the slope, then kneeled down next to Wu Yanzhen. She used both hands to grasp the woman’s hair and fiercely pushed her down, shoving her face firmly into the mud.

Qiao Mu still remembered how this woman had praised the rich family that was adopting her younger sister, Qiao Lin, to the skies. She remembered how this woman had embellished the charitable and benevolent qualities of that family when she had taken Qiao Lin away in her previous life. This woman made it seem like that rich family was akin to angels who had descended from the heavens to save humanity.

But what happened? When she met Qiao Lin again, her sister was laying in the icy rain, rags baring her body, and there was not a single untarnished spot on her. She had been thrown into the wilderness like a heap of trash, left for wild dogs to gnaw on her ragdoll-like corpse.

At that time, Xiao Lin’er was merely 12 years old! Such a young life at the age of 12, a life that should have been brilliantly vivacious, had instead turned into a frigid corpse.

This woman—this human trafficker who deserved to be banished into the deepest pits of hell—who had smothered her morality to earn this * money, had shoved her sister into hell. She had also harmed who knew how many children from the town’s impoverished families.

The woman beneath Qiao Mu hazily woke up while gasping for air, and she subconsciously started to struggle due to asphyxiation.

A cold, creepy glint emitted from Qiao Mu’s pitch-black eyes. Without any hesitation, she increased the force in her hands and firmly plunged the woman’s head into the muddy waters.

Gurgle, gurgle … This sudden push caused Wu Yanzhen’s entire face to be deeply entrenched in the mud. The sticky feeling flooded her eyes, ears, nose, and mouth, and it evoked a desire to sharply scream from fear.

However, opening her mouth merely led to several more gulps of muddy water gushing into her mouth with a gurgle. This caused her breathing to quicken and her brain to swell painfully beyond comparison.

Nonetheless, Qiao Mu’s gaze was icy as she stared stoically at this woman who was on the verge of death.

In the three days since her rebirth, Qiao Mu had been carefully contemplating her previous life’s events. It could be said that when she carefully traced the root cause of her entire family’s tragic fate, Wu Yanzhen’s appearance was the fuse that triggered the turn of events in her previous life.

Whether it was her mother’s p*ing caused by depression, her father’s forced remarriage, her step-mother’s deliberate negligence, her younger brother’s rebellious and prodigal character, or her and her younger sister’s miserable fates, it all had to do with this woman who was persistently struggling in the mud.

Hence, she told herself in her mind, “This duplicitous and extremely malicious Wu Yanzhen deserves to die!”

“Hm? Why do I kind of feel like I am being watched?” Qiao Mu subconsciously pulled her shoulders back. 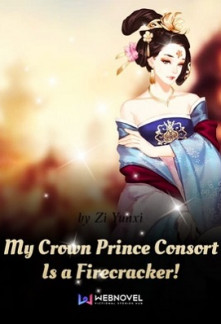