"I’m married." Thought Qingfeng Li as he held a small notebook and walked out of the Civil Affairs Bureau building, looking up at the sun above his head. He was still a little dumbfounded.

For a single guy, getting married was a big life event.

"After three months, we… will divorce."

A cold voice suddenly sounded beside Qingfeng’s ears and caused a slight change on his face.

What the f*ck, a divorce right after getting married? Are you f*cking joking me?

The one that spoke was a beautiful girl with snow-white skin, an oval face, pretty eyebrows, and a set of soft red lips that were bright red like cherries. Her bright eyes were like stars that could talk.

She wore a white long skirt, with long flaxen hair resting on her back. With a big chest and a firm butt, her body had a graceful curve representing an S-shape. It was a standard golden ratio figure.

The huge chest was especially attention-catching and eyeball-grabbing. It made it hard for people to resist the urge to reach out their hands.

Her name was Xue Lin, the number one beauty in Eastern Sea city, and also the CEO of the Ice Snow Corporation.

She was a well-known business woman in the business world, and had many titles, including but not limited to the Ice Snow CEO, Queen of the Business World and Unrivaled Beauty. She was the beloved goddess of all men in ES city.

Three years ago, the Ice Snow Corporation was on the brink of bankruptcy, but since Xue Lin took over the company, she was able to reform the existing system, employ talented people, and ultimately bring the corporation back from death, transforming it into a company that was worth several billion RMB in market value.

"Our marriage was agreed to by your father, are you sure he agreed to the divorce?"

One must know that Qingfeng’s identity wasn’t simple at all. He was the son of the capital city’s Li Family, a descendant of a family with a net worth of over several hundred billions of RMB.

Due to the disappearance of Qingfeng’s parents, he became an abandoned son, and was sent out of the country. Later, he became a mercenary and was able to form the Wolf Fang Clan, becoming infamously known as the Wolf King.

He was an underworld boss of the Wolf Continent.

However, Qingfeng had always been out of the country and had never seen Xue Lin before, so the two didn’t have any emotional foundations.

And two people with no feelings naturally wouldn’t like the idea of spending the rest of their lives with each other.

So, right after they picked up the marriage license, they began to talk about divorce.

"After three months, whether you like it or not, I will divorce you."

Xue Lin’s beautiful face was ice cold, and there was not a trace of emotion.

The reason she agreed to marry Qingfeng Li was due to her father pressuring her because her father wanted to form a bridge to the wealthy Li Family.

If Xue Lin disagreed, then her father would take back the Ice Snow Corporation.

Although Qingfeng had a good nose line and a handsome face, he was poorly dressed, with camouflage clothing and a big pair of slippers… Xue Lin was a hygiene freak. Obviously, she wouldn’t like him.

To be her man, one must at least be a well-accomplished gentleman.

It was just that Qingfeng only had a pretty face, and nothing else.

Although this was the first day Xue Lin met Qingfeng, she could already list a hundred of his shortcomings… *, smokes, lazy…

In Xue Lin’s eyes, Qingfeng had no impressive or likable qualities.

And when you disliked someone, everything you saw about him was a weakness.

Xue Lin got into her BMW, started the engine, and sped away, leaving Qingfeng on the sidewalk by himself.

Qingfeng was left on the sidewalk, and he felt a little uncomfortable.

The two of them signed the papers, so they were legally husband and wife now.

Although the two haven’t done the nasty, nor even held hands, it was just a bit not right for Xue Lin to leave him by the road.

As for trying to cling on, are you joking me? Xue Lin just needed to put up that cold face, and she was already invincible.

The Ice Goddess title was there for a reason.

"Whatever, I will just take the bus back." Qingfeng took a look at the scorching sun above his head, narrowed his eyes, and walked towards the bus stop in the not-so-far distance.

Qingfeng tossed a coin in, and then lazily got onto the bus.

He walked towards the back of the bus, and stopped at the only vacant seat on the third last row beside the window.

"Hey beautiful, can I sit here?"

Qingfeng smiled and said to the girl sitting beside that vacant seat.

She was very pretty, about 23 or 24 years old. She had a charming face, pretty nose, bright eyes, and was in a professional outfit that did a great job exhibiting her graceful and exquisite body.

Hearing Qingfeng’s words, the long-hair beauty just faintly glanced at him, and then immediately looked elsewhere and ignored him.

The long-hair beauty’s name was Wanqiu Xia, and she had already gotten used to all the pickup lines like the one Qingfeng just used. Men always followed the same steps. They all wanted to get her attention and then ask her out.

So for people that just approached her without a valid reason, her principle was to ignore them.

"Another… cold beauty." Qingfeng frowned, sighed, and then sat down beside her.

To be honest, he was starting to miss the life back in the Wolf Continent. Although the smoke of battle was always in the air, and the war raged throughout forests, but the women there were all very open. Just one look from a handsome and accomplished man like him was enough to steal their soul.

After returning to Eastern Sea city, Qingfeng already met two cold beauties. One was his wife Xuelin, and the other one was the long-hair beauty in front of his eyes.

Although she was pretty, if she was cold like an iceberg then it was just boring.

Wanqiu suddenly groaned, and signs of pain appeared on her pale and charming face.

She felt like her stomach was stabbed by a needle. It was a wave of sharp pains.

"Beautiful, are you okay?" Qingfeng frowned and asked with concern.

Wanqiu difficultly said as her forehead was covered in sweat. The bright charming face from earlier only showed a painful expression now.

Qingfeng took a close look, noticed that it was a little grey around her eyes, and her ears were a little yellow. These were symptoms of appendicitis.

"Beauty, you have appendicitis." Qingfeng said with a little frown.

"How do you know?" Wanqiu asked as her eyebrows blinked with her beautiful eyes. Her pretty face had confusion written all over it.

She went to the hospital yesterday and was diagnosed with appendicitis. The doctor advised her to check in at the hospital for operation, but she was too busy with work and had no time.

For her career, Wanqiu just had the doctor prescribe her some medicine, and hurriedly went to work. Who would’ve thought that the drug was that useless, and it had only been one day before the symptoms started appearing again?

"Beauty, the symptoms of appendicitis are panda eyes, abdominal pain, fever, abdomen muscle tension… I can help treat you."

Qingfeng’s eyes were very sincere, he also listed the symptoms that Wanqiu was experiencing, and wanted to treat it for her.

He just couldn’t have a pretty girl like her suffer. This was a crime! For pretty girls that are sick, one must take good care of them.

"Okay, what do you propose?" Wanqiu Xia’s lips slightly pouted, seeing Qingfeng’s sincere look, she decided to temporarily trust him.

Of course, the reason she trusted Qingfeng, besides the sincere eyes, was also because the symptoms that he mentioned were the exact same as the doctor.

"Don’t worry, this will only take a little time." Qingfeng slightly smiled and told her not to worry.

Qingfeng took out 9 silver needles, used the [Nine Needles of Fate], instantly placing them into the appendix, shen que, guan yuan, and another 6 acupoints.

He must say, her body was really perfect. Just those pairs of legs, he could give it 99% rating, with the only reason it not being perfect being that she didn’t wear stockings.

As he made contact with the snow-white legs, it felt as if all the pores on his body opened up.

Such beautiful legs, what a lucky * one must be to be her boyfriend.

"This guy, seems to have other thoughts…" Wanqiu Xia’s face blushed, and her ears were red too. A hint of shyness appeared in her beautiful pupils.

It was her first time coming into physical contact with a guy like this. She felt a little numb, and her heart felt like a little deer jumping around inside her body.

"Pervert, what are you doing? Hurry and cure the pain." Wanqiu spoke quietly as her eyelashes trembled, already placing a "pervert" tag onto Qingfeng.

But she actually misunderstood Qingfeng. He was trying to find the right acupoint and that’s why he looked as if he was feeling her up.

"Sorry, got distracted." Qingfeng awkwardly smiled, and then his right hand moved in, slowly inserting the needle to about 1.5 inches into the acupoint, and gently rotating it at the end of the needle.

He knew that the appendicitis attack was caused by eating cold food.

He rotated the needle in order to let it warm up, which can dredge the meridians and simulate more blood movement to drive away the coldness.

The coldness that silted inside Wanqiu’s body slowly was released after Qingfeng’s acupuncture treatment, and her face slowly became ruddy.

"Thank you, I’m fine now." Wanqiu blushed as she thanked Qingfeng. But what happened just now still made her a little shy. 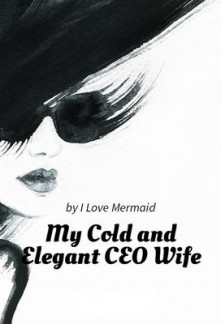