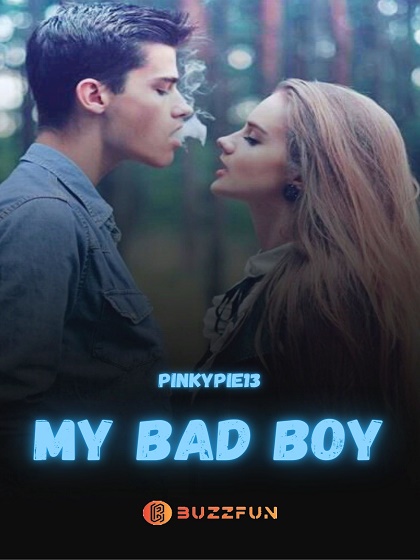 Ashley Sunshine is ready to go off to college and start a new life since her high school experience wasn't...very fulfilling. Her college Richwood University is explained in the name -Rich. Ashley barely got in with her scholarship -using her mother's money of course- and gets one of those special circumstances where her roommate is a guy. Who is he?? Mysterious that's who he is. Jackson Miller the bad boy didn't get in with a scholarship nor did his parents pay for his college so how did he get in? and why the hell is he so hot??? ~ "I know who you are," He said running his hand through his hair and my eyes apparently had nothing better to do than stare at his body. " You're a rich little good girl who ran away from mommy and daddy because she wanted to have a little adventure in her life." "Wrong." I forced myself to meet his Hazel eyes and he smirked. Right. "In fact," He walked over to me so quickly I gasped unexpectedly, then slowly bent over to whisper in my ear. "I bet you're still a virgin" "Wrong." I shivered at the closeness of his lips to my skin then took a step back. Right. "Actually," He grinned pulling me to him, so close our lips were only centimeters apart. "I bet you haven't even had your first kiss yet" " Wrong." I blushed my face turning scarlet. Right. He slipped past me into his room and before he closed the door he said. "I know how those stories go -hope you don't fall for me". "In your wildest dreams!" I snapped and the door slammed shut. ~ You might think you know how the story goes, but this one comes with a big twist. Will the good girl change the bad boy? Will the bad boy change the good girl? What is the bad boy hiding? and most importantly, what is this "big plot twist"? Read & Find out! (DISCLAMIER: May contain short violent scenes.) ◈A C C O M P L I S H M E N T S◈ #1 Dorm (longest running) #1 Adrenaline #1 Melodrama #12 YA