Within L City’s Talent Agency Headquarters, a skinny bespectacled man was currently seated at a desk while a tall and sturdy man stood in front of him.

The large man had a strong square jaw, sharp eyebrows and radiant eyes. His overall appearance had a hint of nobility in it and he even had a strong valiant aura about him.

“Name? ” The bespectacled man was visibly upset by the strong presence of the man in front of him and coldly asked.

“And what are your academic qualifications?”

“I… I don’t have any…” Wang Yu sheepishly replied in a low voice.

Upon hearing his reply the bespectacled man started chuckling to himself ” Hehehe, then I think you may not be suitable for us at all. Our company is one of the top 500 in the whole of China. The people we recruit are all at least university graduates…”

“Ai…” Wang Yu let out a sigh and dejectedly got up and started leaving to find a different company.

“Hey! Wait a moment!” The bespectacled man suddenly called out to Wang Yu: “Even though you don’t have any academic qualifications surely you must be good at something right? We have a factory that’s currently looking for mechanics.”

There were still people who believed in things like “martial arts” in this day and age? He might as well have said that he could control a flying sword! At least that way maybe there would be a delivery company out there that would hire someone with such a skill.

“Interesting! Very interesting! Did you guys hear that? He says he practices Martial Arts!” The bespectacled man laughed coldly as he pointed at Wang Yu and said to the two men by his side.

There were still people who believed in a joke like “Martial Arts” in this day and age? Everyone who heard the bespectacled man instantly burst into laughter.

Seeing everyone around him laugh slightly infuriated Wang Yu. Practicing martial arts was nothing to be ashamed of! What was the point of laughing so loudly at it?

“Hahahahaha what a *! “The bespectacled man mocked loudly.

Wang Yu glared at the man and said: “Show some respect when you speak!”

However, the bespectacled man simply continued to mock Wang Yu “Respect? How about you take a good look at where you are right now! You better get the f**k out of my sight before i call the cops on you!” At the same time, he grumpily said to someone next to him: “The day just started and I’ve already met a madman, what horrible luck!”

“Reason before might…” Wang Yu angrily glared at the bespectacled man. As he thought of the teachings of his family that were ingrained in him since childhood he slowly loosened his clenched fists and silently left the building.

After leaving the talent agency Wang Yu was very depressed. With heavy steps, he slowly walked towards the most luxurious and high-end district in L city — Moonlight Cove.

The moment Wang Yu opened the door, a young and beautiful woman wearing an apron immediately pounced forward into a hug and kissed him. “Where did you go just now? Quickly go and take a break. Breakfast is almost ready!”

Wang Yu briefly grunted as he opened his bedroom door and went to lie down on his bed with his thoughts in complete disarray.

How did the world even end up like this? Was knowing martial arts a crime or something? In the two months since he had started job hunting Wang Yu couldn’t find a single decent job! A strong young man like himself was depending on his wife to feed the family!

“Coming!” Wang Yu then retrieved his slippers from beneath the bed and dejectedly walked out of the room.

Seeing the table full of delicious dishes made Wang Yu feel even worse about himself. He held half a bun in his hand and just started to space out.

“What’s wrong honey? Are you feeling down about something? Or is the food not to your liking?” His wife asked.

His wife instantly shook her head disapprovingly and said “And how would that be acceptable? I may not know any martial arts but I know that you martial artists need the proper nutrition to go along with your training. Though we may not be able to compare to the food at your place I definitely won’t let you go hungry!”

What Wang Yu’s wife has just said was absolutely correct. The greatest need of any martial artist would have to be his nutrition. If you were always weak and starving how would you be able to practice martial arts? For example, as the undisputed genius of his family, Wang Yu used to have his own personal nutritionist and m*euse amongst many other things. That kind of treatment was worlds apart from his current life.

“Forget it… Then just let me truly become an ordinary person. If we continue on like this it’ll be too much for you to handle and I can’t do anything for this family either…” Wang Yu sighed.

Seeing his wife still wearing autumn clothing in the middle of winter caused Wang Yu to feel a pang of guilt in his heart.

Hearing this Wang Yu’s wife lightly smiled. She put down her food and gently caressed his cheek and said “Compared to what you sacrificed to be with me this kind of suffering is nothing. As long as I find another job it will be ok. I’ll go to the take up the waitress job in the restaurant in the small nearby street. Its $80 a day and they even provide meals.”

“I… I…” Tears started welling Wang Yu’s eyes but he quickly fought them back.

After finishing their meal his wife started to clear the table while Wang Yu went out to the balcony and silently started hitting the training pillar outside. “Boom! Boom!” Wave after wave of loud bangs continuously sounded out.

After she finished cleaning up Wang Yu’s wife went out to the balcony to talk to him. “Honey if you’re bored why not go out and take a walk?”

“I’m not bored. I’ve been cooped up at home since I was young. I’m already used to it.”

“Oh right, my company recently released a new game and it’s all the rage lately. Do you wanna try it out? I can get you all the equipment you need to get started!” As she spoke, his wife’s eyes suddenly lighted up.

Wang Yu stopped hitting the pillar and turned around to speak. ” A new game? Equipment? It’s really expensive isn’t it…”

“No! Not playing!” With that Wang Yu returned to hitting the pillar.

“Ai…” Hearing Wang Yu’s reply, his wife let out a soft sigh and said ” Well ok then I’m off to work. Remember to help me keep the comforter on the balcony later in the afternoon. Oh and later around 4 there’ll be a few potential tenants coming to look at the house.”

After she left the house, Wang Yu put on a shirt and his shoes and started walking towards the talent market again.

“I’m already like this and you still want me to play games… Oh Honey… Are you trying to raise me like a son?” Wang Yu bitterly laughed and mumbled to himself.

Wang Yu’s wife was named Mu Zi Xian. She worked in customer service in Soaring Dragon Game studios and typically earned between 5000 to 6000 a month. In the current economy with an income of this level, it wasn’t a problem for a family to be able to live comfortably in the city. However, with the appetite, Wang Yu had, five to six thousand a month was not even enough to keep him fed.

Thankfully the two of them still owned a house. Otherwise, they wouldn’t even be able to afford to rent an apartment and would have to camp in the open. In their current circumstances, Wang Yu and his wife were trying to rent out the two spare rooms in their house to ease their burden.

The Talent Market was bustling with activity and really living up to the word “market”. Anywhere one looked they would see countless people feel it employment. All of these people held a little sign with their skills and specialties written on it hoping that someone would take notice of them and hire them.

Since he spent his whole life pursuing martial arts, Wang Yu had been homeschooled since his childhood. Hence he did not have any sort of academic qualifications and was rather helpless in that regard. Furthermore, since he practiced martial arts, all his meals and lodgings were taken care of for him by other people. Aside from his bottomless stomach Wang Yu didn’t have any particular talents. Let alone something like a specialty.

Wang Yu didn’t dare to write that his specialty was martial arts fearing that people would mock him for it again. This kind of mockery was extremely harsh to hear and to Wang Yu it was as though these people weren’t mocking him but mocking martial arts itself…

Since his youth, learning martial arts had always been Wang Yu’s pride and glory. What he hated the most was others trampling on that which he loved the most.

Even after squatting at the side of the street for more than an hour there still wasn’t a single person who even looked straight at him.

Having waited so long without any harvest Wang Yu’s mouth had long since dried up. He then left the Talent Market and walked towards a small a small drink store nearby to buy a bottle of water when he suddenly remembered that he had spent his last two dollars in the morning taking the bus…

Not knowing what to know Wang Yu just stood there awkwardly with his wallet in hand. Looking at his pitiful state, the shopkeeper indifferently pointed at a nearby water fountain and said: “There’s some tap water over there if you really want.”

Wang Yu let out a sigh and was about to leave when someone running past him knocked his wallet out of his hand, causing it to fall on the ground and drop a few bring red notes.

Seeing the money Wang Yu’s tears immediately starting flowing down his cheeks. This few hundred dollars was definitely placed in his walled by Mo Zi Xian. She knew his pride was too strong so she secretly stuffed the notes into his wallet. He had such a good wife and not only was he unable to bring her happiness he was even a burden to her… As a man, he had completely failed!!!

“Stop that man! He stole my purse! Someone block him!”

Suddenly a shrill voice rang out, pulling Wang Yu back to reality. 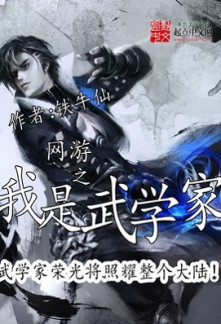