Green peaks loomed, hidden behind surrounding clouds. Dense tall trees covered the high slopes as they swayed under the wind. The mountainous woods was seemingly tranquil and quiet on this dawn…..

However, deep within the remote and desolate woods, a cruel and bloodied scene was unfolding at that very moment.

A girl dressed in fine satin silks was being held down in a kneeling position with her arm twisted behind her back by two burly men. Her head hung low, barely conscious, her messed up hair covering over her face quickly getting soaked by the blood gushing out from her face. The bright red blood dripped drop by drop off the ends of the hair onto the ground, slowly seeping into the earth.

The badly weakened young girl gritted her teeth to raise her head when she heard footsteps approaching, revealing a blood covered face. That was a face that had been badly disfigured, the flesh on the face slashed open by blades, looking a complete gory mess, a shockingly terrifying sight to behold.

“Who are you? Why do you want to harm me?” The young girl’s voice was extremely weak, as it came out of her throat barely a whisper. She resisted strongly against blacking out from the excessive loss of blood as she focused her gaze on the face before her, shielded by a light gauze veil, and the shapely body of a beautiful lady.

The veiled lady wore a dress of light blue, the colour of cloudy skies, with t*els of the same colour hanging down softly from the hip, swishing gracefully in tandem with the lady’s light steps.

The lady’s steps stopped before the young girl who was held down to kneel on the ground. The lady glared down at the disfigured young girl, her beautiful eyes curved into two crescents as she smiled and said: “I am Feng Qing Ge, the Eldest Young Miss of the National Defence Mansion, daughter of the formidable General Feng Xiao. The Feng Family’s Young Miss, the future inheritor of the Feng Family, and also, the fiancee to the proud son of the Heavens, the Third Duke of the Sun Glory Country.”

The familiar sounding voice and the words the lady in front of her said, made the young girl open her eyes wide in shock. “You! Who are you really! ? I am Feng Qing Ge! I am the real Feng Qing Ge!” The weakened body trembled as a thought formed in her mind, her eyes filled with disbelief.

Fair slender fingers gently tugged and the light veil covering slowly fell. A face of unparalleled beauty with delicate features was revealed and reflected in the young girl’s widened eyes. When she saw the all too familiar countenance before her, the young girl was suddenly too shocked for words.

The flawlessly beautiful face raised up slightly as she glanced at the shocking and terrifying looking girl on the ground. Her voice was filled with endless anticipation and almost irrepressible excitement as she said: “Feng Qing Ge, from today onwards, I will be taking over your identity, your status, and naturally everything you own entirely. As for you…..” Her voice paused a moment and she gave a soft laugh. “As intelligent as you are, why don’t you guess what would happen to you?”

Su Ruo Yun was an orphan who had grown up together with her. She had picked her up from the streets and brought her back to the National Defence Mansion and kept the little orphan girl as her companion. The little girl had become a close friend whom she was able to talk to about everything under the sun, someone she had seen to be as close as a sister…..

So, she would never have thought, that the person who had gotten her disfigured, who wanted to steal her identity, would turn out to be Ruo Yun…..

“Why? I treated you so well. Why are you doing this?” The pain of being betrayed sliced at her heart. When she thought of how her face had been disfigured, how her identity was about to be stolen, and would they would all be unknown to anyone, a burning hatred began to pound from within her heart.

“Why? Ha. Of course it’s for everything that you possess. A grandfather and father that dotes and spoils you, a proud son of Heaven that loves you to bits, and…..” Her cresent smiling eyes looking at Feng Qing Ge on the ground. “All this will soon belong to me. The indulgent pampering of a grandfather and father, the deep love and gentleness of Big Brother Murong, will all be mine.” 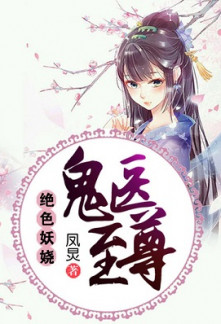